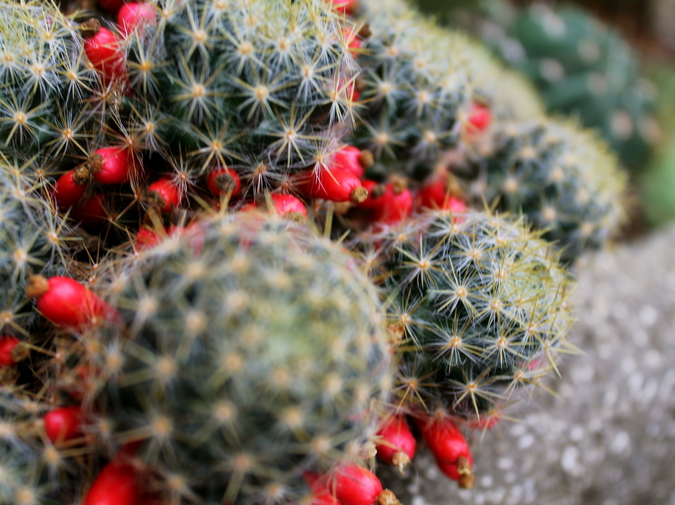 Edith stood close by in case they needed her, but stared out the doorway at the pickup truck. The patients at Marange’s clinic stared at the blue mosquito nets knotted above their cots—too weak with malaria and TB to turn toward the commotion.

More men than she had ever seen in the clinic were hovering around the two on the floor, arguing over the best way to carry the bodies. Blood stained the floor and the shoes and pant legs of the standing men. Flies buzzed around the open wounds, settling in moments of stillness. The bodies groaned softly. One head was split open. The skin gaped in a clean cut to the skull. The gashes all over their bodies also looked like cuts to the bone but were only scrapes that had bled and bled until they became patches of white and pink on the dark skin. The men finally stooped to lift the bodies. They held the edges of the plastic mats and the bodies sagged; they, like Edith, seemed afraid of the blood. Not exactly a fear of contracting HIV, but a sort of deference. The blood, the disease in the blood, silently ruled over rural Zimbabwe, even though men like Kuku joked, you don’t wear a raincoat in the shower. Malaria will kill me first, he had laughed. Perhaps he only said those things to her, an American volunteer new to the country, to shock her.

One body hung so low on the mat that its rear bumped against the stairs of the clinic as the able-bodied men carried it. Edith followed, stepping over the slick spots on the concrete, shiny beneath the midday sun.

The mats fit side by side in the truck bed. The bodies were still breathing, but the men somberly bowed their heads as if sending off corpses. She latched the gate of the truck bed, and a young police officer jumped in the passenger seat of the cab. The policeman’s air of entitlement—that this ride was his right—made her side with the bloody diamond miners. She wanted to refuse him a ride. This vehicle belonged to the orphanage, bought with donations from America. Diamond revenue should have made Zimbabwe’s government rich enough to pay for police cars. Or ambulances.

When she buckled her seatbelt, she saw the forms in his lap. Police orders. The bodies in the back of the truck were under arrest. She had heard that the government stocked the jails with lice that swarmed on your first step into a cell. Nightmares of these prisons—stuffed with human shit and human bodies—had kept her awake some nights. She had come to volunteer at an orphanage, but she had found herself acting as an ambulance driver. She blamed herself when the people she brought from the rural Marange clinic died in the city hospital as if the jolts from the potholed highway had killed them. As if she had killed them. She had come to save them. She had thought that she could. It was only a matter of time before the police brought orders for her, a murderer, and maggots and lice would feast on her body in a jail cell.

Sometimes there was no diesel for the truck, and she couldn’t drive any patients at all. When there was diesel, she would wait in long lines and have to pay in crates and crates of Zimbabwe’s million dollar bills. Inflation continued to rise as the elections drew near. The newspapers in the city were campaign posters for President Mugabe—running slogans as if the U.S. were invading through the puppet opposition party. The war hero Mugabe would save the country from evil Western forces. Zimbabwe would never be a colony again. The British were spreading cholera. If it all weren’t so sad, it would be hilarious. The sidewalks were littered with worthless thousand dollar bills. She had wanted to smile when the Social Welfare officer had demanded that the orphanage pay the government for years and years of what the administrator should have been withholding from the workers’ salaries. Would fifty million dollars cover it? She could find that among the litter in the gutter. The officer, Ms. Mutasa, had wanted a bribe, but the government couldn’t shut an orphanage down. Not now. Even if she couldn’t save anyone, she could offer the villagers a little food. While the newspapers claimed record highs for the harvest, villagers sifted through cow droppings for undigested berries to eat.

Edith had apologized to Ms. Mutasa and had promised that next month their books would be in order. These are hard times. Ms. Mutasa had nodded.

“These are hard times, sister,” the policeman said. “Do you have a cold drink for me?” Edith felt her frowning brow pressing against her glasses frames, her breath fogging the lenses. She was thirsty, too. The men in the truck bed, if they hadn’t died yet, would also be thirsty. She would buy them Coca Cola, but this policeman could pay with money from the fines he extorted at checkpoints.

“I thought you didn’t like Americans,” she snorted. The papers said America was starving the country with illegal sanctions. But she saw USAID sacks of grain distributed to President Mugabe’s supporters. The policeman had a gun on his hip. Still, he seemed small, a slender boyish build. He couldn’t do anything to her, she tried to convince herself. She was American. The Embassy would be outraged. But the State Department’s website warned Americans not to travel to Zimbabwe. The large painting of President Mugabe over the arrivals hallway at the airport seemed to warn: Enter at your own risk. An American missionary had been shot in the head for driving through a police checkpoint.

“That is politics,” the policeman laughed, another joke she didn’t understand. “But all the papers, they say America is to blame for the country’s problems.” “Campaigning. These are hard times,” he repeated.

She noticed that he was staring at her cheap watch from the market. Its digital face flashed I LOVE YOU above the time.

“I could use a watch, sister.”

Fifth gear now. The wind beat against the truck, perhaps stinging the open wounds of the bodies in back—if they had enough blood pumping through them to feel.

“Do you know what happened to them?” she asked. She couldn’t help it. The note that the nurse had sent to the orphanage said only that two illegal miners had been injured. They needed transport to Mutare General.

The policeman gestured with his thumb to the truck bed. “These thugs? They were stealing our diamonds. The riches belong to the country. To Zimbabwe. But these thieves are greedy. They want the diamonds all to themselves.” The truck hit a pothole, and they both bounced in their seats. Behind them, the bodies thudded.

“The illegal miners, they try to steal from us. We police guard the diamonds. These thugs, with their friends, they took many diamonds and were trying to run to South Africa. But someone told. Kuzvitenhera mukawna meshumba. How do you say? They walked into the mouth of the lion.” The policeman chuckled. “Machetes and rocks. But several got away. Only these two will be brought to justice.” He tapped the translucent forms on his lap.

“Ah, sister. There is no escaping justice.”

She slowed at another roadblock. Soldiers, not police, guarded this checkpoint. Soldiers had been replacing policemen along the road to the diamond fields—only about twenty kilometers from the orphanage. Soon they would take the field from the policemen as the policemen had taken it from the masses who had rushed to Chiadzwa. The alluvial diamond fields sparkled like the night’s sky, the villagers said. But the police had let their dogs loose on the locals who took handfuls of dirt from the fields. The police had laughed as the dogs tore apart women: They like breast meat.

The policeman leaned over Edith to speak to the soldiers in Shona. She could smell his sweat, which smelled as badly as hers. The day was hot. When he said the word magweja, diamond miner, the soldiers squinted against the glare and peered into the truck bed. One winced. The other shouted something at the lifeless bodies and struck the side of the truck.

“Go,” the policeman told her. She fumbled with the clutch. She was tired. The old Toyota could not move quickly. Most of the letters had fallen from the gate of the truck bed, so they called it the “O O” truck. The fancy cars of men rich with diamonds would sometimes overtake them on the rural highway at great speeds. She was tired of driving the dying and returning bodies. Staring at the ground, she had handed parents their baby in a shoebox.

“Do you have a pen?” the policeman asked, examining the forms to be filled. The worn paper looked improbably thin; any pen mark would pierce it.

No. She did not want to do this. But she was needed. Necessary. Doctors no longer visited the rural clinic, where the nurses would turn away patients when they ran out of plastic gloves. Which was often. But why did she feel as if she had killed those whom she drove to the hospital only to die?

A huge semi-truck barreled around the bend, and Edith had to pull slightly off the road so it could overtake them. Instead of two half-dead miners in the back, this truck was overloaded with young men.

A boy had climbed up behind the lorry’s cab, his top half exposed, his arms outstretched. She saw him for only a moment, though she swore he smiled. Blissful. Ready to embrace the wind beating against him. He looked ready to fly. Rise.

Greta Schuler is finishing a novel set in Zimbabwe and beginning an essay collection about sex workers in Johannesburg. Her work has appeared in various journals, including the Crab Orchard Review, Creative Nonfiction, Confrontation, and PANK (online). She currently resides in South Africa, where she is a PhD candidate in Creative Writing at the University of the Witwatersrand