The Disrupted Tour by the Veterans Tower 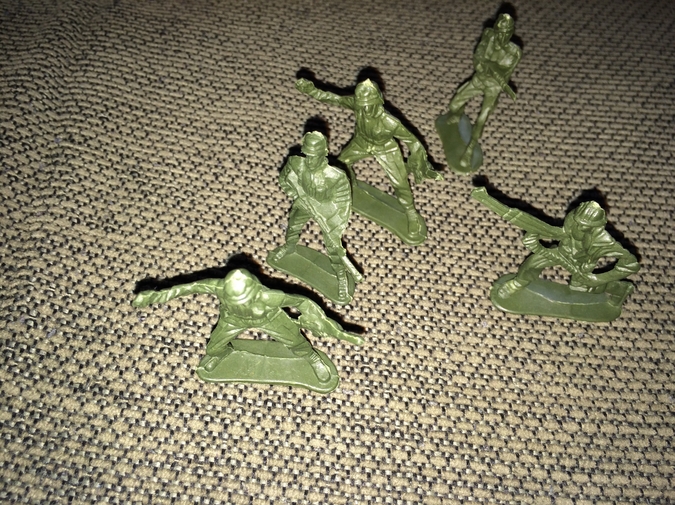 From the Fray Hold Fast

They filed, rather than fled. Faced with the swirling chaos of three days ago, I must hold fast to certain truths. This is one: orderly filing. Despite a work-study wage, the tour guide performed duties with tremendous equipoise. Parading charges to a location beyond the degraded radius, beyond the police tape. Where ice water and calm souls in business attire attended them. Oh, the police tape. Dreadful, dreadful. Chilling, chilling.

It tears at you as an educator, an administrator. You want a campus seen in best light. Light assuredly not involving day-glow police vests. Yet for there to be a best light, there must be a worst. To illuminate where you fall within the spectrum of glow. For those hours, we fell far on the dim, grainy side. I’d hoped to honor the guide’s glow and grit at a press event. She has, however, withdrawn from school. Oh, dreadful, dreadful.

The first witness to the box strolled by an hour before the tour. An employee. Pruner of our trees. Our majestic maples…our oaks, or…well. Who has time in this life for tree taxonomy? He should have said something immediately. He knows that now. Since the incident, I’ve pointed out his error on numerous occasions. During our initial chat within the box radius, during phone calls, texts, and finally, our exit interview upon his termination. He should have said something. Had he, we’d have rerouted the tour.

He did not. As a result, parents and prospective students are bailing on tours. Many others have plagued our admissions office with postponements, which of course is polite euphemism for cancellation.

The package did not deploy beside the parents and prospective students, and for that, I find relief. By time of deployment, the tour group had nearly exited the Veterans Tower, about to hear the statistic, I’d imagine, of how many university alumnus have faithfully served our armed forces. The box, though shoddy, was not shoddy enough. Less shoddy, and it would have deployed earlier, to an empty room. More shoddy, and it never would have deployed at all. And certainly not when that idiot student—

No. She should not be blamed. There was a perpetrator.

Our student should’ve resisted curiosity. Curiosity is a core tenet of our university—perhaps it should no longer be? Should we form a committee to consider striking the word curious from our mission statement? Although I was leading a crucial committee meeting when the box deployed, if I had been closer to the scene, I’d have instructed the tour guide to conduct an exit poll of parents and prospectives. See if walking near the suspicious box, hearing it deploy, had negative impact on their view of our university; on likelihood they will accept an invitation of admission; on likelihood they will inform circles of friends about any resultant distaste; on likelihood this distaste will influence or impede potential endorsement of us.

The adjectives most used to describe our university grounds are bucolic and somnolent. What happens if the injured student agrees to interviews? I cannot direct her (according to our current team of lawyers) to sign a gag order. If the sight of her—bruised eye, woozy speech, mangled hand—permeates airwaves and Internet, bucolic and somnolent will be shipwrecked sailors on our campus’s former sea of tranquility.

The fray has clarified this. The employee who strolled by—worthless. He held a sharp implement. His job was to shear tiny twigs off majestic trees, so students wouldn’t be struck and sue for acorn bruises. But a suspicious box he lets slide? The media? No friend. If the student hadn’t touched the box, they’d have reported a mere scare. Shot B-roll of Bomb Squad detectives in HAZMAT suits, sending parents’ heart rates racing for a time. But in the end, we’d have been seen as prudent, as transparent. Would have gotten those parents back. Whereas if the student had actually suffered mortal loss, the chaos would have been deemed a tragedy. We’d have to parry preparedness questions about holes in our secure citadel, sure, but the anger would have settled on the box’s creator. On our lockdown procedure. Our rapid response.

Instead, we dwell in limbo. Because the student suffered serious but non-dire injuries, the media calls it an incident. Why not refer to it as an averted tragedy? Or noted the scare was contained thanks to quick-thinking leadership? They are lemmings of language, yellow-hearted Hearst wannabes. In the post-mortem (dreadful, dreadful), they reported a forensics team’s revelation of explosives rather than confirmation all materials are contained. Stated the tour was in troubling proximity to the box, rather than a significant distance from the actual chemical chain reaction.

The box was traced to a student. This fray always had behind it the markings of a Kensington College “scholar.” Just the mix of sinister and stupid I expect from our benighted neighbors one town north. Kensington admits more students with perp sheets and prior felonies than National Merit Finalists. They may as well nix mortarboards at graduation ceremonies, dispense instead paper hats for students to don, from the drive-thru chicken wing place in their town square. One-hundred-percent placement rate! So when I heard the first reports, I thrummed with hope. Briefly.

But of course, the perpetrator turned out to be ours.

Parents will revolt over that. Wonder what kind of troubled fools we foster, what kinds of miscreant minds. If this happened at MIT, the responsible party would be lauded for ingenuity, set up with a plum Department of Homeland Security position. Not here. What will this do for our selectivity? Our endowment! Chilling, chilling. Science budget routed—or rerouted to some quick fix, terrorist deterrence center. Like I’ll get a benefactor to slap his or her name on that.

The perpetrator was our science major; his anarchy effort so wayward, his feeble detonation device so ill conceived, the thing only triggered after being mishandled like a magic-8 ball refusing to broadcast an ideal fortune. Disgrace to his Profs. I don’t see how our vaunted faculty walk away unscathed from this one, how they won’t have to start slinking around at conferences, mortified by the kid’s shoddy workmanship.

That student with mangled fingers really had to agitate the thing for it to blow. What kind of imbecile keeps shaking a suspicious box? Isn’t survival instinct supposed to kick in? If said student had simply caught the conjunctivitis going around campus, been more heedlessly social, she’d have been laid up in bed instead of shaking a box like some poor-man’s Pandora. If the box had been a better product, her injuries would be far more grievous, forcing her out of public view. Or prompting us to host a ceremony, solemnly celebrating her expired person, body safely tucked in a closed casket, surrounded by pictures of her beaming face (before the incident, she was quite a looker).

Finally drifted off, office sleep filled with dreams that bled my mind dry. But I woke to the oasis of an idea. Why not honor the victim’s slapdash act? Conscript her, after the fact, into campus security service? Bestow a badge bearing a university seal. The incident did occur in our Veterans Tower. In a tower where we honor all manner of fallen, whether Pacific Theater grunts, DMZ fatalities in Korea, soldiers in the Civil War, War of 1812, any number of recent sand-strewn skirmishes—even put up a plaque for someone who broke a kneecap colliding with “enemy goats” in the Grenada debacle, for God’s sake! Surely there is room in our lofty tower for one more hero, still tethered to her campus when offering her sacrifice? Yes. That can thaw the acrimony. Rent flotillas. Plan parade routes for her. A 21-gun salute…maybe that’s a bit much…our a/v librarian must have recordings of such salutes to peal forth in our plazas and parkways.

Mmm. Outside my window they’ve installed a camera, one of the fish-eyed ilk, capturing on a continuous loop each fuzzy seed of activity and jitter transpiring near the Veterans Tower. We all know the schemes and plotting are always destined to occur out of frame. Out of eye. Out of time to guard against. Yes—well, let me ferret into our emergency discretionary fund. Reach the victim’s family while the student is too woozy to weigh in. Offer a scholarship. Working parents are more likely to accept blood money than brash, sheltered twenty-year-olds. Better iron a suitable deal out before close of business, though, or who knows how this spirals. Chilling, chilling.

Matthew Pitt's first collection, Attention Please Now, won the Autumn House Prize; it was also a winner of Late Night Library’s Debut-litzer Prize, and finalist for the Writers League of Texas Book Award. New stories have popped up this year in the pages of Conjunctions,Michigan Quarterly Review, and Cimarron Review. Matt is an Assistant Professor of English at TCU. A painting inspired by his first Hobartpublication, "Those Menacing Invites," will be unveiled this September, as part of Art on the Boulevard, a collaborative gallery show in Fort Worth.