The Difficulty of Learning to Say Yes 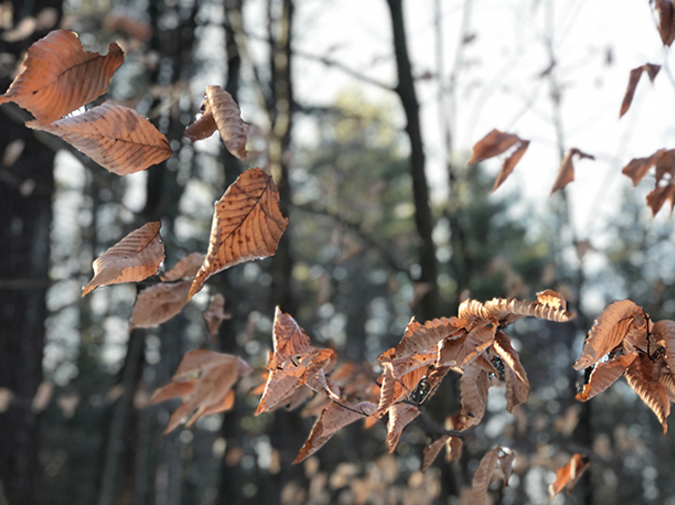 “I have a theory about your language,” Hal said to Naoko as she led him away from the Asakusa shopping district. They started down an alley that meandered towards the river, passing rows of windows shaded with straw mats. It was Hal’s sixth week in Tokyo and Naoko had promised to show her American friend some of the less-visited parts of the city.

“A theory?” Naoko said. She spoke to Hal the way you might encourage a clever monkey who was attempting a new trick.

“It’s about the way the Japanese say yes.”

Naoko raised an eyebrow. Even in the August heat she managed to remain composed—posture erect, white blouse neatly pressed, black hair tied into a precise bun. Her lips were a thin pink line marking the border between amusement and irony.

“I've noticed you can’t say the word softly,” Hal said as beads of sweat trickled from matted brown bangs. “You have to pronounce it with the full weight of your body and soul.”

Naoko shouted the clipped syllable as though she were a drill instructor issuing a command to the new recruit. Which in some sense she was. She had taken to watching over Hal since he started showing up for daily lessons at the meditation center last month.

At first he had been a figure of entertainment for Naoko and the other students. He looked like a plump bumbling bird with tufts of unkempt plumage—a klutzy spoonbill studying diligently to become a swan. Naoko took pity on him the first time the sensei sprang from a plush cushion to slap Hal on top of the head with a rolled up newspaper. As Hal shielded his face with outstretched palms, the bald-headed meditation instructor chided him in both English and Japanese for inauthentic breathing practices.

Naoko knew all too well how difficult it was to imbibe the air of a foreign culture. She had matriculated for a year at the University of Santa Barbara to study saxophone and marked each day as a progression from one shameful moment to the next. After the spring semester, she returned home to take up the family business, helping to manage a jazz club in Akihabara. Naoko figured the least she could do was help Hal to survive the contaminated atmosphere of Tokyo until he returned to a place where he could breathe more easily.

“You say it like you mean it,” Hal said. “The word just doesn’t come out of my mouth the same way.”

“You’ll get the hang of it with practice,” Naoko said. “Hai.”

“And that's the other thing,” Hal said as they came to a clearing. “Everyone in Japan loves to say it.”

“Everyone?” Naoko said. “You're quite the cultural anthropologist.”

They were standing on an embankment alongside the river now. Rows of cantilever bridges spanned the banks in both directions, dismal constructions of steel and soot.

“It's something you can't help but notice,” Hal said. “Whenever I hear a conversation, there's one person talking and the other person keeps chiming in every few words with hai, hai, hai. It’s almost like a musical accompaniment.”

Naoko put her hands on her hips.

“You do need to work on your pronunciation.”

“If you're going to talk about the peculiarities of my language, you should at least say the words correctly, don't you think? If I was going to discuss a quirk in American life, you wouldn’t take me very seriously if I said me no likee fat gaijin.”

Even though he was sure that Naoko was not referring to him—they had shared a recurring joke about how big Americans looked to the Japanese and, well, everyone else—Hal couldn’t help but pat the mild bulge of his stomach. He thought that his daily diet of fish and vegetables had helped him to take off a few pounds but since there was no scale in the apartment he was subletting, he could not be sure.

Hal was not sure if anything about him had changed since he had gone on sabbatical after a decade as a math professor. With a divorce just behind him and his 40th birthday just ahead, Hal had arrived at Narita feeling both stout and stagnant. He had come to Japan looking for some kind of renewal, a regeneration of both sinew and spirit. But after six weeks, his jeans were still tight and his ideas about himself were still much too loose.

Naoko placed her hands on her stomach just below the ribcage.

A couple walked past Hal and Naoko along the embankment. The man pointed at a blue tugboat in the river and the woman stopped to be photographed with the vessel in the background.

“I feel like everyone is going to ask why the crazy foreigner is screaming.”

“That's the chance you're going to have to take,” Naoko said. “Hai!”

“Make them stare at you.”

“Bring the whole city to a stop.”

“Break all the windows in Tokyo!”

Hal was about to draw a deep breath until he glimpsed the corners of Naoko’s lips flickering into a smile.

“You're fucking with me aren't you?”

Naoko covered her mouth and started to laugh.

Hal leaned against the railing and looked down at the grey current. A crow swooped down to peck at some debris hovering on the surface.

“Learning how to pronounce—well, you know—that word. I may be wrong but I don’t think you’re just saying yes.”

“Then what are we doing?”

Naoko was willing to indulge Hal—or at least toy with him—until he had fully formulated his hypothesis. After all, she had come up more than her share of outlandish ideas during her time in California. She was the recipient of both sighs and snickers when she attempted to correlate the poetry of Walt Whitman with the rise of the American auto industry.

“I think what you’re saying,” Hal told her, “is that you are here.”

Naoko stepped next to Hal and placed her fingers on the metal railing. She had expected to hear something easier to mock. She still liked to tease Hal about his comparison of the fight moves of Godzilla with the priestly dance of a Shinto ritual.

“I’m not sure I understand,” she said.

“Do you know how the sensei gets when he jumps up during a lesson?”

“You mean when he attacks you with the early edition of the Tokyo Shimbun?”

“His favorite pastime,” Hal said. “But you know how gets when he’s trying to make a point, the way he leaps to his feet and he’s stomping on the mat and clapping his hands?”

“It seems to me that that he wants us to know is that he is there,” Hal said. “He’s trying to show each of us that we are there too. It doesn’t matter who you are. You can be an executive or a farmer, a son or a daughter. It really doesn’t matter because you are you and whoever you are, you are here.”

Naoko glanced at a sightseeing cruiser on the river. Several tourists had gathered on the top deck, each one with cameras dangling from their wrists. Naoko could hear the amplified voice of the guide but the boat was too far away for her to distinguish any words.

“Now I know why sensei likes to hit you in the head,” she said.

“Maybe I’m crazy,” Hal said, “but that’s what it sounds like to me when you say yes.”

Naoko watched the tourist boat pass under the trestles of a cantilever bridge, drifting under a congested stream of trucks and motorcars. She monitored the flow of traffic until the light changed and then looked back to Hal.

“So the simplest act of speech becomes a form of contemplation,” she said.

“It’s a declaration,” Hal said. “An affirmation that this is you, this is your life and this is where you are.”

“And where would you say you are right now?”

Hal sighed. Naoko’s words seemed both as obvious and as inscrutable as a question posed in meditation class: a trick of language designed to sharpen the undeveloped mind. There was an answer stamped on his passport and another posted on Facebook but he knew these were not the answers he needed to give.

As Naoko considered his response, she regarded Hal with the same kind of solemn satisfaction that sensei reserved for one of his students who had mastered an essential practice. It was almost as though Hal had finally learned the correct way to breathe. All at once, Naoko snapped her hands together and bowed.

Craig Fishbane is the author of On the Proper Role of Desire (Big Table Publishing). His work has also appeared or is forthcoming in the New York Quarterly, Gravel, The Good Men Project, The MacGuffin, New World Writing, The Manhattanville Review, Lunch Ticket, the Penmen Review and The Nervous Breakdown. His website is https://craigfishbane.wordpress.com/