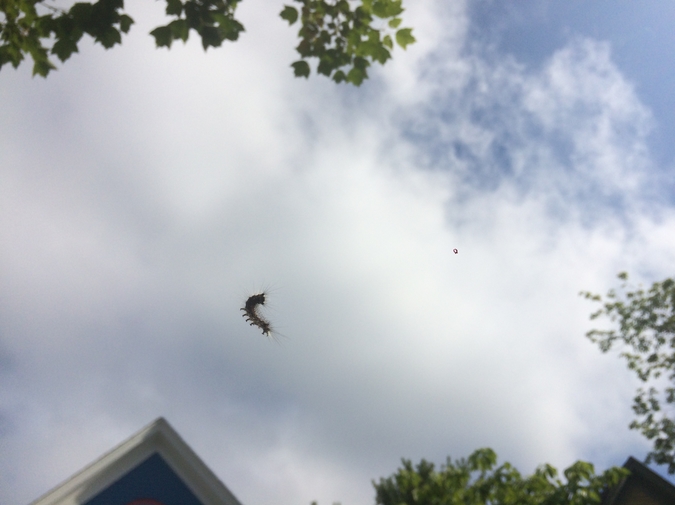 In the autumn of 1989 we saw The Glenn Miller Orchestra, a Big Band, at the Crystal Beach Ballroom, my mother and I. Mom bought the tickets with what little money she had, because I played the saxophone and loved Big Band music, though my love for it was a secret to my friends.

I had turned fourteen that summer. I discovered girls and had girlfriends, vague and chaste alliances with these new bodies where we understood something was happening, and whatever it was, there was no going back. To where, from where, I didn’t know. I was groundless.

Even then, I realized that someone’s “first concert” was an identifier, a badge I’d wear for the rest of my life. And I knew that my badge would say that I was not cool.

In college, I’d hear “first concert” stories and the bands were darker and dangerous, the venues historic, the experience recalled with a cool detachment that belied a crowing pride. “I saw Pearl Jam in a park in Seattle, right before they got famous,” is not an exact quote, but captures the flavor of the kind of thing I heard ad nauseum at school. I mostly stayed out of these conversations, or lied.

But this wouldn’t happen for a few years. Now, my mom and I crossed the border from Buffalo to southern Ontario, and drove a half hour on a weekend afternoon to Crystal Beach to hear the Big Band music. We would be among the youngest people there.

Like my family in the 1980s, Crystal Beach – the amusement park where the ballroom was located -- had fallen on hard times. This was the autumn of its final season. Soon, its signature ride, the towering wooden roller coaster called The Comet, would be dismantled and shipped to another park board by board. Much of the rest of the park, including the ballroom, would be torn down.

My family was about four years into my parents’ separation and divorce. Loud voices and hissing insults. The smell of Labatt’s Blue. Cracked telephones. A splintered door. A constant vigilance. We never had any money, but mom bought the concert tickets and proposed a trip for just the two of us, leaving my sister at home with my grandmother. She already owned a pair of Doc Martens by then.

In the ballroom we sat on wooden folding chairs rubbed smooth over the decades. On stage the band members faced the audience from behind music stands holding up signs that said The Glenn Miller Orchestra.

“Listen, Danny,” she said. “In the Mood.” She gave me a knowing look when the saxophone solo started.  I know, mom, I know.

I was on my second saxophone at this point, a Selmer Signet. My mom bought it from McClellan’s Music House for $800, which she paid off at $12 per month. She took me back there once and angrily confronted the shop owner, demanding an exchange or a refund.

This is because she misunderstood something my music teacher told her, when he said my instrument wouldn’t easily play in tune. It was not, as she thought, defective. The shop owner, a short man with white hair, spoke to her like she was a child, and explained that woodwinds are sensitive and require a sensitive ear and embouchure in order to sound right. I would develop mine if I practiced, he said. We left, she unsatisfied, me, mortified, with my out-of-tune Signet.

An old lady asked me to dance. I was too shy. I couldn’t have said yes, could I? I don’t remember. I just remember the room dense with familiar sound, the melancholy howl of the perfectly in-tune saxophones, the electric brilliance of trumpets, a drummer with eight arms; my mother looking over at me, expectantly, as if to say, “This is what you wanted, right? This is making you happy?” It was the year that we were the same height.

The concert ended and it was still light out. It must have been a weekend afternoon show, because it was autumn and the sun was still descending.

Some rides were still going, though I didn’t want to ride them by myself, in a mostly-empty park in its final weeks. But then I heard The Comet, ominous and exciting, the great wooden roller coaster rumbled on its track parallel to the lake, right along the shore.

“You want to go on?” mom said. There were two roller coasters at Crystal Beach. We called one The Yellow Coaster. It was feisty but smaller, built for kids. That was more my speed. But The Comet, mom pointed out, The Comet is famous, and it’s going away after this. It’s your last chance. Go ahead.

She couldn’t go with me. Vertigo. I walked up the ramp with a handful of strangers, thinking about how this would be my first ride, and also the last.

The memory is incomplete, but the senses remain. I rode alone in the car. A few other people were in the train behind me. I remember being jolted as we zipped around the corner and the chain caught us, dragging us up the big hill. I looked down and saw my mother, thirty-nine and pretty, getting smaller as she waved at me, a teenager, like I was still a little boy. The endless lake on one side, the dying park on the other, my mother, she had a boyfriend now, a dot on the blacktop. “In the Mood,” its saxophone solo, the happiest melody I knew, fresh in my mind. It was the only thing I wanted to think of as I reached the top of the hill, a pang of terror as we froze, and then descended.

The wind in my eyes. My body in freefall, led by my stomach. A smile on my face I didn’t have to force. The dying park. Me, a comet. The museum-piece of a Big Band. My mother, alone, waiting for me.

Dan Higgins is a writer and journalism professor at Canisius College in Buffalo, NY.