The Challenge: An Interview with Litsa Dremousis on Writing about Death, Grief, and Getting Better 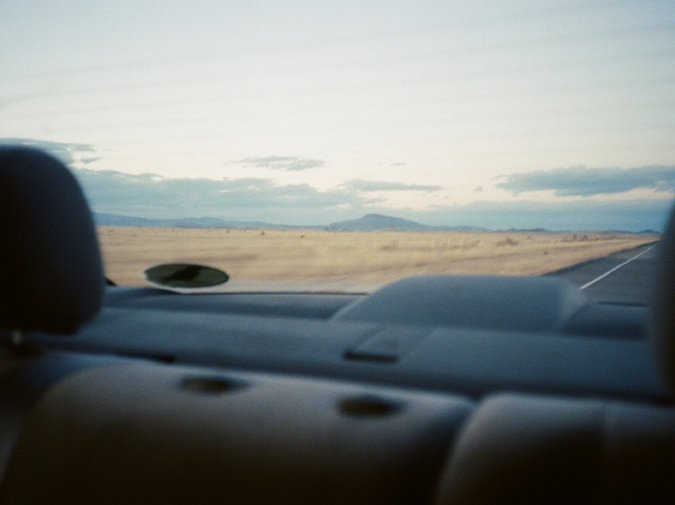 Here's the full disclosure: A few months ago, Kevin Sampsell from Future Tense Books contacted me to ask if I wanted to help him create and edit an eBook imprint for his mighty little micro-publishing concern. I said sure. (Actually, I think at first I said, "There's no wy I have the time to do that, but let me think about it." And then I thought about it. And then, eventually, I said yes.) And so, Instant Future was born.

Instant Future is a couple of things. It's a way for Future Tense to do what it loves to do: introduce readers to more new, fresh, and fascinating voices. And it's a place for work that doesn't really have a home to find a home. See, I have a love of a certain kind of text. I like a story that takes up an evening—or a couple of short reading sessions. Ten to twelve thousand words, a length that doesn't fit into most journals or magazines, and doesn't really make sense in print. Almost a novella, but not quite. A short story that's as long as two. A piece of nonfiction that really explores its topic, or a memoir that can take a single incident and look at it from every angle, and maybe has the room to find an angle that even the writer didn't expect to discover.

So, that was my hope for Instant Future—to find those kinds of works.

And for our first book, I think I found a doozy. I've admired the work of Seattle author Litsa Dremousis for many years. She's funny, smart, courageous, talented. She's also, writing-wise, a stone-cold pro. And I knew that she was just the right person to help us launch the series. Her eBook, a long essay on the emotional and physical consequences of mountain climbing on both climbers and the people they love, is all the things I expected it to be. It's a personal essay, a story about the real death  of a some-time lover and dear friend of Litsa's that'll make you laugh and cry and'll also kind of make you angry.

I asked Litsa if she'd mind answering a few questions about the book and thought I'd share her answers here. I've interviewed a lot of writers over the years but this was the first time it was someone I had edited, so it made the discussion all the more revealing to me.

Altitude Sickness concerns a very difficult event in your life that you have written about in the past. Has it gotten easier to write about? Or, it probably can't get "easier," but do you feel a change in the way you approach the subject when you revisit it in writing? Do you think you return to the subject looking for closure? Or do you explore it looking for closure?

He's been dead five years now. So, it's not that writing about his death has gotten easier so much that living with his death has gotten easier. That said, we were best friends and dated on and off again for twenty-one years. This week marks the five year anniversary of his death and the nightmares have been horrific. He was missing for four and a half days before his body was found. He fell one thousand feet because loose rock gave way. He died instantly. So, the nightmare actually happened.

Like anyone who has experienced trauma, the challenge was to learn to discuss what happened without reliving it. And in the first eighteen months or so, the flashbacks would strike without warning.

An example, nine months after he died, I walked past a bagel shop near our respective homes. And all of sudden, the shop was its 1992 incarnation, a delicious and clumsily decorated omelet place and it was the morning after Bill Clinton won the election and we went to breakfast and I could see us celebrating and remembered the ribbed, vertical striped shirt I was wearing and could taste the jam on my toast and remember our conversation with strangers at the next table--everyone was so damned happy--and I had to quickly dodge onto a side street because I didn't want everyone to see me sobbing.

In The Year of Magical Thinking, Joan Didion aptly calls this phenomenon "the vortex". I.e. something unexpected, like the bagel shop in this instance, triggers a flood of incredibly vivid and detailed memories of a similar instance with the deceased. All of a sudden, it's as if time has collapsed and you're not sure how to get back to the present. And even while you're heart is mauled open, you're note quite sure you want to return to the present. Because in the present your loved one is dead. And in the horror of the vortex, at least he is still alive.

It takes a long time to get past all that.

As for closure, I agree with what Anderson Cooper says about his brother's suicide, "It's a television word." You heal to the degree possible. You find joy again. You fall in love again. I'm engaged and I've never been happier. But I will always divide my life into two parts: the part when Neal was alive and the part after his death.

Q: Do you find yourself discovering ways to adapt, to heal, or to make peace with things just by writing?

Writing is as much a compulsion as it is an art, so I wrote about his death because I couldn't *not* write about his death. I wish writing had helped me adapt, heal, or make peace. In some ways it alleviated the grief for brief periods, but in other ways, it compounded it. And I think writing does that with any trauma: it allows a valve, as such, but you're also immersing yourself in the loss that is nearly destroying you. I was teetering on the edge of suicide once the shock wore off. I didn't want to die and wasn't harboring any notions of joining him in death, I simply couldn't stand the ceaseless agony.

You know what was most healing at this time? Getting my dog, Thomas. He's a super-smart, willful and idiosyncratic Pomeranian, so I've nicknamed him "Writer Puppy".  Hours before I brought him home, I lost my wallet. Because I was running dog prep errands, it not only had my credit cards and ATM, but a few hundred in cash. I thought for certain I was fucked. But this great woman found my wallet, saw the pet supply shop receipt, returned it to them, and they called me. She found my wallet on Thomas Street, so I named him Thomas after fresh starts, good luck, and improbably kind acts.

So, I definitely advocate writing about what you need to write about. But, also, don't forget the dog.

Q: Ever discover a coping mechanism in a sentence?

God, I wish. I found coping mechanisms over time. Getting up each day, remembering he was dead, and navigating accordingly. I wrote nearly each day. And even though I walk w/ crutches or a cane, I went for a walk each day. But there was no sentence I wrote that helped me cope. However, over the years, I've received hundreds of emails from readers saying my work helped *them* cope with their loss. That's humbling and I'm profoundly grateful. I always answer reader email, but I spend extra time responding to anyone whose loved one has died. Because we're interacting just as humans who've been through similar shit, not as writer and reader.

Also, I've discovered coping mechanisms in other writer's work. Again, I'm profoundly grateful. In addition to Joan Didion, I found solace in books by Caroline Leavitt and by Sherman Alexie and several others.


Q: What about write something, look at it, and say, “Well, hell. I didn’t know that that was in there.”

Oh, yeah. That happens all the time with everything I write. I think that's true for all writers, musicians, actors, painters, all of us in the arts. That's one of the great parts: surprising yourself. And, of course, sometimes it's not so great. Like, "Where the fuck did that come from? Delete! AHHHH!" Or, as I joke internally, "Once more, with talent!" But definitely, I surprise myself all the time.

Matthew Simmons lives in Seattle. He is the series editor for Instant Future and the Interviews Editor for Hobart.