The Care and Feeding of Growing Things 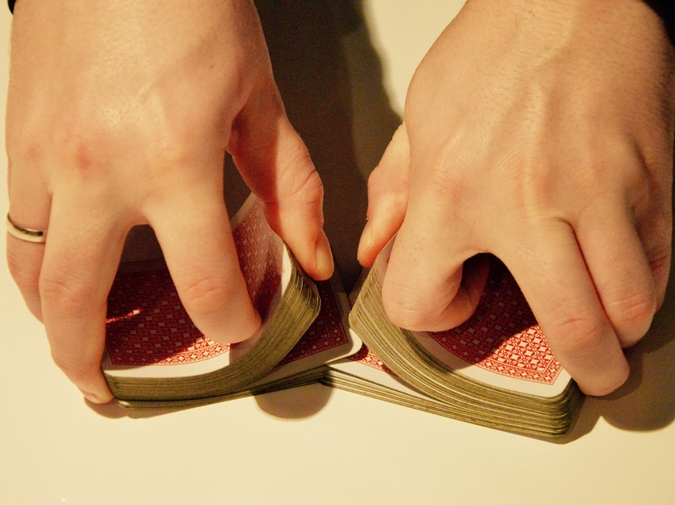 Her husband had grown the jalapeños in the backyard along with shy heirloom tomatoes and a few anemic cucumbers. He’d tried lettuce and even Sugar Baby watermelons but, at the first sign of ripeness, raccoons broke the dark green skins open to scoop out the juicy insides leaving the shells among shredded lettuce leaves. The jalapeños held their ground against all intruders, developing a smooth shine and sumptuous curve that made her uncomfortable with the amount of time her husband spent encouraging them to grow and complimenting them on their fullness and color.

She didn’t garden, didn’t have that infatuation with those natural forces that blistered her husband’s forehead and crusted his fingernails until she couldn't be touched by him without thinking of worms, manure, and sun peeled flesh. That didn’t stop her from noticing the tenderness, how gently he examined the growing bounty. There was no spigot in the backyard so he filled his copper-colored watering can in the kitchen sink and lugged it outside over and over again. Day after day.

She watched out of the kitchen window. In the weeks leading up to his harvest, she had gotten a pair of mastiffs and was intent on breeding them and selling the massive dogs for a profit. She liked their size and their bite and how they pulled the chain when she walked them, the “choke chain” the pet shop cashier had called it while looking at her disapprovingly. Its metal prongs dug against the thick folds of skin around their necks as they tried to gallop ahead of her, refusing to let the powerful dogs pull her where she didn’t want to go. The dogs were too big to stay inside the house and so they gnawed on the chain link of their newly constructed kennels and barked at her husband as he waved his copper-colored watering can over his patch of mud with joy. The tomatoes had come in fully, their initial shyness hiding a heaviness that now bent the stalks to breaking. She hated raw tomatoes and grimaced as he would salt and chew them in front of her, groaning with pleasure as the pinkish gelatinous globules gathered at the edges of his mouth.

“Just try. You’ll like them this time. They're so fresh!” he’d say.

She’d seen the dogs defecate in the garden plot when she let them out at night for their runs, seen the slug trails glittering, and the raccoon paw prints.

She separated pieces of cow liver, bought in bulk and stored in a deep white bucket. The dogs were quiet, tired of barking. Her husband had spent all morning pulling and twisting, weeding and replanting. The sink bled under the weight of the raw meat she readied for the Pyrex casserole dishes already filled with lumps of cooked rice and kibble. Breeding would need to start soon if she wanted to afford their upkeep and the man who sold her the dogs had also sold her the liver. It was the best thing for it, she’d been told. She’d taken to cooking her husband and herself liver and onions for dinner as well, quickly searing the meat so that it still bled when cut into. She monitored them both for signs of increased virility but had decided to stop wasting the dogs’ meals when her husband began talking about growing onions to go with the liver next season. That would get him talking about the peppers, the absolutely gorgeous peppers. Worst of all, he would talk about how he planned to take those horrid slug-slime tomatoes and those ripened, silky peppers to the neighbors and show them off. He’d tell them how long they had taken to grow, what he would plant next year, give a taste and ask what they thought with no small amount of pride in his voice.

She had watched him select the most beautiful of his crop through the kitchen window while she had readied the casserole dishes with rice and kibble and wished to God that the dogs would just trample it all for good. He’d tried to feed them a couple of the smaller tomatoes. At least they had spat them out, but not quickly enough. Not nearly quickly enough.

As she went outside to feed the mastiffs, it was even harder to ignore the effort involved with his labor: the heat, the sweat, the way his back bent over. She stayed a beat too long while the dogs licked the last of their meal from the casserole dishes. He turned, beaming, his basket full. He showed her slowly, patiently every specimen, presenting each one as if for its own dish.

“I’ve left some of the jalapeños to keep growing. They’ll turn red, get spicier, sweeter.”

“Those are two different things.”

“So these aren’t even spicy?” she complained. Her husband raised an eyebrow.

She took the fattest one from his basket, eyeing it like a rival and bit down all the way to her fingertips. She chewed and chewed ignoring the flavor and heat, swallowing and taking another and another. He watched her drop their decapitated heads one by one onto a growing pile next to the growling mastiffs until they were all gone.

Margaret Spilman was born in West Virginia, raised in Kansas, and currently lives in the Bay Area. She has an MFA from San Francisco State University where she was Fiction Editor for Fourteen Hills: The SFSU Review. She was one of six writers chosen to receive the PEN Emerging Voices Fellowship in 2014. Her story “Muscle Memory” won the James Kirkwood Literary Prize. She has been most recently published in Catapult, Indicia, and The Rattling Wall.