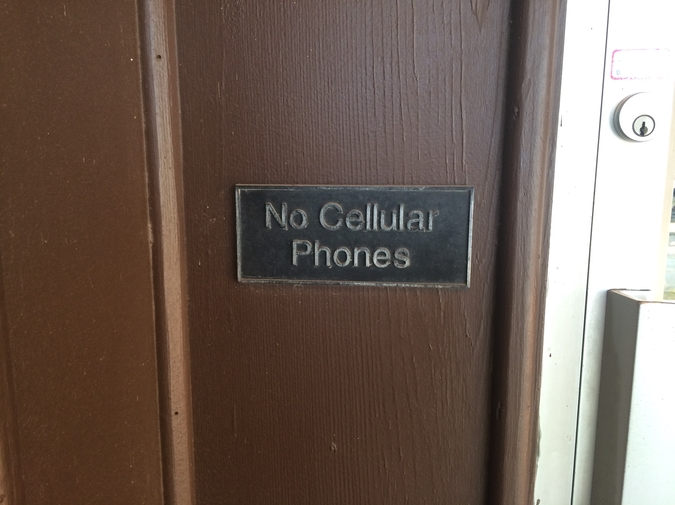 Prez ran the only sharing circle in town. He was tough but he also beat the feelings out of you, so that when you left, you felt better, really better, and you could go home to your wife or your druggie girlfriend or you mangy dog and not feel like you were hiding anything. It was a franchise, the Prez thing, but one as secret as the mob. He had sharing circles throughout Chicago and franchises sprouting up in New York, L.A, Houston, Tampa, Salt Lake City. Each was led by a professional trained at Prez’s sharing circle summer camp, which was held in a super secret location every June and included between fifty and seventy invited scouts who thought there might be some folks in their area in need of a good sharing circle.

The idea was novel and yet simple. Prez would get a group together, usually friends or friends of friends, all uber-tough, the kind of extras you see in movies who never do anything else but kill or be killed, and he would put them around a table with a light shining down in the middle. Like an interrogation light. The table would be like a card table, but bigger. The idea was not to soften the thing, not to make it like AA or a support group. Not to make it familiar in its harshness. But to sneak in the caring. And the sharing. That was Prez’s secret.

The first one he managed had happened by accident, as most great ideas do. He was actually playing cards with a bunch of his guys—small-time criminals and washed-up bullies—when he folded and turned to a buddy next to him and said, “Man. I’m beat.” Which was normal. The guys could easily say something like that: a one-word pronouncement about life. Man that’s fucked. Or, Shit, she fucked you over. Or, God damn it.

But this time after his one sentence release, Prez turned to his friend, it was a guy named One Eye, though not because he only had one eye but because one of his eyes always bulged and fluttered a little when he got really angry, and Prez said, “And you. One Eye. What’s up?”

One Eye looked over at him and grunted. Which was also protocol. Someone asks you a question and you never treat it as genuine, unless they’re asking you a simple question, like “Where’s the shitter?” but never if someone asked you how you were feeling. So One Eye grunted, but Prez persisted. “No. Really. What’s up with you One Eye. I said I’m beat. How are you?”

Prez was so aggressive with it, like One Eye was really letting him down in some basic man-friend way, that One Eye decided he’d better own up. It was like someone had asked him to protect his woman or something. It felt like matter of honor. So he did, “I don’t know Prez. I’m pretty shitty.”

“And you,” he said, turning to the next man, a guy named Flin, who had also just folded. “How you doin?”

Flin then answered, also a bit slow off the horse, but still honestly. “I’ve taken a beating this week, to be honest,” he said. And on and on it went around the circle. The key was that no one went sarcastic on Prez, that no one tried to turn it into a joke, like guys do in movies when they hug and then start to play wrestling. Prez, who suddenly realized he was on to something with this whole “How are you?” deal, also realized that irony would screw it all up. So he was steely in his questioning. He looked them dead in the face. He looked like he wanted to kill you when he asked you. And so you answered seriously.

That first day he only stuck with the How Are Yous. But after that, something had gotten into him, and he began pushing further. He’d ask follow-up questions. “And why’s that, man?” or “Tell me about it.”

Everything was spoken more as a demand than a question, which was another key to the Prez model. His sharing circles functioned more like interrogations circles. You would be forced to share and then, afterwards, you’d feel better. He hadn’t planned to franchise the idea, of course. In fact he’d kept what was happening at the Tuesday night card game a secret for at least a year. The guys kept playing a few hands of cards, but eventually they’d all put down their hands and let Prez take over. Until some of them started in on the questions, too. It was Flin who did it first. He turned to Prez and interrogated him in the same way he’d been doing it to them.

And Prez answered. He said he felt shitty, but that things were getting better. That this card game they’d been playing lifted his mood, that something about it was making it easier to breath when he went to bed at night and to wake up in the morning without so much tightness in his chest. He said that his wife had just found a lump in her breast and it scared the shit out of him and that his teenager son was smoking too much dope. That he’d knocked the shit out of him, but it didn’t do any good. He said he had a pain in his groin and it freaked him out that he might lose that one day. That he was getting old.

And the others nodded cause they’d all said much the same thing before and so it was no longer a big surprise to hear this from one of them. And then Prez turned to Flin and he said, “Thanks for asking.”

And Flin said sure. And then Prez said, “We should tell others about this card game.”

And the others nodded. Though none of them was exactly sure what that meant or how they’d go about doing that. But they knew he had a point. They were on to something that all the other guys they knew, if they only knew, would dig. Though getting them to try it would be hard.

So the guys got together and devised a plan where each of them would take Prez’s role in another card game around town. That Prez proxy would play cards for a good few months, not saying anything out of the ordinary, until one moment, when it seemed right, he’d ask the guy next to him, in all seriousness, but with an interrogator’s face, how he was doing.

To do so, and to get an answer, he’d have to already have the respect of everyone in the room. That much they knew. You couldn’t just go into a card game and start asking sharing circle questions. But if the others respected you. If they thought you had power. You could get away with it.

And so the guys also started rumors of cruelty about each other, about their ruthlessness and propensity for violence so that each of the Prez guys had at least a pinch the power of Prez and so that when they began to act as him in their card games, the others would respect that guy enough to answer his questions. And it worked, more or less. There were a few that got laughed at the first time they asked, but that was because they did it too early or weren’t gruff enough in their style. But the majority ended up turning their card games. The guys started answering and then asking and then more guys started showing up at the card games, until none of them were card games anymore, but actual sharing circles.

Of course they never called them that. And one guy never let on that he was part of the same thing that a bunch of other guys doing at another card games all around town. They all just said they were going to card games.

Meanwhile Prez was popping up new card games all over town. And recruiting new Prez representatives as he went. The guys started paying dues in the form of bets and from those contributions, Prez started his summer training camp, and then he began a sort of word-of-mouth advertising campaign, which was only ever mentioned at card games. And eventually the idea had gotten out enough that people started to talk about what it was, without ever acknowledging verbally what it was, so that a guy would say to another guy: man my Tuesday night card game just sets me straight, you know. And the other would either nod and say same here, meaning he too had a card game, or if he didn’t have one, he’d get curious and try to find a card game, cause it would be obvious that his friend was talking about more than just cards. He might think at first that his friend was talking about drugs, and so he’d go for that, but then he would arrive and sit down and they’d have dealt a couple hands before someone would turn to someone else and ask him how he was doing and the other guy would answer, sometimes talking for long time, about how shitty it all was but about how coming to the card game was helping him hold it together and the other guys would nod until that guy would ask someone else how they were doing and so on until someone turned to the new guy and asked him and by that moment he’d be so entrenched he wouldn’t think about calling their bluff, about calling them out on all their feelings talk and yelling, What is this a fuckin’ sharing circle?

Because at that point the dude would already have been implicated for listening so long and so he’d answer honestly and afterwards it would feel so good that he’d come back the next week and the next until he wouldn’t even consider it all that weird anymore, someone asking him how he was or him telling them honestly how he felt, and it would become so liberating that he’d start letting some of it slip into his real life. With his wife or kid or maybe someone at work. They’d always think he was kidding, but then he’d look them dead in the eye and say, “I’m serious man, how are you?” And they’d answer slowly, sometimes something short and other times a long hard spill about how shitty they were, and he’d answer, this once-stranger at the card game, the same way Prez had so many years before, when he first asked the question and the other guy first really answered and then they both stared at each other like they had discovered something new but also something so forbidden neither had a name for it.

It was unspoken, the sharing circle. It was a card game. That’s how everyone knew it. Only Prez, when he was alone in his head, referred to it as a sharing circle. He knew that was what he was franchising, but he also knew it was a name he could never give it. Not if he wanted it to continue as is, spreading like some crazy fucked up epidemic. And so only he knew its real name. Though the idea behind the name was something everyone knew, something all of them recognized without ever having to name it. It was something that had always been with them. This card game.

Sarah Viren is a writer and translator living in West Texas. Her work has appeared in AGNI, the Iowa Review, The Normal School, Guernica, and other magazines.