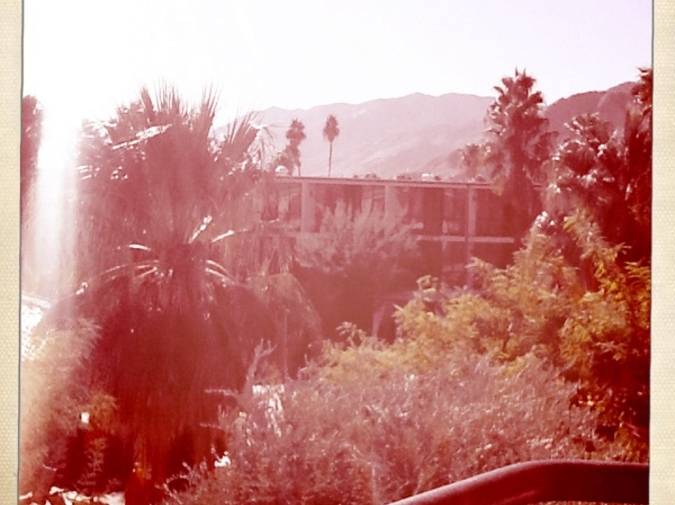 A burrito, historically, was a food of convenience, much like the sandwich—a transport vehicle for the meal itself—beans, shredded meat, vegetables, or whatever ingredients one had on hand. The large flour tortilla, however, is an American creation equivalent to soft white bread and often preferred over the yellow corn “peasant” tortilla because of its size, thus making it both more filling and more portable.  The burrito—traditionally the food of workers—can be quickly rolled and wrapped in paper easily stashed—convenient for the fields or the factory—no spoon or fork required. The tortilla, when torn into pieces, functions as a “poor man’s fork,” and when rolled into burrito form becomes the fork, the plate, and the napkin.

My mother recalls eating her lunch in the school bathroom, always feeling ashamed of her food that looked and smelled so ethnic. Plus, she felt that her lunch looked ugly compared to those of the other children with their pretty red apple slices and peanut butter and jelly sandwiches minus the brown crusts. Her lunch: a misshapen oval of flat bread with charcoal spots rolled and filled with a hodge-podge of leftovers: pinto beans, bits of scrambled egg, shredded meat, strips of jack cheese (and whatever else was available). How she longed for an all-American Oscar Meyer Bologna sandwich on Weber’s White Bread with swirls of Helm’s Mayonnaise and a handful of Lay’s Potato Chips laid carefully atop the bologna and squeezed flat between the bread until the chips crushed like the bones of a little bird.

Burrito means small donkey, but a burrito (the food) does not resemble a donkey, so perhaps the burrito itself—a roll, a cylinder—resembles packs that burros carry. Burros are work animals that carry loads down narrow dusty paths, up mountain trails, across deserts; though they may be tired, they do not (normally) complain. Flies walk across their eyeballs, and they allow it to happen, gently swishing their tails in mild protest. Biologists believe that the first donkeys were brought to the Americas by Christopher Columbus on his second voyage, first to Hispaniola, and later to North America to aid enslaved natives.

The American culinary world now embraces the burrito and dresses it up with more respectable fillings. They’ve ditched the refried beans and melted cheese but kept the form and the basic concept, the insides having now been filled with various multicultural ingredients. Consider the many modern fillings: curried lentils; cashews and Swiss chard; miso paste and sea scallops; quinoa and adzuki beans.  One may now eat wraps or rollups which come in festive colors like green or red and can be sliced at artful angles to reveal the beauty of the layered fillings.  Such burritos are not to be eaten on-the-go, but with knives and forks inside upscale restaurants—places with subdued lighting and cloth napkins, slices of lemon in the water. In contrast to the upscale burrito, the fast food burrito has become an everyday affair, stuffed with scrambled eggs and hush puppies, American cheese triangles, pork sausage, strips of bacon, and even French fries.  One fast food restaurant sells a burrito that contains a tostada inside the burrito, which would be like eating a hamburger with an entire hotdog between the buns or a hotdog with a piece of pizza next to the weenie.

My mother worked long days. Too tired to make dinner, she’d buy us burritos which we ate in the car on our way home from school or on errands. Pedro’s Place made the best burritos—distinctive because of a fragrant tomatillo-pork-green sauce made by the family’s grandma who wore a pink checkered apron and could be seen through a little window always stirring the contents of a boiling vat or up to her elbows in a bowl of masa. One bite of the grandma’s green pork burrito felt like a tiny trip to heaven, no plates needed.  We’d eat our dinner inside the Dodge Van while my mother ran into the Alpha Beta or Lucky’s Market to get some milk or some diapers. Little sister in her car seat.  Brothers, licking beans that have dribbled down their arms. All of us cradling our warm burritos in our palms as if it’s our last meal on earth.

Eating a burrito requires faith, for what’s  inside is naturally concealed by the cylindrical structure. You take your chances when you bite into tortilla that is clearly stuffed with something, the contents being a mystery until you have the whole thing in your mouth.

One time my brother-in-law (who happens to be a white guy from the Midwest and did not grow up eating burritos) took a bite and felt a gentle crunch between his teeth: a popping sensation, gristle on the tongue, and then an alarming high-pitched bitter taste. When he spat it out and poked around at the thing with his fork, he discovered that he had in fact bitten into a cockroach—now slimy and boiled flat, and of course, partially chewed. This incident, not surprisingly, made him wary of all burritos for a very long time.

And because burritos conceal their contents, they are excellent for playing tricks and getting revenge. My mother and father employed about ten men—a rag-tag crew of electricians and refrigerator repair guys who, after work, would lean against the hoods of the company trucks drinking beer and complaining, often one-upping each other with stories meant to illustrate another electrician’s unbelievable stupidity. In the grimy repair-yard bathroom, a mystery employee—an artist—would take time to sketch anatomically detailed pictures of naked ladies wearing come-hither expressions, their legs spread wide, their enormous boobs practically eclipsing their faces. My mother never seemed particularly bothered by this “poor-man’s porn” but she did mention that one of these jerks had been stealing her lunch.

My mother would bring her lunch and place it in the office refrigerator, and each day, her lunch would disappear. Finally she decided to get her revenge.  She brought a decoy lunch—a burrito with something concealed inside. She later confessed how she’d scouted out and collected the contents—horror of horrors—a mound of fresh dog shit produced by our beloved Cleo.  She explained how preparing it had made her gag and that she thought she’d surely burn in hell, but she’d managed to roll out the decoy just like a normal burrito. She wrapped it in foil and placed it on a paper plate with a little packet of taco sauce to make it look extra-enticing. When her lunch disappeared that day, she thought it was the funniest thing that had ever happened. I, on the other hand, could not help but think about the mystery man. How many bites did he take before he realized what was inside? What if, by some miracle, he ate the whole thing and never even realized what he’d eaten? What if he got so sick that he had to be hospitalized? Would he ever have faith in a burrito again?

Sometimes on Sundays we would eat our burritos inside a little restaurant called “The Car Wash”—a tiny café that had no other name that I can now remember. We called it “The Car Wash” because the restaurant was directly next to the Mission Car Wash where my mother would sometimes get her car washed and vacuumed.  The beans there were not rolled up in a tortilla but ladled onto a salad plate and sprinkled with Jack cheese. The waitress with the bleached orange hair and silver tooth would bring endless baskets of warm speckled tortillas, and as soon as one plate of beans had been eaten, another would appear. The beans—so delectable—did not even need a tortilla, so sometimes we would revert to the spoon—a stainless-steel bean-platform, one might say— all the focus on the beans themselves, no embellishment needed.

Through the restaurant’s window we could watch the workers polishing hubcaps and spraying windshields with squirt bottles that hooked onto their belts. They’d honk the cars’ horns and wave their dirty rags at the cars’ owners, who would hurry over to claim their sparkling vehicles. Sometimes customers would give the workers a dollar.  Other times the customers would just nod and snatch their car keys. An endless stream of cars moved through that lot. Those workers kept drying and polishing, and we kept eating. On those Sundays, we thought about what we wanted to be when we grew up and we thought about school and we thought about our friends and our mother and our father and our teachers and sometimes it seemed like we spent our whole lives sitting there, watching those guys and eating our beans. You felt like you could never get enough then, and you’d ask for another plate, and then another, and the woman with the silver tooth would just smile and nod.

Angela Morales' essays have appeared in Best American Essays 2013, The Harvard Review, Southern Review, and The Los Angeles Review. Currently she teaches English at Glendale College and is working on a collection of autobiographical essays.