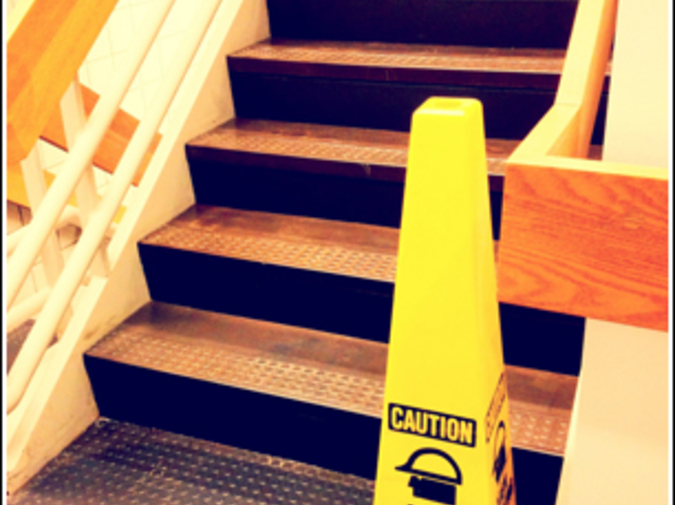 The afternoon David was fired for stealing company office supplies and reselling them in an office superstore parking lot, the four verificationists took lunch ninety minutes late to see the New Queens of Swing play at the arts festival downtown. The four verificationists were in their late twenties, each of them married six years to their college boyfriends from the June following their May graduations. The four women were well kept—manicures on Friday, haircuts the first Thursday of each month, makeup twice daily. Each lunch, they gathered in the break room and complained about their husbands, whom they adored. They did not attend company happy hours, did not drink, save socially, their husbands in tow.

The four verificationists were not aware David was being fired at the moment they were watching the four-piece band they had each fallen in love with in college and were overjoyed to see live at a decent hour, before their hour-long commutes home. The New Queens were all women, playing jazz retro at the height of its hipness. Hearing them wail on their trombones to a large audience made the verificationists feel verified. They were not aware they were responsible for what was happening to David as they bobbed in time. They had simply entered numbers into their computer and reported a discrepancy. This had been happening for four months.

The four verificationists liked David, occassionally spending lunch with him, when he pulled up a seat at their table and relayed to them his woes with his girlfriend of eighteen months and the two children he could barely afford. The four women complained of their husbands and sympathized. But they did not understand. They knew this. David knew this too. But David did not think they would report him. The four verificationists were vapid.

The four verificationists were surprised to hear of David's firing, when, upon returning, they opened their e-mail and saw the dismissal notice. Rumors would have been rife, so the four women counseled with each other to learn that none of them knew why before heading out to gather their own reports. The four verificationists asked the same people—Greg and Marcia, Brandi and Jan—though in different orders, and were satisfied with the answers and reported back to one another.

The four verificationists were relieved not to be in the office to witness what would have been a stressful event. Though not one of them mentioned it, each secretly knew she was responsible, and each regretted it. Each felt like quitting. Each felt like offering David part of her paycheck so that he could support those kids—if only her husband would have allowed it. And each of them knew what had happened couldn't be helped. It wasn't personal. It was their job. Such reasoning helped the four verificationists feel better, but only until they got home. That night, each of them had a drink, a few drinks, a lot of drinks.

Jon Morgan Davies is a native of California currently residing in Georgia. His work has appeared in such publications as Adirondack Review, Cutbank, and Southern Illinois Review.