The Boys in Summer 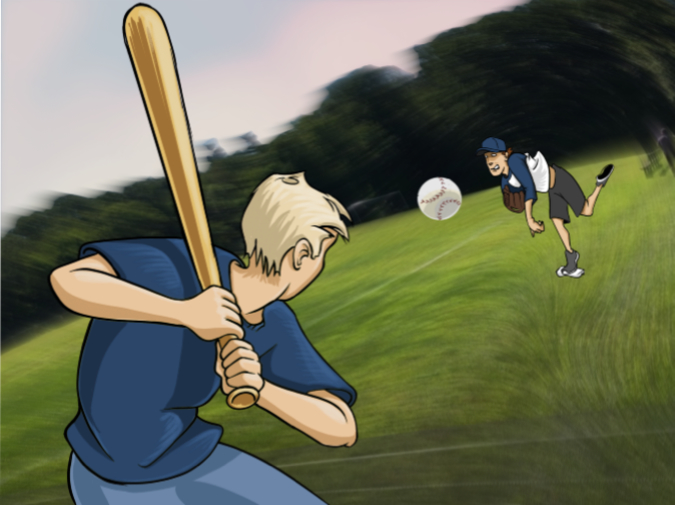 We played baseball summer nights, the muggy Rhode Island coast near a salt marsh. The smell of the ocean, a seagull swooping down over blue hydrangeas, dragonflies, mosquitos, red-winged blackbirds everywhere. From the porch I heard the kids: a thunk of bat against ball, the howls as a hitter screamed around the bases: “Get ‘im at third, get ‘im at third!”

I gobbled peas and creamed chipped beef and flew out the screen door, and sprinted down the macadam road through the soggy twilight to the field, arms pumping, the pain in my chest from supper, Snuffy Stirnweiss glove in one hand, Williams bat in the other — certain I wouldn’t get there, I’d be late, everyone heading home, the game over.

“Where you been, Butch?” Mike yelled. “We need players. Can’t you get here on time?”

If you were in left like Mike Smith — “Where’s the badda? It’s gettin’ dark.” — you’d be looking up to home plate because the field wasn’t level. It sloped down behind short and third to where he crouched, the same kid who played holes on the nextdoor course with a seven-iron when the pro wasn’t looking.

“Come on, throw the damn ball.” That was Jack. He spat into his glove and pounded the pocket. His father’d lost both legs in the Second War parents didn’t talk about.

Earl covered first and wanted to borrow my glove again, he didn’t have one, his machine-operator father home from the mill, he’d say: “Whaddaya mean baseball? Why don’t he do somethin’ useful around here?”

Earl’s older brother Kenny waved the biggest bat at the plate like a club. A chipped tooth and bad teeth, no one fooled with Kenny.

“Come on, Ronnie. Throw something up there. We gotta get home.”

The sweat dripped into my eyes and I stood beside the plate, no catcher, and pawed the dirt with my high-tops, a sour taste and I spat, alone, in a cocoon – no birds, no pulse of insects, no squawking gulls...

I swatted a horsefly. I can do this, I can do this. I swung the bat, I was Ted Williams. I took his stance and squinted out at Ronnie, my t-shirt soaked and stuck to my chest, the bat weighing bricks.

“How ‘bout it, Ronnie. Throw something Butch can hit. Try over the plate for once.” And Ronnie, three years older and the best athlete, tall and angular and quiet — in time an all-state basketball player — he stood there on dirt, no mound, and hesitated, as if afraid of what I couldn’t do. No. That wasn’t possible. That couldn’t be.

Randy, the oldest, from third base: “You can do it, Butchy-boy, you can do it. Stand in there and hold the bat back till the last...”

I scorched a liner down the leftfield line, the ball hammered so hard Mike stood there and watched it sail past. I took off for first, not believing, I’d hit solid wood, I rounded first, and headed hard for second. No throw. There was no throw. I’d gotten two bases.

The game. Those summers. The sweat and grit between my fingers as I squeezed the bat and waited on Ronnie’s pitch, bat back and forth, back and forth, the smell of my own rank body. What happened on that field? The sinking sun behind right. The odor of neatsfoot oil in my old glove, kneading it, kneading it without thinking between pitches, a better pocket. The silence. The batter and pitcher all I saw, all there was, and seconds ticked slowly past. Baseball, a place to earn respect, to prove that I mattered, to say I was more than a kid with a library of books.

Me, blue jeans gluey on my thighs, I tugged at the pants, tight game, too many runners – one more batter, one more batter, pitch to him, pitch to him -- I backhanded a shot crushed to left-center, and fired a rocket, to second, runner sliding – “You’re out! You’re out!” – my shoulders and arm and spine, my brimming heart, singing with joy.

Kent Jacobson has been a filmmaker, foundation executive, college administrator, and literature and writing professor. He has lived in Alabama, Indiana, Montana, and Massachusetts, and returns regularly to an un-mowed, former baseball field in an off-the-main-road neighborhood in Rhode Island. His nonfiction has appeared in Under the Sun, Thread, Brown Alumni Magazine, Northwest Review, and elsewhere.