The Bottom of the Order: Dooley Womack 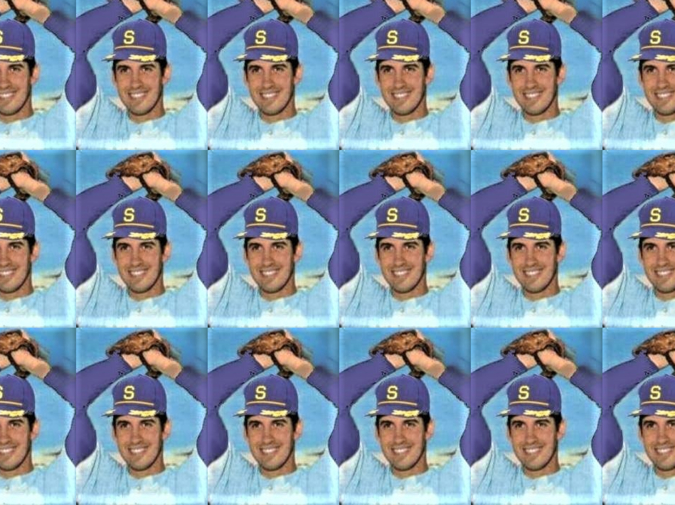 Horace Guy Womack was in the employ of four different Major League teams across five seasons, a serviceable bullpen righty who lost as many games as he won, but managed to keep his lifetime ERA a shade below three. There'd be no reason to know his name, probably, if he didn't have such a great one: he went by Dooley, for reasons which are less than clear at this remove.

If he has any other claim to notoriety it would be the bit part he played in a pair of larger dramas. First, he was traded in August of 1969 from the Houston Astros to Seattle along with minor league hurler Roric Harrison for Jim Bouton, an event chronicled in Bouton's infamous tell-all book Ball Four. Harrison was still three years away from the bigs, but his presence was apparently a bit of tonic for Bouton, who wrote searingly, “I'd hate to think that... I was being traded even-up for Dooley Womack.”

The other drama was unfolding in the largely empty stands and the backrooms of Sick's Stadium, the small and rickety former home of the minor league Rainiers, who'd been liquidated when the American League decided that Seattle was a viable expansion market, and the Pilots were born. In the tradition of civic chicanery and capitalist bamboozling which characterizes major professional sport, all of this was contingent on the construction of a state of the art stadium. When the money failed to pour in the way the Pilots' owners hoped it would, the situation got sticky, with the upshot being that the stadium failed to materialize, and the team went bankrupt. Following Dooley's – and the Pilots' – only season in Seattle, the team was sold to a used car salesman named Bud Selig who moved them to Milwaukee before the '70 season and renamed them the Brewers.

I read Bouton's book a long time ago but it's possible I'd have never have given Dooley a second thought had I not found myself in the employ of a tech company smack in the middle of the '00s. It was my first proper desk job. Our open concept offices were housed in a converted UPS garage. There was a ping pong table. On Fridays in the summer we were treated to barbecues with free beer on tap. We were given winter coats, sweaters, and t-shirts with the company's logo emblazoned on them. There were laundry facilities on-site. The cafeteria was staffed by an award-winning chef; you typed your employee number into a keypad and the price of that day's special (pan-seared scallops? pulled-pork sliders?) was subtracted from your account, like a cool breeze blowing through your paycheck.

The owner was a maniac. The CEO hobnobbed with prominent conservative politicians. The pay was low, and the burnout rate high. Young programmers (of which I was not one) were treated as a renewable resource. It was a terrible job.

But the desktop internet was fast, and my tasks were largely mindless and not at all challenging. With all that time to graze and roam the boundless rolling fields of information, I naturally wandered. At some point I found Dooley Womack, likely on baseball-reference.com, where I frequently spent time. From there, I expect I conducted a Google Image search, where I came across Dooley's clean-shaven, Gomer Pyle-ish face grinning out from beneath a very obviously airbrushed Seattle Pilots cap.

I'd been fascinated by the Pilots since I was 13 and learned about their existence in a book of baseball trivia I bought at the Hall of Fame gift shop. My imagination was fired. Imagine it! A big league team that existed for only one year! Accordingly, they came to represent for me doomed enterprises and elegiac what-coulda-beens, which maybe tells you more about me than you need to know.

Dooley was the face of all that, so he became my avatar.

The other thing I had a lot of time for while seated at my work station was fantasy baseball. My user name was Dooley_Womack. My team was the Pilots. I was in a league with a few people from the office, including a programmer from Cuba who was a big Yankees fan. He recruited all his Cuban buddies and they'd all take to the league boards to talk trash in Spanish. I did not do well in this league.

It was while seated at that desk that I learned that I was not great at fantasy baseball. It didn't matter that the league had unlimited roster moves. It didn't matter if I was first on the waiver wire. It didn't matter how carefully I pored over stats and massaged my lineup. I just wasn't good. My digital Pilots were, like the real thing, basement dwellers.

I never enjoyed it. I learned that to succeed in fantasy sports is to expect, and so profit from, the expected, which ran counter to everything I loved as a fan. I want to revel in the unexpected, not lose another a weekly head-to-head with the guy from shipping because of it.

We also played in a corporate softball league, which was its own special blend of fuckery. It was a microcosm of everything that was wrong with the contemporary workplace, except instead of a blind mix of Harry Rosen suits, business casual Dockers, and fleecy dorm-room chic, we were all decked out in flex-fit caps, and button-up jerseys with heather gray torsos, red raglan sleeves, and that same corporate logo screen-printed over our hearts. There was rampant sexism, testosterone-addled competitiveness alongside a simple desire for intra-office camaraderie, an insidious executive-plebe social divide – ambitious tech careerists alongside those of us feigning enthusiasm for the sake of a paycheck – and plenty of cheating. It was a mess.

During games, and especially during their beery aftermath, we learned more about one another than we probably wanted to, or should have. We learned that those of us who spoke the most of our abilities often possessed the least; we identified more clearly who lusted after who; we saw plainly who would do or say anything to gain advantage, be it corporate or sporting. We heard one another's favored epithets. We watched our colleagues swinging and missing, flailing, and reacting poorly to failure. We noted how difficult it is for any of us to arrive at an honest appraisal of our abilities.

In the office I advanced despite myself, and hated every minute of it. My salary increased as my understanding of just what it was we were supposed to be doing dwindled. Finally, though – finally – family called me home, and I left the job to become my daughter's primary caregiver, and I have never been back – not to a corporate desk job, and not to organized ball. I quit playing fantasy sports, too.

Part of what appealed to me then, and still appeals to me now about the Pilots, beyond the sweet tragedy of their short life, is their logo: a baseball inside a ship's wheel, flanked by a pair of golden wings. It's a lovely, albeit confusing emblem, attempting as it does to speak both to Seattle's maritime history as well as to its aeronautical significance. 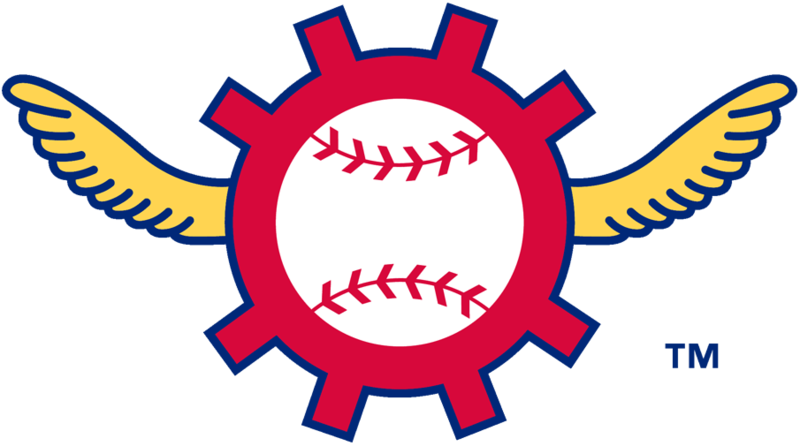 I like to think of Dooley Womack wearing it on his chest, decked out in the Pilots' white home uniform, jogging out to the mound from the bullpen at Sick's Stadium before a backdrop of empty seats, wondering, likely, how he'd gotten there, and where he might find himself next.

As it happened, he was bound for Oakland, though his career was effectively over. He appeared twice for the A's in 1970, pitching a total of three innings. He held on in the minors for another year, but his big league career was over.

When the Pilots lit out for Milwaukee they left behind a legal mess that the American League would eventually settle by admitting the Mariners to their ranks. The Kingdome – the promised state of the art stadium – was built, served its purpose, and has been demolished in the years since.

The logo's golden wings unwittingly presaged the Pilots' quick departure from the Pacific Northwest, to say nothing of the countless flights of balls off their opponents' bats over the walls of various ballparks. But I wonder if Womack took some solace from those wings, too – as I do – and their suggestion of the pain as well as the comfort to be located in knowing that these will all prove to be fleeting things.