The Ballad of the Single Leg Air Dancer 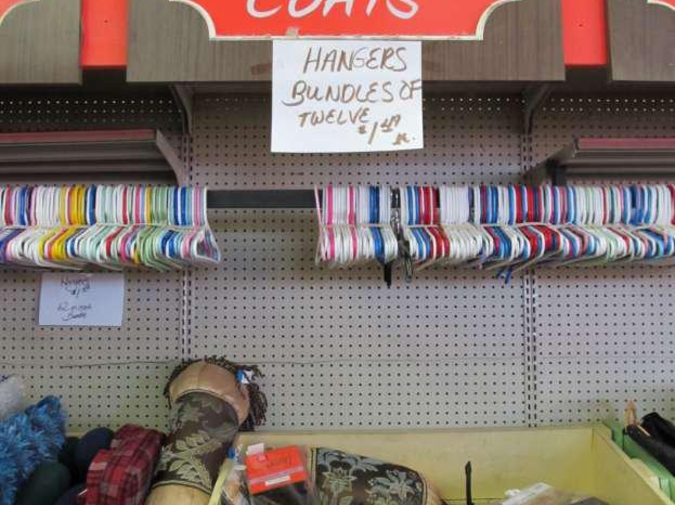 Below, an "outtake" by Courtney Maum, her first "try out" piece, when she was looking at other items in the Sky Mall catalog to see which ones could make good protagonists, the idea that led to the Buffalo-Prize winning story (selected by Adam Novy), "The Bashful Yeti Tree Sculpture."

It is one thing to be unemployed, another to be useless. We all come to life with a raison d’être: mine was to communicate a tremendous sale—the type of opportunity you had to pull your car over to investigate. I have heralded the opening of restaurants and nail salons; New Years resolution specials at fitness clubs; back-to-back services at a Megachurch. My life has been a long one, I’ve spent most of it inflated. Who knows how many used vehicles are on Interstate 10 because of me.

And not just me—my dancing. With fan, I stand 16ft tall, with an electric green shock of hair on my head like a sprouting potato. Are you surprised to hear me speak of a potato? You’ve never imagined what my life is like, up until this point, have you? It’s alright, I’m not offended. More than anything, it means that I’ve been doing my job, directing you away from the grandeur of my frame with an arresting gesture to a sea of motor vehicles. To a possible new you.

You’d be surprised, however, to hear about my training. When I was a young inflatable bag in Portugal, my parents assumed I would follow my father into the business of balloon art. But I had that something special that made children turn to catch one last glimpse of me as their mothers tugged them through the crowded markets. My balloon poodle wasn’t just a poodle, it was acarnivore. Grace, flexibility, presence. The artistic director at the Lisbon school for inflatable performance said I had it all. I came to Santa Monica on a competitive international scholarship underwritten by Goodyear. You should know these things about me. We could be here a long time.

Without a doubt, my favorite period was the nineteen nineties. I recognize a lot of you from back then—the cold-air inflatable blue Gorilla over there, deflated in the corner? We worked the Sacramento Boat Show together in 1999.

Things got bad when I was permanently branded with the word “smoothies” on my torso. After you’ve worked for the heavies—the Chevrolets, the Costcos, the Raymour & Flanigans of the world—I can tell you it takes a swig of pride to air dance in front of a Planet Smoothie. And then the car lots started closing. I couldn’t even work the going out of business sales because of this word, “smoothies.” Things got really tough for me. I had to work the gay tea dance circuit along Venice Beach. Those were not bright times.

If you’d told me ten years ago that I, an internationally trained air dancer from Madeira, was going to end up in a storage center with a truck load of defunct advertising inflatables, no, I wouldn’t have seen it coming. But here’s the thing, unlike some of you, I still have air inside of me. Certainly, my career possibilities were diminished when that idiot assistant manager send me to P’Zazz Inc. to be branded with “SMOOTHIES” in Comic Sans, but recessions aren’t permanent. The Americans, they know this. And if I know Americans—and after two decades of celebrating their fortune with my fingerless hands, after bending and undulating and coming perilously close to the cemented ground only to SNAP back up to professional attention, I like to think I do—they’ll want not only to drink, but also to drive.

I’m certain of it: out there at this very moment there’s an intrepid capitalist who will hone in on the Americans’ love for cold beverages and cars. He will sketch out a business plan: a used-car lot with smoothies. He will need an inflatable air dancer to summon the humans. My name will be called.

I am not long for this dark storage center, brothers. He is my ticket back.

Courtney Maum is the humor columnist behind Electric Literature’s “Celebrity Book Review,” and an advice columnist forTin House. She has recently finished a novel written entirely from the first person point of view of the celebrity recording artist, John Mayer, called “John Mayer Reviews Things.” Find more of her work at courtneymaum.tumblr.com or watch her complain succinctly on Twitter at @cmaum.