The Baggage of Our Nouns and Adjectives   an interview with: Stacey Levine 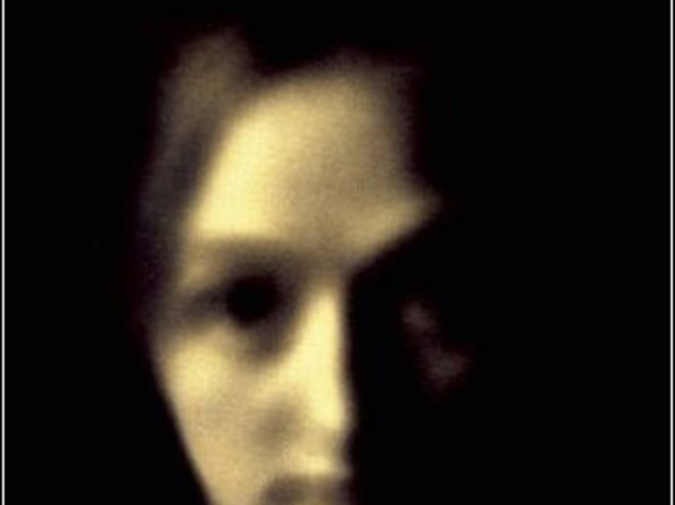 What follows is a conversation with Stacey Levine. I have wanted to talk to Levine about her amazing work for a long time, and have generally found myself too hypnotized by it to try to unpack it. When it comes to writing I love, I tend to want to be a tinkerer. I want to take things apart and see how they work. I've never been good with my hands, and never opened up the back of a watch, pulled out the gears, marveled at it, and then put the damn thing back together. But I can do it with writing. It's just that seeing the gears sometimes means I always see the gears. And I guess I was having trouble knowing I might learn how Levine's work worksand take away some of the magic.

Happily, this interview is elucidating, but I have since taken time with Levine's writing, and I still find it capable of making me marvel.

(We used, as an occasion for this interview, the upcoming rerelease of Levine's wonderful novel DRA—, which will be available from Verse Chorus Press in January.)

It happened, so it must be allowed. One of the perks of independent publishing. We had the time to do it. Most of my changes are not huge, but the editor may get back to me with some "are you really sure about this?" remarks. I'll have to answer those.

It was pretty satisfying in all this re-reading of the book that we (me, the Verse Chorus publisher, Steve, and an intern) caught little mistakes and typos that were in the previous edition. This would be intensely boring to anyone but us, but we were glad about it. It's like finding little parts of an engine that are bent and straightening them for good.

I have the Library of America edition of Eudora Welty's stories, and one day I listened to a late recording of "Why I Live at the PO," and noticed that they didn't match. And it wasn't that she'd removed sections for time. She'd played with the sentences and word choices. She'd tinkered. I guess what I meant by the first question is, "Are you allowed to make changes on something that has already been published?" Is it a writer's prerogative to tinker until they can no longer hold a pen or type on a keyboard? Is all work, even work that has been found its way into some sort of print, still in process?

Sure. Doing corrections or updates isn't uncommon with new editions, but I'd guess sometimes writers don't want to go back and change anything significant in the book. And that editors want to preserve the original work. Not always—in this case, Verse Chorus was amenable to some changes I wanted to make. It's kind of nice to think that any work in a fixed form remains malleable, re-workable.

But sometimes writers just don't want to go back, and you can't bear it, and so you shouldn't. It means going back to a former self. In this case I didn't mind. I thought the changes would make the book better, and doing the changes wasn't a repulsive chore for some reason.

Maybe because DRA--- is a longer work. I'm more attached to short stories than to longer works. It's hard for me to look at old stories, much less revise them. Stories are like (out)bursts focused on a particular moment in time and they possesses a certain intensity. So I usually can't stand returning to them. Tinkering with DRA--- didn't seem to threaten the wholeness or integrity of the book.

Can you say more about a story being focused on a particular moment in time? If you look at a story of yours—say, something from MY HORSE AND OTHER STORIES, what is it that chains it to a moment in your life? The way you used language at that time or the way you approached characters?

It's b/c short fiction can be condensed and the sentences are often very molded and they interlock, and it's hard to mess with that once the moment has passed. I write short fiction more frequently than longer works, and I'll write about what fascinates me at the moment. In the title story of MY HORSE, I was extremely focused on the power dynamics in an "owner-pet" relationship, how both the dominant and passive person (or entity) each inhabit, feed, and reinforce their role in the relationship. I was interested in representing the dominant/oppressive and the dominated/passive through images... as in the tiny, undersized horse who has a kind of crusty skin condition, and the owner who gets a narcissistic charge out of all the choices he/she has in caring for (lording it over) this horse. I'm still interested in seeing representations of that complex dynamic. But I probably wouldn't go to all the trouble of writing about it with that much intensity right now.

Isaac Singer has a great story, "The Reencounter," about two people who are dead and discuss how strange it is to be released from temporality—it doesn't matter to them anymore when things happen in the world. Which sounds really nice, no more burden of
being tied to personal eras.

What is it that makes you want to write with intensity right now?

I still like exploring and exaggerating psychologically primitive states such as intense rage, jealousy, joy, anger... the effects of one person misunderstanding or mocking another... things like that. This is not very much in vogue right now in fiction writing. The emphasis seems to be on (big) events in the outer world, technological changes in the outer world, criminal things, or maybe states of remoteness or aloofness.

Unreliable or somewhat bent narrators are also really interesting to me. It's one of the most fun reasons for using the first person.

Let's talk a little about language. I believe you mentioned at one point that—especially withFrances Johnson, possibly—it was your intention to free words from their connotations. You said, correct me if I'm wrong, words were packed with all these extra (excessive) associations, and you wanted to write in a way to remove them so that the word was just the word. Free.

First, am I remembering this correctly? Second—if I am—word connotations can be a benefit and a hindrance. Are you suggesting that for you, the hindrances outweigh the
benefits?

I'm not sure what I said, but, since I complain a lot in general, yes, I was probably talking about hindrances. But when writing Frances Johnson, which is essentially a tale, I was really noticing the connotative power of language, the baggage of our nouns and adjectives. As a basic example, you have to be careful in describing color. If I saw Frances' dress as pink or red, well, I would have had to go around that and change it, b/c pink and red have too many clichÃ©d connotations. So in that case words were hindrances. I got so fed up with it that I inserted a cave into one of the scenes, just as a challenge to see what it would be like to navigate around the usual or obvious connotations brought up by the image of a cave. This is the scene in which Frances meets a man who lives in a cave. One way to interrupt that was to have the guy store his guitars on the cave walls. They're hanging off the walls on hooks.

So how do you think the "interruption" here works? Are you trying to distract a reader's mind by, when it arrives at the "cave" concept and begins unpacking it, quickly asking them to look at the guitars instead of the cave? Or when they begin to unpack the suitcase filled with the connotations of the word "cave," are you sticking the guitars in there, too, adding to the meaning and, therefore, changing it?

It's just some kind of interruption to the cliché, I think... the cave doesn't require me to control the metaphor anymore if there are guitars on the walls—it kind of enables me as the writer to let go.

Here are a couple of sentences from DRA—:

"The man did not answer. Edgily, he tugged at the hair on his forearms."

Reading that, it occurred to me that no one I know so successfully drops an adverb into a sentence like you. Yours are always a little off—using "edgily" instead of describing him as "edgy"—and they always slow the sentence down in a nice way. (The lack of a contraction in the sentence before it has a similar effect.) Do you have an "approach" to adverbs?

When I write sentences like the one you quoted, I never think "oh, I need an adverb." (You probably don't do that, either.) It's more a matter of sound and it's not an intellectual muscle at work.

Usually I figure the descriptor should match or complement the words already in the sentence. "Edgily" works with "tugged" because of the "g" that matches "tugged," and it creates a mini blip of consonance (if one were to say the line aloud), and the "gs" in those words help make the line look good visually on the page. "Nervously" wouldn't have worked as well, though I probably tried it.