The Ass is a Hole Where The Light Gets In 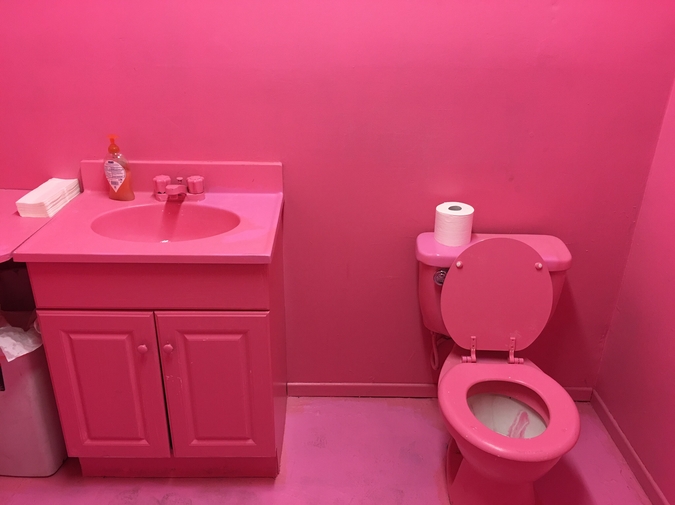 This is a meaningful story about the intestinal parasite I picked up while living in Salt Lake City, in Ted Bundy’s house.

Ted Bundy was a serial killer who preyed on women by pretending to be crippled.

Remember this, because it’s important to my story.

One of my roommates at Ted Bundy’s former house, a guy named Larry, had recently pledged a fraternity. Under the frat’s influence, he had become passionate about barbecuing. He was just a pledge though, so most nights my tofu dogs were burnt, his meat gory, the potatoes crisp and raw. I forgave him, because I liked hanging out, grilling, getting stoned.

By the end of the summer I had dropped out of school, left Utah, left Larry, and moved home to Orange County, California.

Cut to a few months later, and I was on my mom’s couch, crippled by a hangover, watching basketball in my underwear, eating spaghetti.

It was half-time and my team was getting its ass kicked.

On the toilet, I read John Fante’s Full of Life. This is important to the story, but not as important as Ted Bundy.

In the process of wiping my ass, through the thin ply of toilet paper, I felt something – something grotesque. That wasn’t unusual. I wiped more diligently.

When I was satisfied, I got off the toilet, and stole a peek into the bowl. Sometimes I do that. Maybe, you do too. If I’m particularly proud, I may leave it unflushed, as a kind of – “Hello. This is my story.”

Anyway, my hand was on the lever, ready to flush, when I noticed that submerged at the bottom of the toilet was an undigested spaghetti noodle.

“How?” I remember thinking, trying to reengineer the scenario under which this six-inch strand of pasta might have fallen into my boxer shorts. I’m a messy eater. Spaghetti is notoriously difficult food, even for expert eaters, so anything seemed possible.

Except, on the couch, I had been eating thin angel hair; whereas this noodle had the round girth of udon.

I peered deep into the befouled toilet and recognized, reluctantly, that this noodle was in fact a body.

It was the body of a worm.

I saw myself in the mirror and it was like watching someone across a crowded restaurant choke.

Up until that night, my body had been the whole of that worm’s world. As I’d later learn, when its egg hatched in my stomach acid, the larva ate through the lining of my small intestine and entered my blood stream. From there it journeyed into my lungs to molt. From my lungs the juvenile worm traveled up into my mouth on a cough. I should have spit that loogie, but instead, I swallowed it like I did all my feelings in those days.

The Maury Povich Show was on the television in the waiting area of the emergency room. The camera was close up on Maury’s beak-like nose as he read the results of a paternity test. The camera cut to a toddler marked by the small head and thin upper lip of fetal alcohol syndrome. The camera cut back to Maury as he said the man onstage was NOT the father of the child. The mother hid her face. The man celebrated.

Behind the curtain, in the bowels of the emergency room, the doctor handed me a print out from Google that said I had probably ingested the parasite on undercooked vegetables fertilized in human feces.

I thought back to Utah, Larry’s lukewarm barbecue, the crunchy potatoes.

Humans can host hundreds of different types of parasitic worms. I know this because, like the doctor, I googled it. Parasitologists think that mine, ascarsis lumbricoides or giant roundworm, infects about twenty-five percent of the people in the world. That’s the same amount of people in the world who are illiterate.

Scientists have long known that intestinal parasites mimic the symptoms of pregnancy, causing the host’s body to believe the parasite is a fetus, so the host’s immune system doesn’t attack. But a recent study, which I just read today and am sharing with you now, says that in women, ascarsis lumbricoides may actually increase fertility.

When I talk about that time – which I don’t want to do, but will, for you – I have the urge to say: “the abortion we had.” The baby was each of ours, after all. Each of us. Each of us cried. But it was Sasha who carried the baby too long into the second trimester. Sasha who took the pill. Me who watched basketball highlights as she hemorrhaged. Sasha who still carried the dead weight, clots of cells she shed into the toilet. Sasha who wanted to set the spirit free and burn the pink abortion receipts in a bonfire on the beach. But it was us who never did. And so even after the pill and the suction hose, the baby’s ghost remained to yoke us. Until finally it didn’t. Until I went out to meet other girls, slipping on the leather jacket that hugged my body like a second skin, like me and that animal wer born for each other.

“You want to keep it?” the doctor said, that night in the ER when I took the jar with my worm, possessively.

Eventually, I moved out of my mom’s and into an apartment with friends. The worm lived on in the freezer. The two of us became infamous. At parties, I’d joke about being a proud parent, maybe hold the jar up to my face and ask, “Who’s better looking?” I’d watch my parasite socialize, passed between hands, thawing to room temperature, leaving rings on the coffee table, the beers and the worm sweating. Freezer burn turned it green. Still, I recognized the worm for what it was. Each time it defrosted, I wanted to ask, “Who fed whom?”

When we moved out the parasite stayed behind in the refrigerator for the next tenant.

Later, I went back to college. I took writing classes with professors who liked to push the idea that the relationship between reader and writer is mutual. That there is a give-and-take in which you, the reader, make the text complete. That light shines through the orifice of your interpretation and illuminates the text. That the reader and writer exist in a kind of reciprocity, or symbiosis.

How do you like that? Do you like to think you give my story life? Like to play a role in its emergence? Like this, now, me talking to you. You who came to my story incomplete, maybe a little crippled, with an appetite for what? Nourishment? A digestif of epiphany?

Are you a parasite, dear reader?

I needed to tell you this story, needed you to inhabit it. I adorned the story with truths and lies, decorating it, like I did the converted dining room where I slept in Ted Bundy’s house. I lured you into the story with the promise that Ted Bundy would return and meaning would be made. In the process, I aroused your desire, perhaps your sympathy, and my story wormed its way deeper. And now my story is over. And also, it isn’t. Thanks to you my story has new life. To live in you. For you to carry, wherever we go.

Jon Lindsey's work has appeared in Faded Out, Fanzine, and Vol. 1 Brooklyn among others. He lives in LA, CA.