The Art of Fiction Prayer 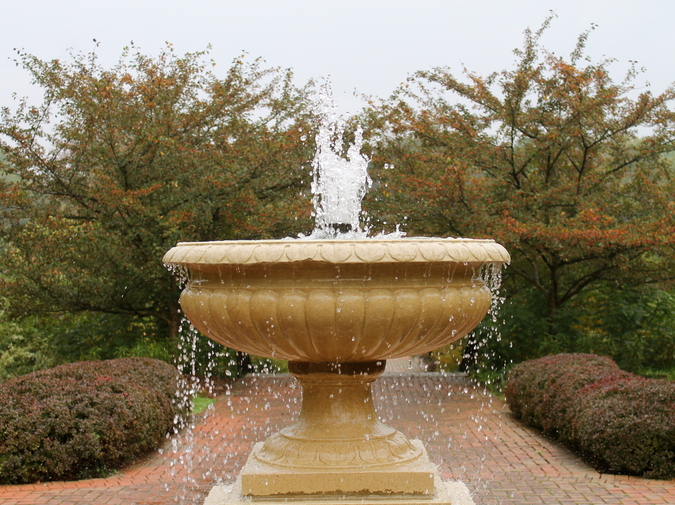 1. Prayer, according to the Encyclopedia of Occult and Parapsychology, is a “means for humans to make contact with the divine.”

2. The verb “pray” is a variant on the classical Latin word precārī, meaning “to entreat.” In Middle English, it was occasionally spelled as prey. Later, it showed­ up as pry.

“I pray for a bad road-traffic accident for Simmy.” Welsh Acid House

3. Every day radio signals are transmitted into deep space in an attempt to contact aliens. This is called METI (Messaging to Extra-Terrestrial Intelligence), a term coined by the Russian scientist Alexandar Zaitsev. METI's goal, which Zaitsev describes as "global and unselfish," is to “overcome the Great Silence in the Universe.”

4. Some of the most devout atheists I know believe in aliens, or at least in the possibility of extraterrestrial life. It never fails to amaze me how few of us believe we’re alone in the universe. The difference might be whether we suspect the Big Other is a peer or a boss.

5. The Daily Beast: What do you need to have produced/completed in order to feel that you’ve had a productive writing day?

Daniel Woodrell: If I can concentrate, deeply concentrate for two or three hours, then I feel justified for the day. Word count means less to me than knowing that I made contact.

6. According to the Oxford English Dictionary, to pray  is to “make an earnest or formal petition; esp. to ask God or a god for something, to request in prayer.”

Why earnest? Why formal? And why so damn acquisitive?

7. In Prayer: A Study in the History and Psychology of Religion, Friedrich Heiler talks about prayer as a “pouring out of the heart before God.” For Heiler, prayer is spontaneous, extemporary, free-form. Or, to put it another way, heartfelt.

8. Which makes the O.E.D. definition feels all the more calcified. Institutional. Stodgy. In short, it resembles the image that many hold of the modern Protestant church.

9. How to account for the difference between the two views of prayer? Sir Edward Burnett Tylor, English anthropologist, points to a change over time. In Primitive Culture: Researches into the Development of Mythology, Tylor theorizes that prayer started as  “utterances as free and flexible as requests to a living patriarch or chief, (then) stiffened into traditional formulas whose repetition required verbal accuracy.”

This happens with a lot of things, right? Every field starts off as a sandbox of experimentation and invention, but quickly becomes rote and rule-bound and formulaic and derivative. It’s the natural evolution from Don Quixote to Final Draft screenwriting software.

But it seems just as likely that gender may account for the difference between the two views.

10. Prayer is hermaphroditic. Institutionally, it’s masculine. Think of male priests, God identified as Father or King, the Jewish law that a quorum for prayer must consist of ten men, the way that Muslim women are positioned at the back of the prayer space, etc.

And yet, because prayer takes the form of thought and speech rather than deed, it’s associated with the feminine.

11. Male prayer is typically public, institutional, ritualized. Female prayer tends to be free-form, private, and to borrow Heiler’s term, heartfelt. As you might imagine, this can lead to a schism of understanding between the sexes.

“Hannah spoke in her heart; only her lips moved, but her voice was not audible, and Eli thought she was drunk.” Samuel I 1:13

12. Of course, this is reductive. Men can pour out their hearts to God, and women can codify prayers. Since the 16th century, Jewish women have written prayers called techines for other women. At first, the mission was translation: not everyone understood the Hebrew of the rote prayers, so some intrepid women set about translating those prayers into common Yiddish. Over time, the project departed from its original mission, and new, wholly original techines were created by women, for women.

14. Is prayer a monologue or a dialogue? If it’s dialogue, asks the Encyclopedia of Religion, where is God’s voice? If it’s monologue, how is it any different than meditation or personal reflection?

15. A few years ago, Matthew Simmons and I started a journal of prayer narratives, or characters talking to God. The project started with my realization that a prayer is really a dramatic monologue, addressed to the divine. We thought prayers would make great narratives, because when is anyone more naked and vulnerable and yearning than when they're praying?

On the flip side, when is anyone rationalizing harder or fooling himself more completely than in prayer?

16. Meditation and reflection reach inward. Prayer casts outward. It's a matter of transmitting, even if you don’t know Who or What is receiving the message.

19. For traditions that are not theistic, like Theravada Buddhism, prayer is not about not human-divine communication. Who would you be talking to?

20. Here’s one way to think of a three-act structure: it starts with the world as it is; then the world is hit with a schism; and finally the world is put back together, though it won’t ever be the same as it was before. The tide goes out toward brokenness, then sweeps back toward wholeness, stability, reunification.

“[Prayer] is a yearning of the heart to be one with the Maker.” Mohandas Ghandhi, Young India

21. The structure I described above is technically for a comedy. Prayer is the hope that the story of the universe is a comedy, not a tragedy.

22. Is anything more embarrassing or off-putting than public prayer?

23. No. Clearly it's more about calling attention to the pray-er than an attempt to bridge the Great Silence.

24. And yet I do it. Whenever I go out to eat with my friend who’s really religious, I can tell he wants to pray—he's practically straining at the bit—so I invite him to say a few words before we eat.

25. Actually, that’s not the whole truth. I ask him to pray so he won’t think badly of me. That I’m unpious or wayward or whatever. Also, a part of me wishes I could pray wherever and whenever and not feel awkward about it. What would it be like to feel what he seems to feel—the ease, the steady flame of desire, the lack of ambivalence?

But the whole time he's praying, I'm aflame with self-consciousness. I feel like making apologetic glances around the restaurant, or waiting until he goes to the bathroom before announcing to the other diners, “I’m not like this normally.”

After he finishes, I feel about eight layers of bad, because I was distracted, pretending to concentrate while actually fantasizing about selling out my friend. I prayed, but in bad faith.

26. “And when you pray, do not be like the hypocrites, for they love to pray standing in the synagogues and on the street corners to be seen by others…6 [W]hen you pray, go into your room, close the door and pray to your Father, who is unseen. Then your Father, who sees what is done in secret, will reward you. 7 And when you pray, do not keep on babbling like pagans, for they think they will be heard because of their many words. 8 Do not be like them, for your Father knows what you need before you ask him.” Matthew 6: 5-8

That’s Jesus, hectoring the disciples just before he teaches them the Lord's Prayer, which is interesting timing if you think about it. Front-loading these warnings makes it seem like he’s worried that once they know how to pray, they’re going to be real knobs about it.

27. Christians have been saying the Lord’s Prayer ever since, but is there any real value in recitation? Anyone with a rosary would say yes. But look at any group of kids saying the Pledge of Allegiance. They look (and sound) like zombies. Their mouths move, but their minds are elsewhere. I've heard the same kind of autopilot droning in churches all my life. It's the logical, depressing end to Tylor's theory of ritualization.

28. Although: one time at church camp it was different. Once I prayed in a way that was rote, public, and heartfelt.

29. I’ve never told this story before, and I kind of can’t believe I’m telling it now. As I’m typing this, my zoom level is at 50% in case one of my co-workers walks by and happens to glance at my screen. But prayer is about making yourself naked and vulnerable, and so is this story, so I’ll tell it.

30. I was twenty or twenty-one years old, working at a Lutheran camp during the summer. Those were my Jeckyll and Hyde years, spending my weekdays shepherding kids, and weekends getting blackout drunk and waking up on a pontoon, or in a strange house, or, once, on a golf course in Canada. Sometimes alone, sometimes not. Most of the time I couldn’t stand myself. Even now, thinking back on those times makes my stomach twist. I felt that way all the time back then. It wasn’t religion that made me feel guilty; I just knew this wasn’t the person I wanted to be, but I didn’t know how to stop fucking up. I didn't know how to close the schism between myself and my idea of myself.

31. One night at camp I was talking with a group of high-schoolers. We were in the big lodge at the top of the hill. The only light came from the moon on the lake outside the screened windows—a reflection of a reflection, a transmission of light from far away. In the lodge, we were all shapes and shadows. Voices, not faces. We got on the topic of the mindless mumbling you hear in church, and I wondered out loud what would happen if we said the Lord's Prayer together, slowly, thinking about what we were saying, trying to mean it.

32. Defamiliarization. “Making the familiar strange by impeding automatic, habitual ways of perceiving. For Shklovsky and the Russian Formalists, defamiliarization (OSTRANENIYE) captures the purpose of (literary) art: the promotion of awareness.” A Dictionary of Narratology

33. We started the prayer—and there in the darkness and togetherness and the concentrated mindfulness, something happened. I don’t know how to describe it...I felt ionized. Lifted. For a moment, it was like I was looking down at all of us, including myself.

I don't know how long this lasted. A few seconds? A minute? I came back to myself when someone’s hand stole into mine. The prayer was over, but everyone was holding hands. A rough circle, a closed circuit.

34. Afterwards, I wept. I sat on a log outside the lodge and cried harder than I have before or since, though I didn’t know why. When I pulled myself together, this is the thought that came to me: This is what you’re meant to do. This is who you’re supposed to be.

37. The thing about the Lord’s Prayer is that it’s a community prayer. Our father. Forgive us.

38. Prayer can be a way of remembering.

Bryan Furuness is the author of the novel, The Lost Episodes of Revie Bryson. His stories have appeared in Best American Nonrequired Reading and New Stories from the Midwest, and elsewhere. He teaches at Butler University, where he runs the small press, Pressgang.