The Art of Fiction Thrift Stores 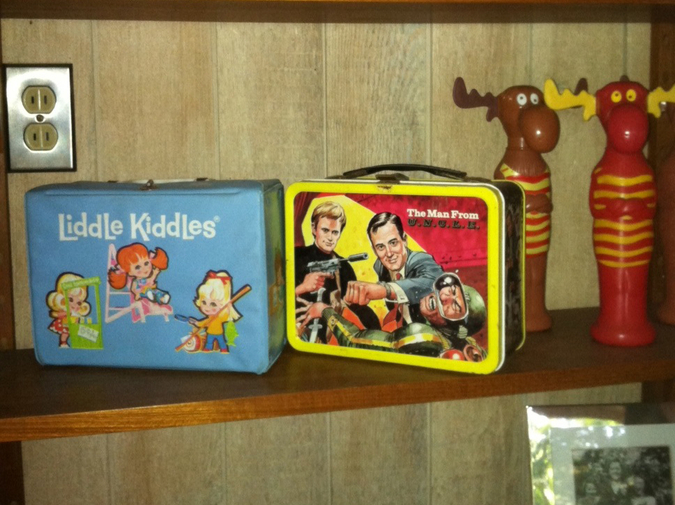 HOBART: As much as I hate when interviewers introduce questions with a little story about themselves, I'm going to do that a bit myself here. When I was in workshop, after one story someone said something like, "also, I'm bummed that you 'took' a driving range as a setting; I've been wanting to find some story to set there myself. It's such a great setting, asking for a story!" It made me kinda proud, but also reminded me of your story "Something Good," which I read almost a decade ago and has still stuck with me. I love the story itself, everything about it, but a part of that is the brilliance of thrift store as setting (and also job). And then, a few years ago, when I saw Smart People (in part/mostly actually because I was excited that you'd written the screenplay), I was excited to see a scene again set at a thrift store -- both because, again, I love the setting, and it made me realize it's maybe underused, and finally because it reminded me of "Something Good." I guess what I'm getting at with all this is just, simply, could you talk a little about the "art" or narrative possibilities of thrift stores?

Mark Jude Poirier: Thrift stores are full of possibility and sadness, which makes them perfect settings for fiction, in my opinion.  I began to set some of my fiction in thrift stores without actually realizing the thematic implications; I set it there because I knew thrift stores pretty well.

My hometown of Tucson used to have an amazing array of thrift stores—so amazing, in fact, that Todd Oldham once mentioned in an interview in Vogue that he preferred the thrift stores in Tucson to anywhere else.   As a teenager, I combed these thrift stores for clothing and records and the occasional weird gewgaw.  I remember the Value Village on Fourth Avenue well: racks and racks of clothing, most priced under a dollar, prosthetic limbs hanging from the ceiling, and a huge space packed precariously with discarded furniture.

In my twenties, I began to collect lunchboxes in earnest, so I spent a lot of time in thrift stores.  I imagined a lunch box collecting nemesis, Lunchbox Lady, who always got to the thrift store before I did.  She beat me to lunchboxes.  Turns out there was indeed a lunchbox lady—Sallie—but that’s another story.  I rarely found decent lunchboxes in Tucson thrift stores, but I had a few memorable scores: a ‘60s Secret Agent in near-mint condition for 99 cents, two Super Powers boxes from the early ‘80s, and a highly rare ‘70s vinyl one featuring a Claymation image of two boys shooting off rockets.

It was during this time that I began to suspect that employees at thrift stores took all the good stuff before it ever hit the shelves, a suspicion that served as the genesis for “Something Good,” a story from my first collection, Naked Pueblo.

About nine years ago, I lost my friend, Rose.  She had also been a thrift store hound, and together we’d wade through the thrift stores in Tucson.  She was influential in my appreciation of kitsch, and was the one who got me into lunchbox collecting. We were competitive, and when I moved away for work or graduate school, we would call each other, to brag about our recent finds.  She once claimed she found a Charlie’s Angels box for ten cents at Value Village, but I suspect she was trying to get under my skin, perhaps envious of my living in a Baltimore and having access to a whole new spate of thrift stores.

A few months before she died, I was in her apartment in Tucson and I found a plastic-billed Michael Jackson visor on her desk.  The image of Michael was cheesy and cartoonish.  I picked it up and started laughing.  She started laughing.  She told me she discovered it in a thrift store and couldn’t pass it up.   When she died, I thought a lot about this visor.  It was cheap and tacky, part of the pop-culture detritus that pollutes our world, but it had also brought joy to me and Rose, however briefly, and therefore it was invaluable.  I wish I had that visor now.

I began to look at items in thrift stores in a new way.  I started seeing them as artifacts—of culture, of specific lives.  At some point someone really wanted this California Raisins shirt.  This plaid umbrella was a gift from a father to a daughter leaving for college in Seattle.  This blender was used at countless parties to mix margaritas and daiquiris, and at one of these parties a couple hooked up and had sex and conceived a child or transmitted herpes or broke each other’s hearts.  A man wore these old wingtips on his wedding day, to a job interview that he screwed up, to his son’s funeral.

HOBART: I want to break in here real quick, because this idea is interesting, and maybe relatively common, though I don’t think I’ve ever thought too much about my own thrift store purchases. This seems like such a ready-made fiction writer’s game. It reminds me of those Significant Objects/dollar store reading kinds of prompts, the former of which you actually contributoed to. Was that a happy accident, or had the SO editors, like me, noticed this theme in your work, or...

MJP: It was a happy accident.  I'm only disappointed that I wasn't assigned the Charlie's Angels thermos.

MJP: I’m not sure that any specific items have inspired a story, other than the one I wrote for the Significant Objects project.  The desire for objects, however misguided that desire may be, has definitely inspired fiction.  I’ve mentioned “Something Good” already, but I think the protagonist’s desire for pop culture toys and memorabilia stems from an emotional emptiness—the emptier he feels, the more interested in finding the ‘70s toy amongst the thrift store donations he is.   In a sort of new story I wrote called “I Don’t Even Know Why I’m Here,” the narrator is a rich, horrible, materialistic but very smart and savvy teenage girl who nearly—nearly—transcends the privileged lifestyle she was born into.  She can recognize other rich people who’ve done it, however superficially, but in the end, she can’t, and she settles for a life just like her mother’s—a ridiculous Frankenmansion, a new Hummer, and a hedge-fund husband.

HOBART: Do you think the impulse to connect these artifacts to story scenarios grew out of your fiction writing at all, or vice versa, or are they just kind of two aspects of that same overall “creative” personality?

MJP: I think the kind of kitschy stuff worked its way into my fiction because I was interested in it, and my knowledge of it allowed me to convey a sense of authority—I hope.  I find that when writers do convey a sense of authority, the reader can relax (subconsciously) and focus on the emotional meat of the story, not the physical details. When I think about authority, I think of the opening to Sometimes a Great Notion, where Kesey lists Oregon coastal mountain ranges and different types of berry bushes.  I’m not familiar with the mountain ranges or berry bushes, and he doesn’t spend many words actually describing them, but he wins over the reader in the first few pages simply by knowing the names of the mountains and the plants. 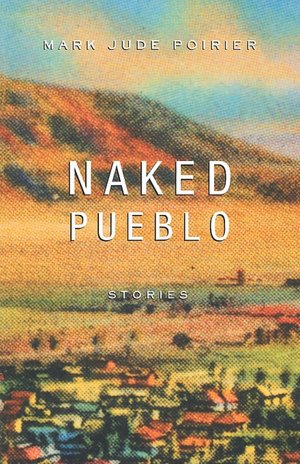 In the first paragraph of “Something Good,” the narrator mentions his recent scores: “1969 Fred Flintstone Figural Bank, a box of uncolored-in Planet of the Apes coloring books, Waltons board game, CHiPs Ponch doll—missing a boot.”  People reading the story may not know what any of these items are, but I think they see that the writer knows the world of the story.

HOBART: I want to get back, a little, to what you said about seeing the items as “artifacts—of culture, of specific lives.” Again, I’m a little back where I began, marveling at all the seemingly built-in the narrative possibilities...

MJP: When you think about it, a large percentage of the clothing in thrift stores comes from dead people.  It’s depressing unless you consider that these clothes can bring happiness to new owners, that they’re not immediately ending up in landfills.  In “Smart People,” Lawrence culls his deceased wife’s clothing from the racks of a Goodwill outside of Pittsburgh not only because he’s not ready to let go of her, but because he feels like she’s somehow been dishonored by allowing the clothes to hang there.   He’s a snob, and his snobbishness is magnified in his despair.  Later, when he’s ready and things have changed in his life, he returns the clothes to the Goodwill, a gesture that allows him to move on.

HOBART: Finally, could you say anything about, maybe comparing or contrasting, different thrift stores -- Goodwill, Salvation Army, St. Vincent, other local places? What makes a good thrift store? A bad one?

MJP:Thrift stores have changed a lot in the past twenty years.  Ebay has taught the world what things are “worth,” so thrift stores now often feature a locked glass cabinet full of items they deem collectible.  Large chains of thrift stores like Savers work as middlemen from the donators to the non-profit charities.  The closest Goodwill to me here in Connecticut prices their clothing so high that you’d be better off just buying new stuff at the mall.  Honest.  Forget about buying anything else there—it’s all picked-through, and what remains is outrageously overpriced.   Last month I went to a thrift store in Iowa City that I used to frequent when I was in graduate school, and it was great.  It’s large, well-organized, and the prices are reasonable.  There was a beautiful ‘50s industrial tanker desk for sixty bucks.  The same one would go for ten times that in New York.  At least.   I didn’t find any lunchboxes, but I did leave with several old family photos, a very difficult puzzle called “Hexed,” and a super-long psychedelic pencil.