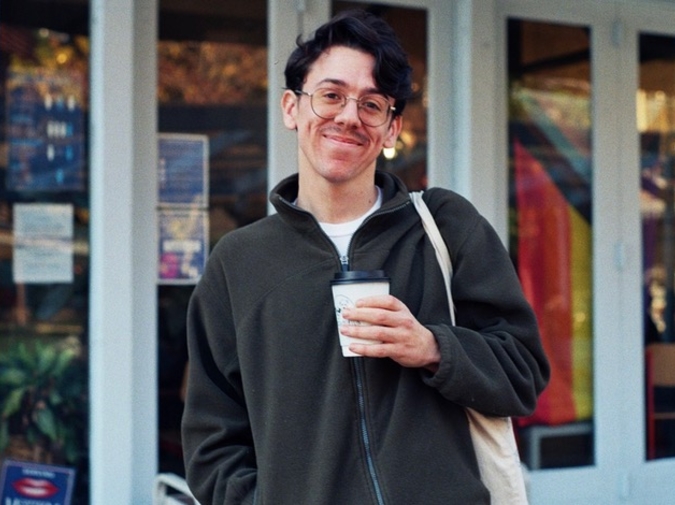 An abstinence card that I signed during middle school youth group still sits in my wallet. It’s the same wallet I’ve had since I was 12 years old. The inside pocket has ripped up, revealing the leather that has been untouched by the sun. When I was younger, I used to keep loose change within it so I could look at the circle outlines on the outside as I paid for things with my own money. The card was signed April 19, 2012, and It reads:

I hereby choose, with the grace of God, to make a commitment to purity in my thoughts, words, and actions. Putting aside the past, today, I voluntarily choose to abstain from all sexual activity until marriage and to remain true to my spouse. I recognize that this decision will not be easy, but I know that it is the best choice for my mind, body, and soul, as well as my future spouse and children.

It sat in my wallet while I made out with a guy during the “Josie and the Pussycats” movie. He spent his afternoon cooking vegan cauliflower tacos with black bean puree, a meal he wanted to provide me because he wanted me to see his place.  He insisted we fuck while the movie played. I don’t want us to have sex yet; I like you too much, I said, as we rubbed up against each other while Josie shredded on her guitar, singing the opening lines to Spin Around. I woke up to a text saying he just wanted to be friends the next day.

It sat in my wallet when I had sex with a different guy a week later after a first date. We also ate tacos beforehand (Moving forward, I’m forever ruling them out as a first-date meal.) I cried about Pussycats guy before the date and cried as I drove home. I contemplated throwing the card out the window but couldn’t bring myself to do it.

It sat in my wallet when I was having sex with an ex, and he told me to stop because it hurt him too much to come. This was early on in my dating life, having about three casual sex partners and never bringing a single one of them to climax. I twiddled the card between my fingers while he showered, questioning what it was that he needed to shower off since we had stopped early.

It sat in my wallet when I was having sex with my first ex-boyfriend, who shared a bedroom with his brother. I was worried that he would walk in at any moment. He’s not even here. Just keep going, he said. One of the many reasons he listed for breaking up with me was that I couldn’t make him cum, leading him to believe we were sexually incompatible. I was shocked but ultimately not surprised because he joked about it one day in bed while I laid on top of him. My head rested on his hairy chest, and the only thing I could think of was how hollow he felt.

Every time I made love with my most recent boyfriend, it sat in my wallet. I never told him about the card, nor anyone else. It was the one relationship where I considered finally burning it and relinquishing myself of the burden, but it ended a few months ago. Once again, I’m stuck with it.

When I signed the card in 2012, a small outline of myself detached from my body and began to follow me around. It’s the same size I was at the time. 5’6”. 155 pounds. Rounded in the hips region with thick legs and no neckline. He follows me everywhere I go because the card is still with me. During these scenarios, he sits in a corner facing the wall, breathing life into the card, making its presence known. Disposing of the card feels like murdering him. Having it is just a reminder of something that I said I would follow through with but ultimately gave up on. Maybe if I can’t keep the promise, I can still guarantee I’ll carry the card with me through my whole life. Perhaps that’s all I can do anymore.

When I was riddled with Catholic Guilt(trademark), I would spend hours deciphering how the equation of Abstinence shouldn’t apply to me. The Church doesn’t believe in gay marriage, so why should gay sex wait for something that ~seemingly~ doesn’t exist? Maybe I haven’t broken my promise at all. Perhaps I can fuck however much I want and have it be okay because, with this logic, I am just a shapeless outline that the Church refuses to acknowledge.

A friend recently opened up to me and said, you don’t talk about your sex life. I thought you were a ‘wait till marriage’ kind of guy for the longest time. I didn’t know what to say to him besides that I grew up incredibly religious.

After the phone call, I pondered his observation and laid out words that I wish I could have crafted at the moment. I would have said, I feel like I was dunked in a residue of sexlessness when I was baptized. No matter how many showers or sex-filled nights, it will always linger on me, making me glow with a ridiculous aura that’s just a gargantuan tattoo on my forehead that says, “I’m sort of a virgin but not really but also yes really, a lot.”

To no surprise, The gay marriage unit in youth group was burned into my brain. I remember light magnifying through an empty wine glass that my youth leader held up to us.

This represents Marriage in the Catholic Church, he began, We view it as this perfect entity that is untainted. However, we’ve allowed original sin to ruin how we view it.

I knew I’d never forget this moment because it felt like I was the only person in the room that could latch onto the material in a genuine and personal way. It also helped that he looked like a Greek God with massive Lacrosse arms and a tight-fitting coral shirt. Now that I think about how he looked, I wish younger me would have just stood up, yelled ARE YOU KIDDING ME? And then walked out.

He proceeded to lay a towel over the wine glass, step on it, and unveil it to us. In his hands was just the stem, and no wine could be held inside it. Light bounced off the shards scattered at his feet, creating a broken mosaic above him. The church doesn’t recognize gay marriage. But who are we to say gay people cannot get married when our image of marriage is so broken? 50% of marriages end in divorce these days.

After pondering how he danced around the topic without taking a stance, I felt a little cheated. The small rat that lives inside of my head that IS my inner voice screamed at me the entire ride home after that unit. He scurried across the image of the wine glass, now just scorch marks on the walls of my skull, and yelled, WHY COULDN’T HE HAVE JUST SAID GAY MARRIAGE IS BAD? WHY DID HE HAVE TO MAKE IT COMPLICATED? JUST SAY WE’RE GOING TO HELL, YOU GORGEOUS GOD OF A MAN, DON’T BE SELF-AWARE ABOUT IT; THAT’S NOT THE NARRATIVE WE’VE BEEN LIVING OFF OF FOR YEARS AND YEARS ON END.

The rat’s anger is just a symbol of the contradictory energy that appeared in every genuine person I met while growing up in the Catholic Church.  Lots of kindness mixed with conflicting views that call into question the authenticity that captivated me in the first place. I deemed these people as “my favorites” whenever I felt like they accepted me after I came out. I can’t decide if this is a good or bad thing. That I’m seeking acceptance from people who I’ve crafted a narrative about, and they’re just proving me wrong.

I haven’t experienced any verbal rudeness about being gay in a long time, not since the bullies from middle school. Even then, I’m grateful for the growth that I experienced from interacting with them because it forced me to develop a sense of humor. In my eyes, a sense of self. In the retrospective act of looking back on my resentment towards the church, I realized love was always there.

I never realized that religion played a huge part in my relationships until I discovered that the boys that made me feel the most heartbroken were the ones who identified themselves as religious. The Pussycat guy, the one that broke up with me because I wouldn’t sleep with him, was one of the holiest Christians I had ever met. He just also loved sex. A lot. He told me he didn’t want a relationship and then, two weeks later, started dating someone who looked exactly like me but more handsome. I recently read an Instagram post he made about this boy, saying that the boy came to him at the right moment in his life.

What did he learn from our breakup? What did he learn when I told him that I liked him too much to sleep with him just yet but that I would eventually? How does anyone stay sane when someone dumps them and immediately finds a loving and lasting relationship?

I care more when the person hurting me is incredibly similar to me, almost as if I’m hurting myself. I recently got out of a relationship with someone who did not believe in God, and I don’t feel much pain. Mostly emptiness and a craving for the space they used to fill. Besides that, I feel relief knowing that the relationship ended on our terms, and we didn’t blame it on God, offering parting words to each other such as, This is simply God’s plan.

If my exes that hurt me the most are also incredibly religious, I’m assuming that some part of me wants to be loved and accepted by someone with a similar religious upbringing. It’s not the same thing, but it feels like the heartbreak is just another way the church has rejected me in a non-clear manner. It feels like they’re saying:

I know you want this ideal image, but I’m here to tell you that it’s never going to be what you’re looking for. I know what’s best for you. Stop trying.

However, there’s something to be said about writing about it here and feeling nothing at all. Anyone can learn about my sex life if they just take the time to read. I always feel removed from what I write because it has left my body. Words don’t feel like mine after they’ve left. They’ve become their own entity. Sex and writing will always be the same. I’m doing it, but I never feel like I’m fully present. Something’s always dragging me away.

Erik Martinez is a writer and comedian living in New York City. He graduated from the University of Texas at Austin with a B.A. in Theater and a B.S. in Film, as well as a minor in Creative Writing. When he’s not dreaming about being a frog, he is sleeping or drinking coffee before bed. Pastimes include writing chaotic tweets on Twitter: @dootydooster and acting chaotic for the camera on Tik Tok: @erikouille