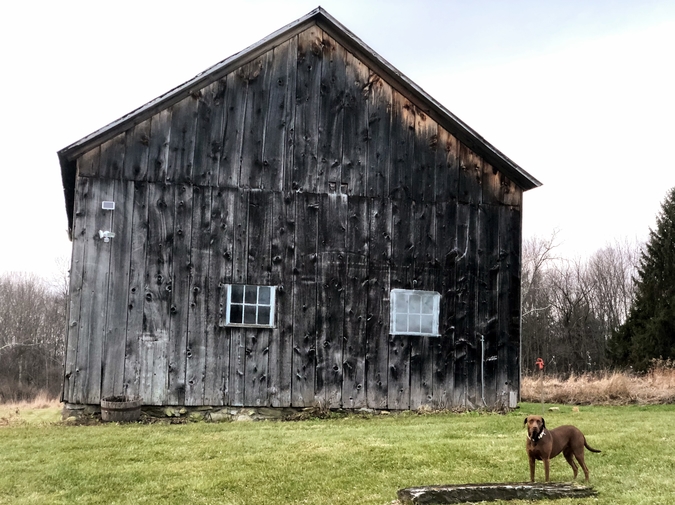 Ten years have passed in ninety days. The mushrooms I bought yesterday are moldy; the lines around my mouth have deepened. Tomorrow I am a mother for the first time. Grandma died, too. Fifty-two years young. Mother will be older than her in four years. Imagine that—a daughter that is older than her very own mother. One ought to wonder about things like that. We’ll cross that bridge in only a few hours, but maybe it already happened yesterday, no, next week. Next week has already come and gone.

The world has ended one hundred times over and has begun again one hundred and one times. It is hard to be certain if the seventy-sixth time was the final time, or if the forty-eighth was the first time ever. Tomorrow, a piece of me is somewhere, someone else. One ought to be suspicious of things like that. Today, I am a young girl with my mother. She brushes my wet hair and talks to me softly. I don’t have to respond. I’m not there. I’m swinging on a swing set—a backyard I cannot recognize in the past—pledging to never be a mother, even though I already was one yesterday. No, no. I was one tomorrow.

The day after next, I am a virgin under a boy for the first time. It is different this time, being the first, you know, losing “it”—what is “it”? It being a napkin with a song scribbled on it, but maybe it being any number of the animals we kept growing up. Yes, we lose a lot of things. Every day we lose little bits and pieces of ourselves and I can’t help but wonder how we don’t erode into just a few of the bits and pieces left. I mean, we do. Ten years have passed in ninety days. I know what is waiting on the other side of ninety days times five. Give or take. We don’t choose. But we do give and take.

In Chelsea, I meet a tall, smiley boy. I know him immediately. He is the elderly man that audited my university classes. A gift of time. One has so much when they have so little left. The sands of time, although it is really salt if you ask me. The salt on your upper lip when you sweat under the hot Texas sun, but also the salt of the Boston streets on the bottoms of your feet from walking barefoot home after a long shift. The concrete rubs the dead skin off, but you have to be mindful of needles.

In January, you do not have to worry about stepping on needles; if one dares to remove their shoes, they are daring Mother Nature to take their very toes away from them for good. So that is one less thing to worry about. It doesn’t solve the problem of the trolley fare, though, and you walk the two miles to work and the two miles back in the middle of a New England winter—mild they say—because it is this or your groceries. There are no needles though and the cold, crisp air is a welcome familiarity, so you don’t mind too much.

It is all rather nostalgic.

Madison L. Sargeant is a recent graduate of Boston University, where she studied international relations and statistical methods. She is originally from Fort Worth, Texas.