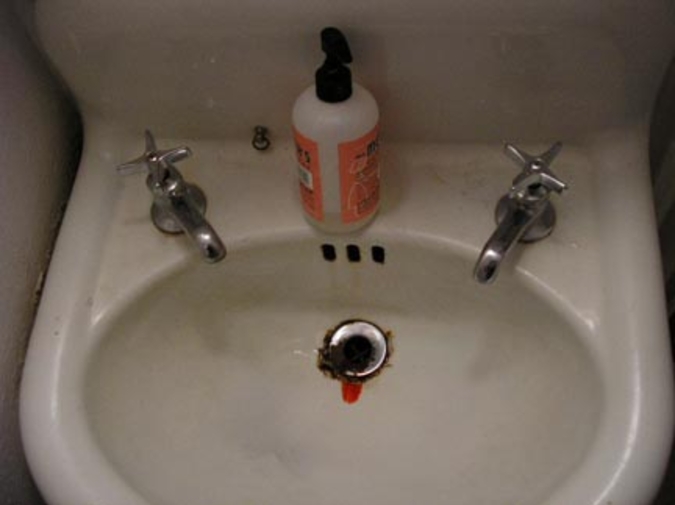 “Lost it in a hunting accident.”

Each implied a personal history that her longer term acquaintances (she had no real friends) could not quite imagine for her. The consensus was that she’d lost her finger in some boring and non-tragic way sometime in her twenty-fifth year and that the stories, all the stories, were attention seeking only. Few remembered the first time they’d noticed its absence (the finger) and no one remembered the last time they’d seen her with all ten. Some recalled a period of bandage wearing. Most assumed it had happened when they were not around. But in truth, no one gave it a whole lot of thought. It came up only occasionally in casual conversation at parties right after she’d left.

None had yet guessed that she’d cut it off with a cleaver one October afternoon in an attempt to make herself more distinctive and present in the world. The hospital record didn’t show the cause and there was no witness or confidant she’d bothered to tell.

She suspected that her mother suspected but feared to bring it up. Her father sometimes forgot he even had a nine fingered daughter, so little did it matter to him. Neither asked her what had happened or mentioned it at all (a relief and a frustration, considering). Had they asked, she would have told them it was the best decision she’d ever made.

She’d been planning for some time to alter herself. A haircut seemed too basic, tattoos too trite, language lessons too dull. That is to say, it was not undertaken lightly. She’d executed several flow charts at the time, comparing the efficacy of online dating vs. addicting herself to opiates vs. this more extreme route. And even after she’d decided, fixed on amputation as the only possible solution, she’d then spent weeks charting bodyparts in a variety of categories – functionality, prominence, aesthetics, potential pain, and healing time.

Charting was the first thrill. Once you start seeing yourself as a group of only somewhat necessary limbs, it’s unclear what you need really and how much you need it. Why the doubling of hands and feet? Then times ten for fingers and toes. What is a face even for? Does one really require every arm and leg and ear and eye one happens to be born with?

She chose the index finger of her right hand – a digit both prominent and useful but not essential. Dead center on her chart of charts. Noticeable in handshakes and waves and close contact. Without altering her completely, it would stand out.

She had listed its many uses in her notebook: pointing, poking, picking, itching, typing, dialing, but hadn’t anticipated the feeling that would rise in her each time she missed it – when she went to turn the page of a book or dial a phone and realized again she’d have to use the next finger down the line.

She found herself revealing her lack whenever she could, orchestrating handshakes, picking lint off of lapels, moving closer to strangers than she ever would have. It drew people to her and drew her to them. She would watch as they saw it for the first time, glancing quickly away and back again, intrigued and then embarrassed by their own morbid curiosity. She loved the careful way they spoke to her, measuring their words as they imagined her strange past and complex inner life.

At other times, she exercised a type of practiced restraint, hiding it in a pocket or stuffing the index finger of her glove with tissue paper so that no one could possibly know. The secrecy brought with it a different type of joy, a delicate power that came from fooling strangers into thinking she was the ordinary girl, the ten fingered, ten toed, two eyed, blue eyed nobody with nothing to say. They would never know what she had, what she didn’t, what she chose of herself to reveal, and what she kept from the world at will.

It was all she’d hoped for. More.

And yet, not nearly enough. How many people noticed a nine-fingered girl? Really noticed? What percentage of their day did they spend thinking of the small percentage of her that was gone? How long would they care?

She found herself, more and more, looking back to the act itself, that day in her kitchen gripping the cleaver in her left hand, the moment after she’d finally worked up the courage to do it, the relief she’d felt as part of the pain, as if, with that lone finger she’d also severed some invisible leash, chopped the line that connected her to her own ordinary life.

All that remained was that cleaver, thoroughly washed and hanging on its magnetic rack, and the desiccated digit tucked safely into a box in her nightstand. She rarely took it out, did not like to the look of it now. It had shriveled some and discolored so that it no longer seemed a part of her. It was better to keep the box closed and imagine the finger as it had been, plump and pink and practically twitching there on the butcher block, its image fixed for her with the sweep of pain that had accompanied its loss.

Anyway, it was not the thing itself, but the absence she treasured. The perfect imperfection of her new self.

She fingered the place her finger had been, traced the S shaped scar, and thought about what else she could happily live without.

Mika Taylor lives in Willimantic, Connecticut (a.k.a. Romantic Willimantic, a.k.a. Heroin Town USA, a.k.a. Thread City, a.k.a. Vulture Town) with her writer husband, PR Griffis, and Petunia von Scampers their crime-solving dog. You can read her stories and essays in The Southern Review, Guernica, The Kenyon Review Online, The Collagist, Black Warrior Review, and Diagram.