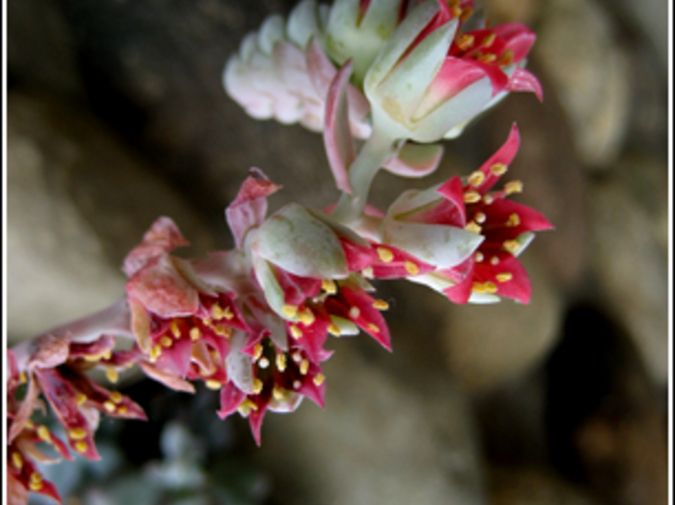 Sebastian was a messenger of sorts, dispatched each time a neighbor died to notify the colonies of bees whose cornflake-colored hives bestrode the demarcation line between five private rural properties. His father—landscaper and gamekeeper-on-call—endorsed him to the coarse and largely silent patriarchs who swore by the folkloric ceremony, but whose women bore no sons to see it through. Sebastian, only six, stood stiff and grimacing while sullen, ineffectual black-robed daughters fixed a keychain to his wrist. A smallish boy, just then he felt immense, as if he held the dying man's last breath, and, whispering his threefold song, released it to the buzzing couriers who'd take his soul so far away. And far away was an amazing end.

The bees themselves he didn't fear. In fact, the farmsteads' insect maintenance gig had been his since the spring before his first funereal trip, when by himself he helped a scared mare whelp a too large colt and thusly earned his father's trust. Acquainted with the bee queen, he had known the drones for months. So now, set up: he went, he tapped, he sung. Returning, hung the keychain on the nail protruding from the dead man's door. The funeral inside was almost through, his well-concluded duty, he imagined, tantamount to its success.

Except he never did expect the next twelve years of wailing women and their flapless men commanding him to herald out the dead. Eighteen, he'd never even seen a god-damned glance of far away. He only knew the fields and fences flanking black-and-yellow reapers whose gold habitats no longer seemed a convoy but a trap for his transported souls. The only forward motion that he'd known was looking forward to the glimpses he could sneak of Joan, lone friendly face among the angry girls who after all these years continued to resent the hellish, endless errand that all the parents still insisted that he run.

His Joan, who even in a gingham housedress shone like fruit shellacked by honey. Joan, whose farm was westernmost so when Sebastian walked home dwindling winter nights he felt the setting sun followed him there, toward her then past them both, pursuing everything he'd never see and everything she had. She'd been to school and back, returning early for a month to nurse her nervous mother's nervous stomach troubles. That month turned into others, and with work and luck he'd caught her every afternoon a week for three, passing too-quick half-hours hearing how cities shifted one's insides, creating space not just for wild things, cut grass, manure, dim- and sawdust-shrouded bars and death but also late-night dancing, starless skies and noise and giant stores that sold the strangest foreign goods.

The next week he was called to tell the bees the Johnson boy had bought the farm (as in his wicked moods he'd started calling it, despite the fact young Johnson now would not.) No Joan that day, and none the next, when Gladwell's pretty, dumb blonde son keeled over underneath a milking cow and (no, Sebastian!) kicked the bucket. Of course, the farmers feared that God was bent on stealing sons that year. Sebastian tapped and tapped—if truth be told, the years transformed those taps to knocks, then punches—and he spit the brownie tune into the cold-snapped air, wishing for Joan, and to be gone, and that those stupid boys would stop their bothersome dying.

Which they did, when old Officer Fisk started awake behind his scarred wood desk, a burst of cognizance revealing that he'd missed a major point in both the dead boys' parents' depositions: the sons each ate a day apart in town at Buddy's Kitchen. Questioning made quick work of the mystery—two beers, one extra-rancid trout and that was that—lights out for both.

The townspeople were overwrought with grief. Sebastian, guilty now about his callousnessâ€”he'd known those boys since both were ill-behaved in Sunday schoolâ€”took his hard heart as proof farm life had done him in. As quickly as provoked bees sting a screaming child, the newly riled teenager decided he would leave. And soon.

Of course he loved Joan. Did she love him, too? He knew—from years of watching grieving, sweat-soaked women either thrash or pacify their men—that death sometimes made lovers, sometimes fiends. And Joan would lose her mother soon, he knew. A plan spread through him, tentacles unfurling in the liquid insides loving her had made, a tender touch first at his heart, then head, then straightening the work-broad shoulders that had slumped in resignation: when her mother died, they'd call him there to tell the bees. He would not tell the bees this time, the butterflies his stomach suffered were the only insects he'd obey ever again.

He'd tell Joan that he loved her then.

Almost a month, and what a month. He'd never wished for death before, and Joan's poor mother skulked around its door, but never seemed to knock. Sebastian locked his love inside his chest, tempestuous Pandora's box he nonetheless obsessed about unlatching. He hoped the cold Joan's father had was catching. He hoped the window Joan's big sister cracked let in the kinds of drafts that led to fatal hacking coughs. Of course, he didn't hope for suffering, but waiting was a torture of its own, and he had waited eighteen years to see horizons writ in colors other than thick greens and dusty browns. Joan's copper hair: a pendulum that swung from laundry pile to line and mocked the hours that rung and rung and rung infernally from copper bells atop the country church. Her mom got worse and worse, and yet, the woman wouldn't budge.

But even sicknesses as slow as watched pots bubble up eventually. Joan's mother died that fire-hot July, and when Sebastian's father woke him from his weather-moistened bed to tender what he thought distressing news, Sebastian was consumed with ecstasy. Today. They'd call for him today. They did. He clutched the ring of keys he carried now each time he told the bees, and bee-lined for Joan's house, a run he didn't slow until the moment when, as tall white farmhouse eaves emerged behind the fallow fields, he knew he might be seen. The scene required decorum now.

He walked into the crowded house. His love hovered above her mother's bed: an asterisk footnoting that bleak scene with proof that beauty brightens anything. At least, that's what Sebastian saw. He softly called her name. She turned, tear-blurred and sinking, as though her sadness were a weighty horizontal thing sequestered in her chest. She'd had no rest, and nor had he. As she drew near he said, under his breath: it's now, it's here. It's now, it's me.

I love you, Joan, he whispered, then again, aloud.

She paused, her hands still half-outstretched anticipating their embrace. He raised his own, still walking. Said: I'm leaving. Said: You are my only. She was still stopped, stone, revolted. He grasped shaking shoulders: Come.

And finally, she spoke: You're joking.

That afternoon grew hotter after noon. Sebastian's unenthusiastic wallow though the gorse that day was more or less the worst he'd ever shambled. Was he able he'd have stayed away, but seeing as the bees had been his bedfellows, his hell, his home, he knew he owed them this last ritual.

He tapped. He sang, but not the song they knew. Instead:


* Opening quote from the "Tell the Bees" exhibit at the Museum of Jurassic Technology in Los Angeles.

Born and raised in Brooklyn, New York, Jessica Piazza now lives in Los Angeles while pursuing a PhD in Literature and Creative Writing at the University of Southern California. She is Founding Editor of Bat City Review, and her poems have most recently appeared in 42 Opus, Agni, Indiana Review, No Tell Motel, Rattle and Pebble Lake Review. Her most recent projects include a series of short stories in verse, and a book of personal essays (thankfully, not in verse.)