Ted Bundy Watches the Rose Bowl Between the Washington Huskies and the Michigan Wolverines in Early 1978, Eleven Years Before He Was Put to Death 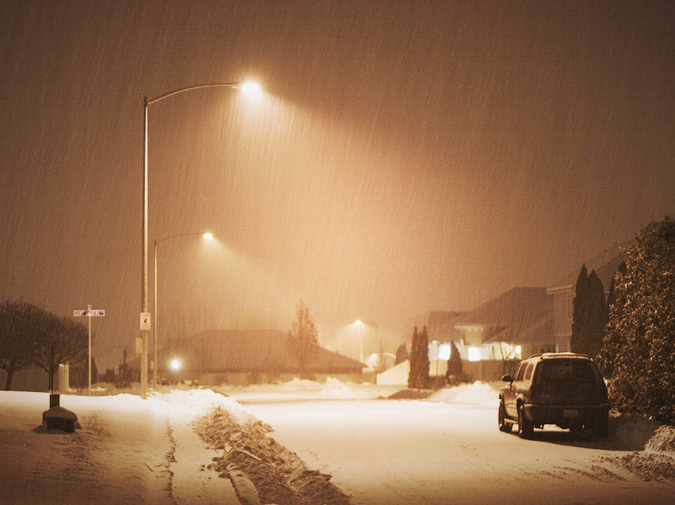 “Can I get you something?” the bartender asked, wiping a rag around the inside of a glass.

“Vodka cran,” Ted said. “And can you turn up the volume on the TV?”

“No, my sister went to Washington,” Ted lied. “So there’s a kind of loyalty there.”

The bartender gestured to the rest of the bar. “Michigan fans in here.”

“Seeing as I’m in Michigan,” Ted said. He gave a little smile.

“Let me get that drink for you.”

Ted had started the holidays in Aspen. Well, in the jail in Aspen, awaiting trial for a murder he’d committed in Snowmass. This wasn’t his first time trying to get free. This time, though, since most staffers had been home with their families, he didn’t have to pull a stunt like last time, jumping out a window two stories up. He just shimmied through the ductwork and dropped into the jailer’s office, found his layman’s clothes, and walked right out the front door.

None of that nonsense like the first time when his ankle was sprained so bad he could barely get around. The whole plan went to hell trying to get around those snow-slogged mountains with a bum ankle.

After he walked out the door he took the road on foot until he flagged a ride to Vail, caught a bus to Denver, a flight to Chicago, and then a train to Ann Arbor. Half a country crossed in a few days. There wasn’t a net big enough.

“Moon’s a hell of a player,” the bartender said.

“Rumor is nobody wants to draft him,” Ted said.

“Well it certainly isn’t his arm.”

“Or his legs,” the bartender added. “The boy can run.”

“A shame, that. Missing a chance to make some real money.”

Moon ran a play-action bootleg and the defense bit and Moon walked into the corner of the end zone. The bar groaned collectively except for Ted.

Ted looked out the window. It was dark and he couldn’t tell if it was snowing. He wondered where he might sleep that night.

The bar was all men. Saddled up to the bar top, moving drinks and cigarettes in and out of their mouths like animatronics. Ann Arbor was a town like that, he supposed. One where the men worked and went to the bars after, to complain about work, and then returned home to crawl on top of their wives, who’d spent the day cooking and cleaning the spots the man had complained about dust settling the day before. Of course, after they came, they’d find a new spot to complain about.

“Michigan fucking sucks, huh,” Ted said, when the bartender came back with his drink.

A man two seats down slid his stool back so it let out a long scratching noise. “Now what’s all that?” the man said.

“I fucked a couple Washington girls. Too dumb to even do that right.”

“You saying you fucked my sister?” Ted said.

“I’m saying that I might’ve, considering the circumstances.”

Ted looked past the man. The whole bar was watching. “I hope you took her out to breakfast the next day,” he said.

Ted turned back to the bar, looked up at the TV. He felt eyes. Cursed himself for drawing attention. He wanted to take a drink but worried that his nerves were shot and his hands would be shaking. Why hadn’t the bartender put a fucking straw in the thing? Now someone would call the cops and he’d be back in jail, on trial, strapped to some death-bearing chair. He was in the shadow of the valley of the shadow of death.

“Listen, I swear I’ll shut up. I’ll keep paying if you let me keep drinking,” Ted said to the bartender.

“You seem like a decent guy. Just don’t get too drunk and start any more shit.”

Early in the fourth, Michigan was driving. Ted was halfway through his third drink, feeling his head lighten. He liked the way it was here. No fucking nonsense. You said some shit and people let you know you were off-base. The women stayed fucking home. The shit you did outside the house you left there and the shit you did inside you left there, too.

Ted finished his drink and tried to catch the bartender’s eye. He was down at the other end, pouring shots. Ted figured they were loser’s shots, for a loser’s team, drank down in a losing-ass place.

Eventually the bartender came back. “Maybe I should go,” Ted said.

“Don’t want to watch the end of the game?”

“Well, then you want another one of these? We got beer, too.”

“I see all these people drinking fucking beer. Beer and whiskey bar, this.”

“The bar’s whatever you want it to be. It’s a beer and whiskey crowd.”

“So when a man’s got the taste for a vodka cran do y’all snicker about it when he leaves?”

The Michigan QB threw another interception. The game was all but wrapped up. Ted shook the pinkened ice in his glass. He turned to Jimmy.

“You ever been to Florida?” Ted asked.

“No, but I’ve damn well thought about it. Fucking as cold as it gets. As it fucking stays.”

“In the summer those people down in Florida are thinking about you up here in Michigan. What it might be like to sit next to a lake in a heat that isn’t so sweltering.”

“Well, send a god damn postcard when you get there,” Jimmy said. He stood, took his coat from a hook under the bar, and Ted felt the cold swirl in as Jimmy went out the door into the night. That’s what was always out there, he knew, no matter where he ended up.