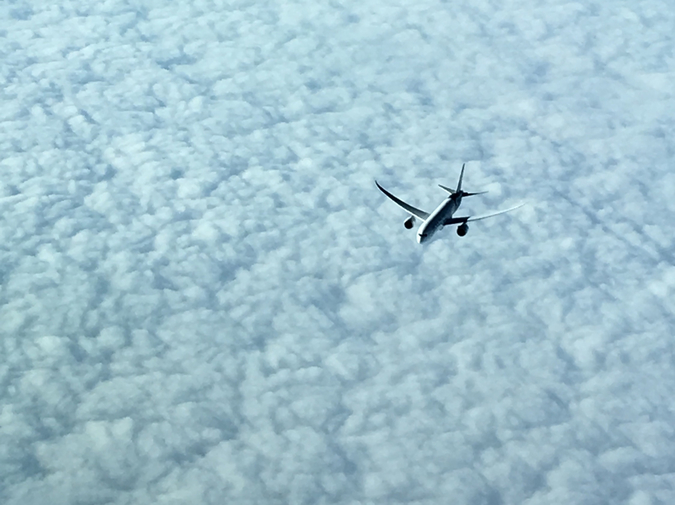 When I was born, my skin was café com leche and my eyes blue, a startling contrast that made my mother think maybe they’d accidentally switched babies.  She was barely seventeen then, a poor, skinny girl from the favelas, and maybe I should have been someone else’s baby, but I wasn’t — I was hers.  She breastfed me for a few days, but I bit her nipples so hard that she quickly gave up and fed me watered-down milk instead, all she could afford.  Sometimes the milk was rotten, and I wailed while nursing, my face contorted in angry wrinkles.

Not long after my birth, my father disappeared.  No one knew whether he ended up going with a woman or a man.  My mother wasn’t the sort to sit there and cry though.  Soon, she’d moved into her aunt’s apartment in a nicer part of the favelas — less crime, running water and electricity, an actual bed.  My grandmother, who also lived there, offered to watch me while my mother worked to support all of us.  They wouldn’t tell me what she did, but that didn’t really matter to me.  When she was home in the mornings, sleeping, I crawled on top of her and rested my head right where her heart was.

My mother was the sunlight I yearned for, but grandma was the ancient tree that rooted me to this earth.  She made me mingau with lots of cream and sugar, and I’d let the sweetness sit in my mouth until it had dissolved into a milky drink.  Together, we walked to the playground, her hand firmly grasping mine.  Sometimes, she’d carry me, and I’d tuck my nose into her neck, inhale her musky scent.  At the playground, I’d swing into the sky until my face was numb from the wind, and she’d watch from afar, smiling.

If there was a moment of happiness in my childhood, it was right here.  We lived as poor people live, eating what we could afford and always traveling by foot, rarely by bus since that cost money.  But I never knew this.  Feijoada and bananas were my favorite foods, and our walks left me feeling as though I was part of this tapestry of skyscrapers and oceans and Cariocas.

Still, where there is poverty, there’s the desire for more.  It wasn’t long before my mother married an American and moved to America, the place where they said dreams come true.  Eventually, she’d send for me, and though I’d fight it by screaming and thrashing my body against the ground in the airport the first time they took me, the second time I’d swallow my foreboding and get on.

I arrived at the airport in California, a scrawny, six-year-old girl who didn’t know a single word of English.  I didn’t know either that my mother’s husband had committed her to a mental institution just so she’d understand his mental brokenness.  I didn’t know that she’d decided to stay with him because the fridge was stocked, and she could send grandma however much money she needed.

Still, while she stood there in her fine ivory suit, still so young, reaching for me like sunlight, I picked up on her forced enthusiasm, and her husband’s eyes were bitter, hard like marbles.  In that moment, I wanted to hide in those memories that still lived in me — in this one, my mother and I are sitting down at a park with slices of pizza, her smile feeding me as much as the food, her eyes like wildflower honey, and in this one, my grandma is holding me in her lap, calling me linda as she traces the scars on my knees with gentle fingers.

Soon sunlight would be replaced by nighttime.  I felt this, the same way my grandma could feel the rain coming on.  But what could I do?  I stepped forward and buried my head in my mother’s chest, still wanting what little bit of light was left.

Juliana Crespo’s work has appeared or is forthcoming in North American
Review, Literary Orphans, Flash Fiction Magazine, Ruminate, and Fiction
Southeast, among others. She is an English teacher at a high school in
Bloomington, Indiana, where she also lives with her family.