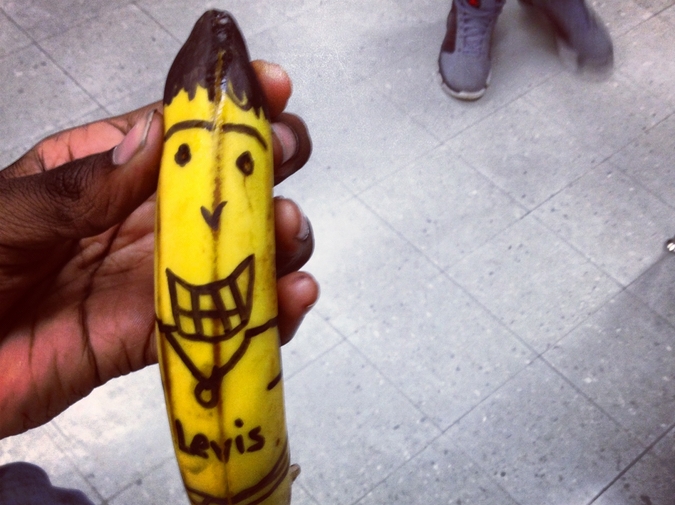 A raw foodist, he told us, doesn’t eat anything exposed to heat greater than 105 degrees. No bread or pasta, no beet salad, no enchiladas rojas and definitely no crème brûlée. The raw foodist said if we thought that sounded rough, we should get to know his friend, the breatharian.

We met the raw foodist this morning at the market in Chichicastenengo. While I tried to decide which machete to buy as a souvenir for my ex-husband—I pictured coconuts and watermelons and basketballs sliced in half—the raw foodist was squatting on the steps to the adjacent church, wearing a red turban and scowling at the Guatemalan children who pointed and called him “Osama.” His pants were made of thick hemp, the seam crooked, and he wore a bracelet of small rubies strung together with fishing line.

Angélica, who is always setting me up with the entirely wrong type of man, invited the raw foodist to lunch. In the crowded restaurant, he sat rigidly upright, munching on sesame seeds, waiting Zen-like for us to decide on a dish.

“You look uncomfortable,” Angélica told him.

“Good posture is important,” he replied, his profile long and hawkish.

When the food arrived, he closed his eyes, emptied his face of expression. I wondered if he was composing a prayer, and if so, to whom. Later, would he feel the food working inside him in some miraculous way, making him lighter and stronger, contracting his sinewy body like a clothesline pulled tight against a squall?

“So do you think it’s true—the old saying ‘you are what you eat’?” I asked nervously, dredging up soupy rice and beans with my spoon.

“When I’m in love,” he said. “I eat strawberries to tell myself it is so.”

I thought about this. I thought about how strawberries are miniature hearts, so sweet, and how they fit in your mouth like a second tongue, staining your teeth, and I thought about how my ex-husband used to dip them in sugar while sitting out on the backyard deck of our house in Austin after work but before plunging, arms wide open, into the swimming pool, under and over the water, receding softly away from me into the twilight.