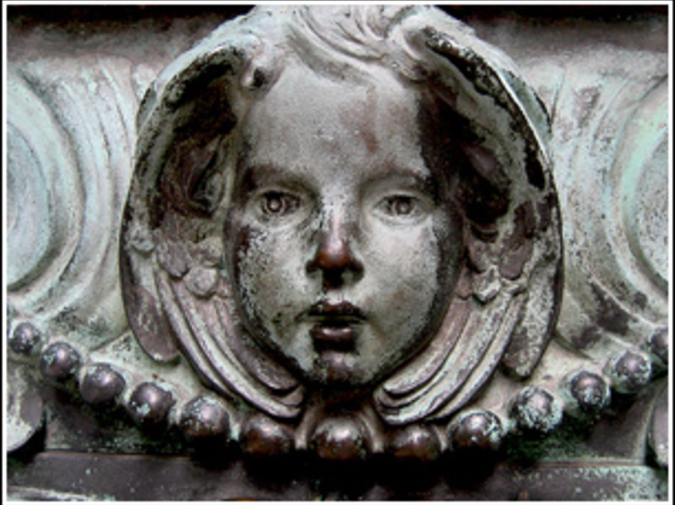 The unruly ferns creeping over the porch of the grand old house in Selma, Alabama, didn't fool Allie. Nor the lacy vines hugging the walls and roof. Old money. Unlike the transience of bungalow living in Southern California, this place appeared to have grown right out of the damp earth with Emmett's ancestors already inside.

"They absolutely know we got married, right?" she asked Emmet as they stepped closer.

Allie had never been to the South. She supposed her thoughts of romance and the gothic were cliché. Clearly they weren't all racists, yet she was deeply troubled by the story of Emmett's father beating him in sixth grade for bringing a black friend home to play. She supposed, though, that the morals of her native San Diego and family full of second and third marriages, divorces, steps-parents and half-siblings might seem unacceptable to the people of Selma.

The last she'd heard, Emmett's parents were still calling her The Home Wrecker.

The ground became boggier, and Allie had to be extra careful these days. As she bent to pick up her suitcase so its wheels wouldn't stick, Emmett leapt forward. "Let me get that."

There was that Southern gentility she liked so much.

He carried their bags past the stately columns on the porch. Allie admired the ornate carvings. Even minor scratches seemed to tell stories, a diary of the family.

Emmett rang the doorbell, then stepped inside. Wood floors glowed as if dirt didn't exist in the South.

Allie half expected a slave to retrieve their suitcases. Instead, an older, paunchier version of Emmett, a puff of gray on all sides of his head, entered the room and set the bags by the stairs.

"You must be Allie." Immediately he opened his arms to her. "She's a pretty one!" he told Emmett in an old-fashioned, father/son way, like they were appraising a horse.

"Yes, well you know where the extra bedroom is, Emmett." Mrs. Casey indicated the staircase with a flutter of her hand. "Go get settled."

Upstairs were silk drapes, bedposts to the ceiling, doilies coyly covering bedside tables. Allie whispered, "She won't even look at me."

"Give her time. I'd carry you over the threshold, but..."

Instead he leaned her against the bed, his knee between her legs, their faces inches apart. He was the most beautiful man she had ever seen – the rust hair and brows, the manly hands, the thick shoulders. He cared about her. She knew he did. She'd never dated a married man before, and Emmett said he'd only cheated on his wife a couple of times.

His ex had been heartbroken, called Allie filthy names, contacted all his relatives. His daughter sobbed and pleaded, Emmett had confessed to Allie, said, Please don't leave us, Daddy. Please don't go. I'll be good. I don't want you to go away. Please?

His divorce with his ex was only final a month earlier. Immediately he and Allie had gone to the Justice of the Peace. She wasn't proud of the way things had happened, but her love for Emmett had been instant and deep.

Emmett's father took her elbow, waltzed her to one of the mahogany dining chairs. "You be careful, now that you're, well, now that little Jackson..."

They all stared at her swollen belly as she sat.

"Will she nurse our little Jackson?" Emmet's mother asked, passing the ham, as if Allie were a breeder for the family.

Allie returned her napkin to the table and said to Emmett, "Don't answer like I'm not here."

Emmett considered Allie a minute before answering his mother, "She's going to nurse."

"Good," the mother told him. "If the boy's going to be a Casey, we want him healthy."

"She wasn't sure she wanted to at first," Emmett went on. "Her mom had trouble. But we went over some books about how much healthier it is."

"That's what she needs – a little education."

She turned to Allie. "Do you have another dress for church tomorrow, honey? It's not in good taste to display your anatomy, not when anybody could add up the months and see you're too big. You'll be glad we've taken you in."

"What?" Allie was stunned. But in some provincial way, the mother had a point. What if they hadn't taken her in? Her own mother was divorced and barely supported herself. Allie couldn't work the entire time, not right after having Jackson. Emmett's mother had censured him at the mere thought of leaving his ex, but everything had changed when Allie's pregnancy was revealed. Allie couldn't bear to think Mrs. Casey had anything to do with her marriage. Emmett loved her, and once he'd moved in to her place, she'd been so relieved she hadn't stopped to think what all the calls between he and his mother meant, the ones that went on forever.

"We don't have illegitimate children in this family," Mrs. Casey announced.

Mrs. Casey asked her son, "What about the job interview?"

"It's on Monday. Buddy says it's a sure thing."

"But what about my family, our friends?"

"We don't want Jackson growing up with that influence," his mother explained.

Allie turned toward the staircase. "Come on, Emmett," she said. "We're leaving."

"Go get your husband another beer, darling," Mrs. Casey told her.

Then she turned to her son and said, "Did I tell you that nice Alison Pettus you went to school with just had her third? Another boy."

Bonnie ZoBell has received an NEA and a PEN Syndicated Fiction Award and won the Capricorn Novel Award. Her work has appeared or is forthcoming in such print magazines as American Fiction, The Bellingham Review, and The Greensboro Review, and online at FRiGG, Juked, and Word Riot. She received an MFA from Columbia and teaches at San Diego Mesa College.