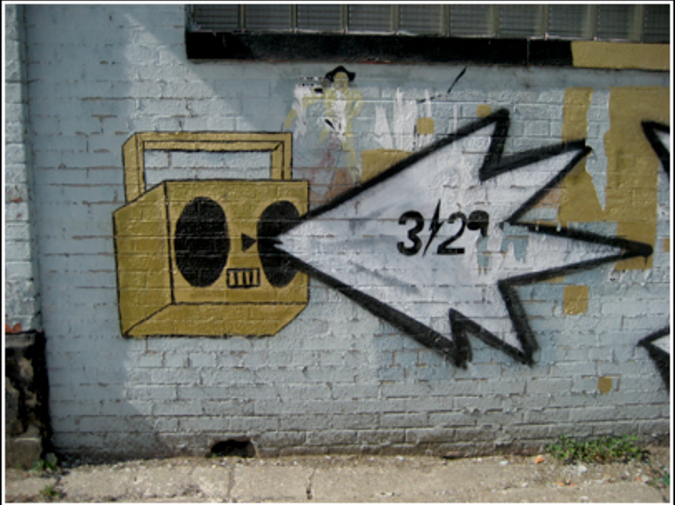 The sign is taped to a post and weathered and tattered as it is, it would be easy to believe that it has been there for weeks. But this post is one that Gord walks past several times a day, every day, and he never saw the sign before now. Lost Lovebird, says the sign. Please Call.

Gord thinks about the sign for the blocks that follow. He wonders what a love bird is and if it could be a type of dove. He wonders, as he has wondered before, whether it is morning dove or mourning dove. He thinks that this time he will remember the question and actually look it up. He thinks that the cooing sounds of doves could be taken as mournful and that would be enough to give them their name. He thinks about calling birds, like in the old Christmas song, and wonders what kind of birds they might be and whether the sign he read posted in the place he passed everyday was directed at passers-by, like himself, who might spot the missing bird, or whether it could be directed at the lost lovebird. Perhaps it was a metaphor, thought Gord, and it had been years since he had considered whether or not something was meant to be construed metaphorically. He thought about that fact for the better part of another block.

And in all that thinking, that movement through time and space, Gord did not once think about Rosie, about her leaving him, about the twelve days and eleven nights that she had been gone and about how every morning when he woke he would lie perfectly still, his eyes still closed, listening for the sound of movement anywhere in the room or in the next room, anything to tell him that he had been dreaming and it was now safe to wake.

Joanne began reading the classifieds the year she left home because she couldn't afford a television and because she suffered from insomnia. Now her house has five televisions, a number that seems appalling and yet somehow necessary. There is the one in the kitchen that keeps her company while she chops and washes and stirs and waits. There is one in the bedroom where she watches the first twenty minutes of movies and falls asleep on her husband's chest. She has always wondered if Ted moves her head to the pillow as soon as she is asleep or if he keeps her there until the movie is over, but has never asked because of the chance of being given the wrong answer. There is another television in the basement that they never watch anymore because the volume control is broken and it blares like an elderly relative. She doesn't know why they still have it. There is one in the spare room for guests and there is one in the family room that plays videos for baby Theo. Joanne only lets Theo watch educational videos — those ones with the classical soundtrack and the footage of laughing babies and shiny toys. She can't help noticing that as he watches them, he gets a sort of stoned look on his face and it's hard to tell if this is actually nourishing his brain or causing it to desiccate and compress.

Joanne thinks about this but can't bring herself to do anything. She worries about the state of her own brain. Mommy brain, the other women in the playgroup call it and they laugh. "Put the ice cream in the bread box and the peanut butter in the freezer again," they will say, and then laugh. "Mommy brain." But there are also studies out there which suggest that motherhood actually forces the brain to function better, makes women quicker somehow. More efficient. Or at least, this is what Joanne think she has read.

Really, Joanne doesn't read any more. She thinks of this as a temporary situation, something that will change when her life does. She brings novels home from the library and puts them in a stack on her bedside table and when they come due she returns them, unread. She could renew them but instead she brings home different books and stacks them in the same spot. She couldn't explain why she does this.

The only thing she can stand to read since the baby was born is the classifieds. She used to read them and laugh — at the wedding dress for sale, only worn once, and at all the livingroom suits and dinning tables. It used to be, when she was young and had nothing, that she would read the ads and imagine being able to buy things listed there. Now there is nothing she wants. But she reads through them more hungrily than ever, as though there is something she is looking for.

If she sees a blue car before she reaches the corner then he will call, thinks Dolores. But she shouldn't have picked blue because they hardly make cars in blue anymore and naturally, in this part of town, all the cars on road are practically brand new. A bright yellow Hummer. How desperate for attention would you have to be to buy a bright yellow Hummer?

He said he would call and every time he said that before then he did. There's no reason to think he won't. Blue! Blue car. Blue grandpa Chrysler kind of car. Thank you.

If she reaches the corner before the light turns green then he will stay the night. He never has before. Another of the ways in which he is reliable — he always calls, he always leaves. Dolores isn't sure what she feels for him. Red light. Put it this way, if he was in a line-up, she wouldn't choose him. If there were say five men all lined up and she was on the other side of the two way mirror and she could see them and they couldn't see her. Five men all standing there, looking a little uneasy, shifting their weight from side to side. Behind them the lines showing how tall they all were. If that were to happen, somehow, then she wouldn't choose him. She'd try to pick out someone kind instead.

But how to tell. How to tell by looking if a man is the sort who will walk on the outside of the sidewalk, like you are something precious and in need of protection. If you can expect a lifetime of mornings where you wake to the smell of coffee already brewing. If you can count on never shining your own shoes ever again. Wouldn't it be better if they could all be forced to stand up against a chart that would tell you some of that.

She's almost at the corner now and the light has not turned green. I can make it, thinks Dolores, and she stops. Stands. Waits.

The first sign says "If you lived here..." and it is in front of one of those apartment buildings that reminds Bryant of how Lego used to be when he was a kid. Squares, rectangles, a few windows and the odd door. Never enough doors. Nothing at all fancy. Not the way things are now. The apartment building is neither new or old. It just is. All the times he has driven past on his way home from work, his way to his house on the lake, all the many different evenings and he has never seen anyone either going in or going out of the front door to the building. Three years he has been making this drive. Three years that he has woken every morning to the sound of birds, of water, of his very own piece of the natural world.

His house has three bedrooms but he never even opens two of the doors. If there had been children she would have taken them. But she didn't stick around that long.

He has noticed that none of the windows in the apartment have what you would call proper curtains. On the main floor there is more than one window with something flimsy and sheet-like providing the only barrier between the occupants and the world outside, the commuter traffic whizzing by. Upstairs there is a flag hanging down the centre of one window, allowing bars of light to enter either side of it. Bryant has met the guy who lives there or at the very least someone just like him. Other windows on the top floor have those cheap mini-blinds — the ones that probably leak poison into the air like a long slow bad dream.

He doesn't know where she lives now. She was in an apartment near downtown but moved because she was bothered by the way he used to drive past there. She wrote him a letter. She said she wasn't putting up with it. He couldn't understand it. He never even got out of the car. He hardly even slowed down.

He hopes she has somewhere nice. Somewhere not like here. It isn't much further down the road that you come to the second building, the twin to the first. It has a sign like the other, but this one says "You'd be home by now."

When Cath gets up she does not check her horoscope. She washes her face, brushes her teeth and still doesn't check her horoscope. She makes up a pot of coffee and while it is drip, drip, dripping she gives in and brings the paper in from the step and flips to the back. Not today, says her horoscope. Not in so many words — or rather so few — but that's what it says. Not today. You will not find your one true love today. It says something about real estate, something about patience and Mercury. As if Cath cares about real estate.

The coffee tastes bitter. She can't remember the last time a cup of coffee actually tasted good, tasted the way the smell promises it will. She thinks it is probably the coffee making her edgy, giving her that hollow feeling sometimes so that she begins to worry if she opens her mouth to speak she will have her own echo. Coffee hasn't been the same since she quit smoking. She can't remember why she quit smoking. She can't remember why she started either. It was something to do with wanting to look older but that seems ridiculous now. She can hardly remember a time when she hasn't been trying to look younger. She wonders if there was a time in-between, her Goldilocks moment when she was neither too old nor too young but was just right. Just right and she missed it.

She thinks that real estate means home and home means family and that patience is a virtue and virtue is rewarded and if today is not the day then it must still be coming. And she looks out the window as though Mercury might suddenly become visible to her in the grey light of the morning sky.

Sara O'Leary likes to publish books of five hundred words or fewer when she can get away with it. She's currently working on a slightly longer collection of stories called THE ART OF LOSING.