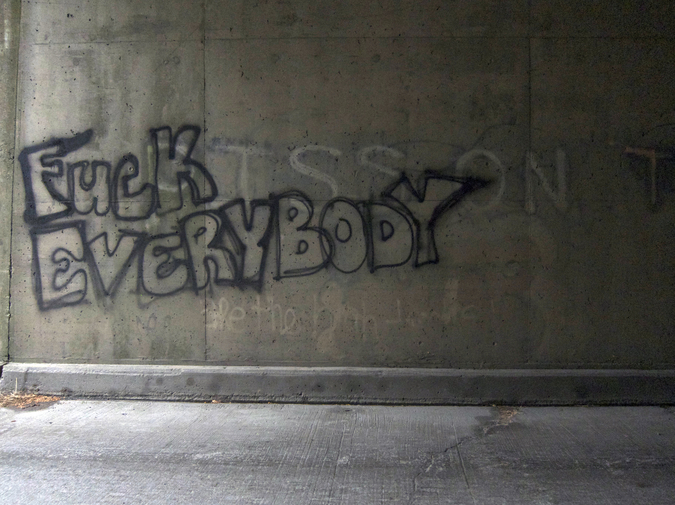 I have a
wet mouth
in this pink
apartment.

I still have that.

Boy—
you think we’re in love?

Don’t you
roughhouse
with me.

You’re trying.
But at this point,
I’ve accrued dirt

She was raised on cowboy films
—the baseline stuff—
chased that gold rush,
fought for an echo,
beat me up so bad.

I land and it’s humbling,
come from whatever collar
is lower than blue.

This is hip bone—
the skin that was left over.
I trade in my boxers now,
up early,
I’m real-time all day long.

You give the strings
and they say
open up,
completely.

You become edible,
you become curiosity,
never out in the open,
never a part of their lexicon.
You can be whatever the fuck
you give up.

The genius of information:
it’s a river.

The problem:
the language was authorized to censor.

These pieces are erasure poems sourced from media interviews with actor Shia LaBeouf. Punctuation, capitalization, and line breaks have been altered but no words were added beyond the source text—LaBeouf’s own words from his interviews.

Erin Dorney lives in Lancaster, Pennsylvania where she co-edits The Triangle. Her work has appeared in or is forthcoming from Wu-Wei Fashion Mag, The Found Poetry Review, and theNewerYork, among others. She is currently working on a manuscript of Shia LaBeouf erasure poems. You can learn more about Erin on Twitter or at her website.