She Scares Me a Little: An Interview with Laird Hunt 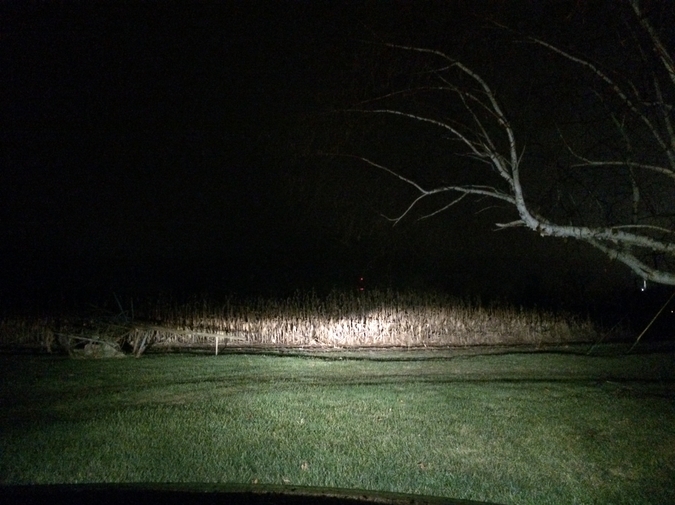 There was something so sublimely satisfying about reading Laird Hunt’s Neverhome this year that I’ve read it, here and there, probably twice, maybe three times more since. The novel introduces us to Ash Thompson, as strong a character and narrative voice as any you’re likely to come across. Which, admittedly, she needs to be; Ash stands in for the hundreds of women like her whom, in the 1860’s, impersonated men in order to fight for (and against) their neighbors in the Civil War. The novel’s first line: “I was strong and he was not, so it was me went to war to defend the Republic.”

I wasn’t surprised to find that I loved Laird Hunt’s latest book. After reading The Impossibly and Kind One, I had big expectations for wherever Hunt’s prose would take me next. And I’ve been delighted to find that Neverhome and Ash Thompson took me to a place I’d never been, and told a story I’d never heard. How often does that happen? Especially when it’s story like this, one that needs such a telling?

Laird was kind enough to answer a few questions about Neverhome below.

Neverhome is a novel about a young woman inhabiting a character—a fictionalization about a woman living a fiction. And so much of the joy of the book is Ash’s voice and language, in which she reveals her own fictionalizing to us. Her struggle, then, to make herself believed as a male soldier by her fellows, is not unlike the struggle of a novelist to make his or her own voice believed by the reader. Is this a fair comparison? Something you at all identified with in the writing?

Curious that I have spent so much time thinking about this kind of thing during my writing life and that I didn’t think about it, at least not consciously, during the writing of Neverhome. Even more so because of course Ash is working a double kind of fiction, or perhaps a fiction and a half: what she tells us is far from a lie or several, but there are fictional aspects to her tale. Some of them are due to the vagaries of memory, of the difficulties inherent in telling any tale of trauma, and some of them are due to her need to avoid coming clean. I’m intrigued by the idea of readers as fellow soldiers. There is a kind of beauty in it. And I like the idea of being like Ash. Although it scares me a little. She scares me a little.

When you read in Brooklyn, you made mention of the letters of Sarah Wakeman collected in the book An Uncommon Soldier, in which Wakeman tells of her experience passing as a man to fight for the Union. How much of Ash’s voice comes from Sarah’s? How did Sarah’s letters help or hinder Ash’s telling of her own story?

I had the advantage, when I started writing Neverhome, of having read An Uncommon Soldier 15 years before and so I was working with the shards of memory: bits and pieces of Sarah Wakeman’s voice. Also, Wakeman’s letters don’t so much tell a story as offer the possibility of one.  They propose a story or stories. I also had bits and pieces of the stories of the many other women who did the same thing as Wakeman whirling around in my head. So it wasn’t hard to stay far away from the facts of the matter of Sarah Rosetta, alias “Lyons”, Wakeman.  And indeed for the more granular aspects of Ash’s narrative, wanting not to be linked in any way directly with Wakeman’s story, I relied on the letters and journals of common soldiers for the glittering bits and pieces of story and setting I needed and that my imagination couldn’t or wouldn’t conjure.

The short chapters give the novel an epistolary or journal entry feel, which makes sense given the novel’s origins. And indeed the book ends with Ash telling us of a letter she has written. To whom do you imagine she is writing? Someone in her own time, or in ours?

Curiously, I haven’t been asked this yet. In Neverhome’s predecessor, Kind One, which also features similar first person narrative, who the central stories are being written down for is made explicit, or relatively so.  With Neverhome it was important to me that the story have a message in the bottle quality—anyone might be its recipient, anyone at any time. This is, after all, a kind of secret tale, a narrative that sits outside convention, a confession that took hundreds of pages to make—it is written down, as confessions often are, but its recipient is anonymous, as we all are to those who come before us.

You mention the “possibility” of stories in Wakeman’s letters and the letters of other women who did the same thing as her. Did you ever find in your research instances of the opposite scenario? In which a man tried to pass as a woman in order to avoid the fight?

I never once came across this scenario. And I will confess to you that I never once thought of it. It must have happened though. I love the possibility your idea offers—a man who disguises himself as a woman who finds that as a woman he has the courage to fight, in “disguise", as a man…

Part of what I like so much about Ash is how she does not quite judge her husband for avoiding the fight. Do you think that is more born out of him being her husband, or out of a sense of, as she says in the beginning of the book, some of us being “strong” and some not?

The latter, I think. She is so deeply caught in our common rhizome—being human—that she rarely slips out of said humanity into her gender. I don’t mean to say that she isn’t aware of being a woman, or of having disguised herself as a man, but in the telling of it, much later, she steers clear of over explaining it to herself. Bartholomew is not as strong as her and that’s all there is too it. This doesn’t stop her a second from fiercely loving him. And of course this love, later on, doesn’t protect him either.

I wanted to ask, “What do you think happened to Ash?” after the last page of the book, but I don’t think that’s a fair question. Instead, I wonder if you think it even matters. Did she have her say?

I have this vision of Ash, into her middle-late years, dressed in worn but supple leather, her skin tan, her lips chapped to bleeding, walking far from home. Maybe that’s all I will say about that.

Joseph Riippi is the author of five books, including Research: A Novel for Performance and Because. He lives in Fort Greene, Brooklyn.