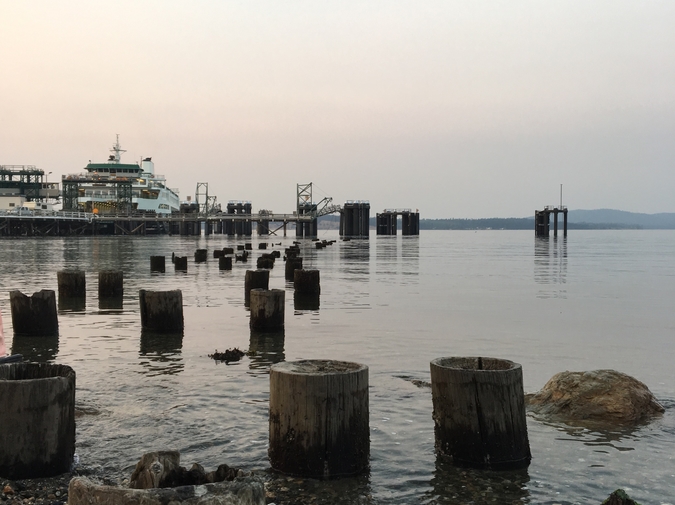 We go from ecstatic to great to good to therapy. I go to bed numb and wake up furious. I leave you for the couch every night. Is year seven always like this? When Marilyn Monroe makes a movie about your marriage, you know you’re in trouble.

Collage: tiny paragraph-units working together to project a linear motion1. Word after word, day after day. Hebrew right to left. English left to right. One thing and then the next thing and so on and so on until you arrive.

The Selkies, or Seal Folk, are creatures of Scottish folktale capable of therianthropy: shapeshifting between human and animal form. Selkies make the change from seal to human by shedding their skins.2

There are no big problems. Only that I know what you will say before you say it. And the not knowing is no longer mysterious. The pauses in your sentences — Will you hurry up, please? The missing information in the calendar — I’m not worried, I just need the car. There are no big problems. It is only that you are holding me up, making me late, keeping me too long at home.

They make the change by shedding their skin.

I am a writer, but it took me a while to come home to my profession. For years I thought that plot was the first step to any story – something to tell before the telling began. I began stories furiously as a child then quit them because I failed to know where they were going. Bad writer, I assumed, and moved on to other things.

The folk-tales frequently revolve around selkies being coerced into relationships with human men by the man stealing their sealskin, thus exhibiting the motif of the swan-maiden type.

Take a breath. Open the book. Feel the paper. Let it cut you if you like. Feel your sits bones against whichever chair you happen to be upon. Be present with each word as it arrives in your consciousness.

The writing books say that you can start where you are. Some writers prefer to begin without knowing what will come next. And according to a friend’s book of archetypes I am the poet, not the storyteller.

Seven years is too long for pretending I still have the lease on my studio and I’m sleeping over at our mortgage. I wake with the memory of how I used to make my own coffee and sit by the window, alone. I complain when you leave dishes in the sink then long for the time when I cleaned and dirtied each dish myself, a closed system.

Miss Morris, I'm perfectly capable of fixing my own breakfast. As a matter of fact, I had a peanut butter sandwich and two whiskey sours.3

At the hospital, I hear the widows talk about everything they had to learn after their husbands died. How to program the car radio, how to file the taxes, every lesson a loss. That will never be me, I think. I will keep myself safe by always filing separately.

You redouble your efforts, bringing me ice cream in bed, smoothies in the shower. You can bring me coffee so long as I never forget how to make it for myself.

Rather than attempting to avoid uncertainty, the writer needs to embrace it — even to the point of changing the “subject” from one line to another.4

I am the sort of person who is never lost, which is not the same as having a sense of direction. I remember journeys. If I have been somewhere once I can always find my way back. But to find north I have to think if the ocean: west. All other directions follow from there.

The selkie will spend her time in captivity longing for the sea, her true home, and will often be seen gazing longingly toward the ocean. She may bear several children by her human husband, but once she discovers her sealskin she will return to the sea, abandoning the children she loved.

In the stories going is the difficult part, the sealskin painful to recover, the journey long and perilous, but in a marriage to go is easy. Nothing is more known than the courthouse, its location marked on every map. Going is always a going back, a locating of North, the sealskin procured after a ninety day waiting period.

abandoning the children she loved.

It’s not a lot to go on: coffee, couch, a metaphor about the ocean. A certainty of discomfort. I am not a swan-maiden, and a story is not good enough reason to leave a home. I could say I don’t owe you reasons, but I might owe myself some.

The writing books give permission to start where you are, but they don't tell you how to bear the space between the words.

According to one tale, the selkie could only assume human form once every seven years.

Perhaps what Marilyn meant was that year seven is a liminal year, a threshold. The year you can no longer predict how it will end. A year of couple’s counseling gives me plenty of reasons. The money, the house, the friends. A lack of emotional availability. Still, facts bolster certainty, but they are not certainty. Let us not call it a fear of uncertainty, but fear of a known and located certainty.

Seven years is too long to be telling the same story. We need a new one. But I am not the storyteller, I am the poet. And which direction is the ocean? If I have to ask, I know I am not at home.

Sometimes home can be a mask for homesickness. The coffee I make myself this morning, early and alone, tastes like diner coffee — the coffee you drink when you are on a long journey home.

Brecca Smith creates sketches with letters, has many children but is no one's mom, and dives straight for the wreck every time. She holds a BA in Psychology from the University of Washington and is a Master's candidate in Existential-Phenomenological Psychology at Seattle University. She lives in Seattle, WA with her cat, Lorelei, and Australian Shepherd, Victrola.