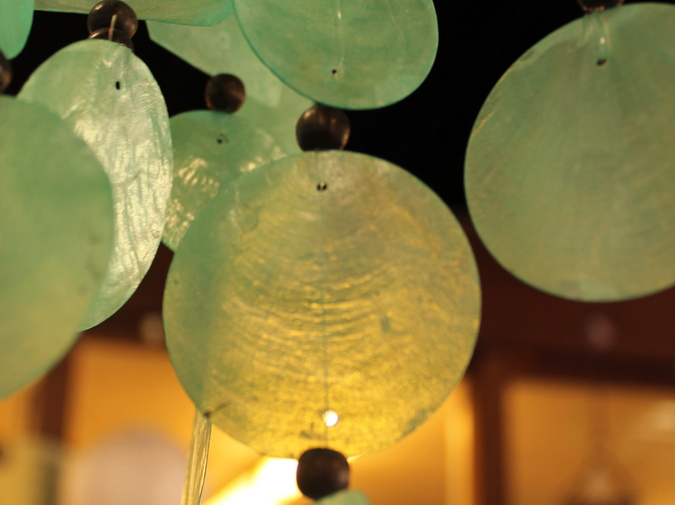 There was a pile of sticks on the edge of the world. In it, numerous things of interest were living. One was a lawyer who enjoyed eating fried chicken at unusually early times of the day.

Another was a small boy, maybe five or twelve, who liked weaving fishing lines out of crushed glass for the visitors of the regional queen, she was  beautiful, and quite deft with her hands as well, a net of spoons being quite easy for her, like assembling an apartment building for quails, which is quite easy for the assemblers of such minded things.

She would assemble these nets made of cheap spoons, and catch many mackerel with them, many units of time as well, as time is a tensile thing at sea, no longer a thing of matter, more a thing of space, and easy of letting things go.

The saints believed there was something more. The land stood like an onion constantly being peeled. I have never peeled an onion, she said, I have only skinned them, and then burned them in oil. She knows an onion, but also does not know it.

An onion can live beyond itself, the way a song you hear may suddenly still you, may turn you to a sense of space or something. So we went out in search of a perfect onion, We found it inside of Samantha. She was beautiful, and her vision burned.

I am almost dead, she said. There were spaces. Like enemies who quietly seized their weapons each day, like William Carlos Williams opening up a letter to find the sunlight

an odd thing of the past, a speck maybe, a metallic rind from a car made of silk, you know cars such as these, they move the way sunset-light moves against your cheek, somehow very sweet.

Stan had the odor of sex all over him. The moon fell full blast on the slope, the town spread below like a flushed nude.

It was a time of promise. Nadine said Nonoxyl-9, she said it was her middle name. Insects praying in weeds burned holes in their eardrums.

He flipped the pages of a dictionary. Gunk in the drain. Polyeurethane as a kind of bird.

A wolf howls along the spine. Take this night by the scruff, and shake.

Little spit balls of flame went out like bugs. There were bells of electro static flux, and trees scurried off.

In that place were thousands of tables.

The members wove among the tables and at times non members could also do so. Behind the tables were entities showing numerous scars on their be-hatted faces. Because they were the guards of the secrets of the tables, and one must be on one’s toes when the purloiners slip in among the members and make knife clips for the secrets.

I had been living in the tables a few months, my daughters having left me to live in the land of the purloiners. My wife had been pulled there years ago, when the daughters were so young; perhaps they would find her there in one of the sparkly cabins.

I was not a guard but sought to have myself drawn from the member applicants and placed in such and such training session.

The hair shedding from the top of my scalp I placed in my pocket for safekeeping. It could be used as lining, lining for a little nest, and maybe I could protect it how one protects a lie.

There was also in that place an embalmed head, lavished with bright stuff and raised in the epicenter. Everyone called him Steve.

Death wilderness happiness, a kind of hum charm, or a hum without a hum maker that floods the big tree.

There is a line of cones before me, and the cone master lifts slowly each one, in unison, releasing the cone shadows which stretch up into the miserly eaves like the final chords street musicians leave in the street before they head off somewhere.

Corridors there are that almost walk, and they drum themselves with the dust of their echoes.

There is an inner glee that takes hold in the huge aloneness. It seems that there in the world is only this thing inside that maintains a redshift, or  a  pace, where no one can see you, back and forth between blood, trees, and mirth.

Perhaps it is the root of the soul trying to extend into the emptiness, or perhaps it is the lengths of current that extend from a being, in search of reciprocating current.

Quietly she leans over the book.

They pressed into themselves, the warehouses, the things that sustained us.

My team is named Bill Bulb and we erase things from other things to win. We have good erosions who need time while we draw the pictures for the warehouse.

Dilby is one who makes pictures of the screaming girls.

We are surrounded by the phones and the phones surround our hopes which twitch when we consider the kids and kind of just sit there when we are alone and the kids are gone and I am alone for lengths of time.

The girls are screaming because of what happened on the platform. This is not to be missed: there were also the girls screaming the stadium together.

There were some labyrinths we had to wander through, to find the formula for our queen. Thus the court would find desire returned to its places.

The team must tumble, and find the device that would rid the sickness of the hive. Though the tunnels seem to lead only to the unknown portion.

A future whose patent is pending.

The horniness comes and seizes me in the invigorating debilitating snake grip.

People are going in and out of the cave.

In my wimpiness there is always a wrung cloth. The clothes’ artworks.

The floor of the cave is like a giant Swatch ticking hoofbeats out
and they ascend the brittle crenellations to waken the evolved one
from sound hoofbeaten rem-sleep.

I wrung the little rem neck, because of the horniness. It was mythical and would not leave, but I wrung it.

This is the place of hotels after everyone has left. When you pass through the gates, what your eyes will see depends on the state of the services. The services are the state, and the state regulates them only so far as permissible by the services.

What welcomes you when you enter one of the homes is a towel on the floor of the bathroom, some old soap sticks, a couple of empty wine bottles, and forgotten stuff:

sunglasses, a sock, a tie or a fish hanging hooked in the closet depths,  a photograph of a girl, maybe nine or ten, sitting on the corkboard desk like something that might glow

from the pond as your raft floats across it. A stray bat, slumbering on the exit sign.

The services are visible though perpetually at an edge of the scene. You can approach them but then they occupy the center of the scene as if elevated them by some invisible vessel.

What are we to learn from this place, from this entire encyclopedia of places, but perhaps there is something inside the seams of the place, the way you can walk along a mountain trail, and find numerous holes inside the trail, drilled by things of the mammalian or reptilian persuasion, and you let them be, and that is a great learning.

Gasp. We are trying to stray from gasp pieces. That is another part of the planet, and it is made of breath only, so that, when one enters it, there is nothing to think about, no worries, only what is felt is the sensation of a pocket of oxygen entering into the lungs and carving a wooden ship which moves upon the waters of one’s own deleriousness.

Ha is also another part. Ha. We like to rest there, and peel our nails from their fruits.

There are always some people who believe too much in themselves, will lead numbers to trouble, and not realize, when they make a mistake, that they have made one. It is usually someone else who is to blame, they think, until their own skull is rotting inside their body.

They use these skulls for fuel for their vehicles, which are large and move slowly along the dredged vicinities.

That is like me, and I am worried, there is a man with a deep voice and too light clothes for the weather circling the path near the falls.

James Grinwis has two books of poetry out last year: THE CITY FROM NOME and EXHIBIT OF FORKING PATHS, which was a National Poetry Series selection and published by Coffee House. Recent poems and flashes have appeared in Quick Fiction, Sou'wester, The Literary Review, and National Poetry Review.