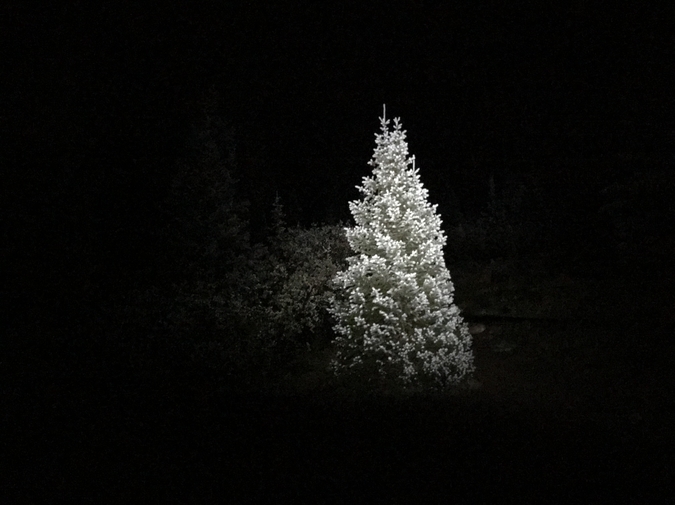 Maryland, Easter 1996. On our drive home from mass, an inflatable dinosaur went unnoticed by the rest of my family. Its skin sea-foam green with an eggshell stomach. The wings extended upward, as if priestly, directing the congregation to stand for prayer. Other yards had giant Easter Bunnies or plastic eggs, or pastel décor strung through the bushes. It was my fault at the age of four not knowing the full mythos and symbology of Christ’s resurrection. “It’s the Easter Pterodactyl,” I said with a tour guide’s indifference. It takes so little to be branded a liar, to be designated the creative type. To name what others cannot see is to see what others cannot name, no matter how dumb.

One year my parents bought size-twelve boots explicitly to convince me and my siblings of Santa’s continuing existence. They pressed them into the fireplace’s soot, leaving an imprint like an astronaut’s on the moon. They were careful to not have them parallel, as if the man simply plopped down through our chimney and then ascended back to the heavens. Instead, the prints carried the impression of walking, the trail leading out over the bricks and onto the carpet. This extended our belief’s warranty by another two years.

My uncle Pat died when I was seven. Seeing his inanimate body at the viewing ruptured any notion of souls or heaven in me. If he was here, with a gentle smirk pressed into his face by some unseen mortician, how could he be anywhere? The thought of death kept me up for weeks, kept company with me and the phantasmal creaking and yawning of a house ignored by sleep, until finally my mom sent me to speak with a priest at our church, several times. He told me the Catholic church was even okay with Gandhi being in heaven, although I’m not sure how that was supposed to help.

The term pterodactyl has fallen out of favor because it lacks specificity. Most fossil remains are discovered fractured, less than whole. At a certain point, all things begin to look the same if you take enough of their composition away. All these pterodactyls discovered to be not are now called nomen dubium: doubtful name. The term is a misnomer, a placeholder for several different species of pterosaurs, including the Pterodactylus and Pteranodon. Nonetheless, Easter Pterodactyls are even less of a thing.

A few years ago, my mom called me with an uncomfortable question. The same priest I’d seen privately multiple times when I was seven had been accused of misconduct with a minor. “Did he…” she mustered out, knowing the first syllables implied the last. I told her no, at least I don’t think so, not that I remember. And this, I hope, I am sure of to be the truth. She said, “I believe you,” and then hung up.

Maybe in the blurring of the world falling past us one of those inflatable rabbits appeared Jurassic. Maybe we found those oversized boots covered in ash but disregarded their relevance. Maybe so much of what we want to be true welts under the Spring sun. It all eventually heals, the skin peels over.

Josh Zimmerer is writer based out of Denton, Texas, but whose heart will always be in Ohio. His work has appeared in Moon City, Fjords Review, (614) Magazine, and elsewhere.