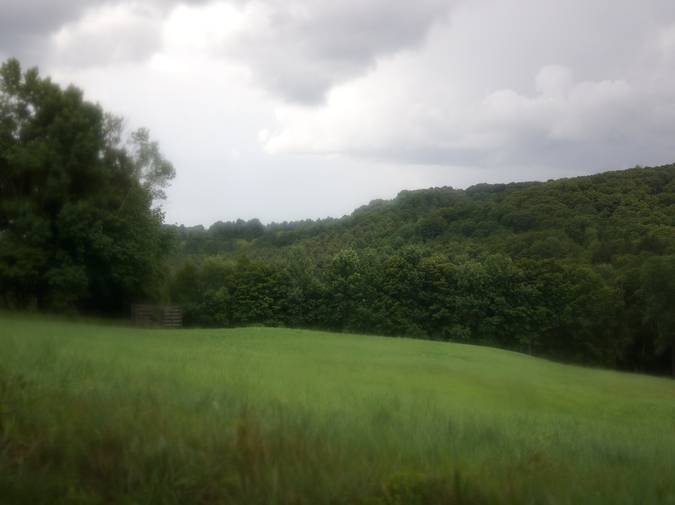 My handsomer friends impregnated their hair gel, roaming suburban acres, smoking a cognate of marijuana when my parents knocked me off. An Irish outskirt where whites tried to be hard by interfering, so many delinquent stepsons the ghetto felt unfairly sheltered. In an interim of forced wilderness, my pal hooked us up at camp. We arrived somewhat hitched to our fugue, his anxious mother’s permutable boyfriend depositing us for a weekend free of guardianship. We became insufferably liberal with the insect repellent. This version of AOL arrived like pancake makeup in one’s lung. The brush acted too tranquil. It needed a membrane of DEET.

An older Asian girl crashed our hike. She insisted he and I, barring the apprenticeships of our virginity, were at an opportune time to copulate because our bodies couldn’t produce semen. I countered that my pinkie finger shot a cum more premium than what had entirely gestated her. We got along so well the crisp pokes of torso from her camisole are my only witness. There was a cliff ledge we traversed each midnight to swim in her presence. The cold pond snapped columns along her flesh. It’s like we’re all buttfucked by the chatter, she quavered. Wax silhouettes squiggling replete beneath the moon, guess what about mermaids, she continued, pissing her jean shorts on purpose. By request, a holster for my face, but she disbursed her groupies and instead we stabbed a tree for six hours. Somewhere in Detroit, a cat my family rescued from an awning was being flayed. That’s the strand of leukemia stealing life in nines. Someone’s church bussed us back.

We were panting such an aftermath no home could stand us. I stocked up on homemade burgers, pausing to cry. I made my institution the basement, static there with the discard TV, huffing into my Nintendo. A killer’s the best victim of his own company. He was skulking about our Baptist toilet, doffing cornrows by the rubber band. I dilated his tomb’s inscription mid-pupil. This wasn’t the type of thing some chocolate milk would take care of. Kel biked over and I stubbed my gum where he was shaving. Asked what he meant being born. Blitzkreig. We considered The Last Boy Scout a masterpiece. Soldiers tallied to fuck with the man’s nutrients, recruited against The Saratoga Tree Beast, cocksucker at large. None of us desired epitaphs.

We tried training the Doberman abandoned a yard down with chemically flattened ham. Security hit the driveway in plainclothes, rehearsing the sensitive oaths on their badge, shouting at our ham like it would never bribe them. We later adopted the Doberman as a fat wrestling partner and it tore the neck off our resident collie. A brick wall we favored interrupted the hospital, but another police waved the idea of juvy at us for sitting on it. His appearance in and of itself taught me the word cunt. I went on being pulled over before I could even think to enjoy a crime. They qualified their precognition with little tariffs against who you weren’t educated to be. Our man was vanished from his lair by the task force before they gave the area up to frostbite. Neither end of living here was satisfactory. Both cops and robbers were overly outfitted by whichever commensurate industry. They cancelled each other out inside our pockets.

Stray voltage polluted his home, the hubcap cache, fuzz bedecked skulls, boondock sex toys, bags more franchised and neighborly than any chapel service, their entitative crinkle bailing through our veins. Our blood was at best a temporary dynamic inside us. I snatched one bag in disappointment and the branch hooked by its rear split free and blipped a suture across my cheek. This discipline ranked me sublevel from anyone gathered. I advanced through life trying my damnedest to retire around age twenty, resenting the debt and relationships too much schooling prolonged. Success meant whoever belonged outdoors the least.