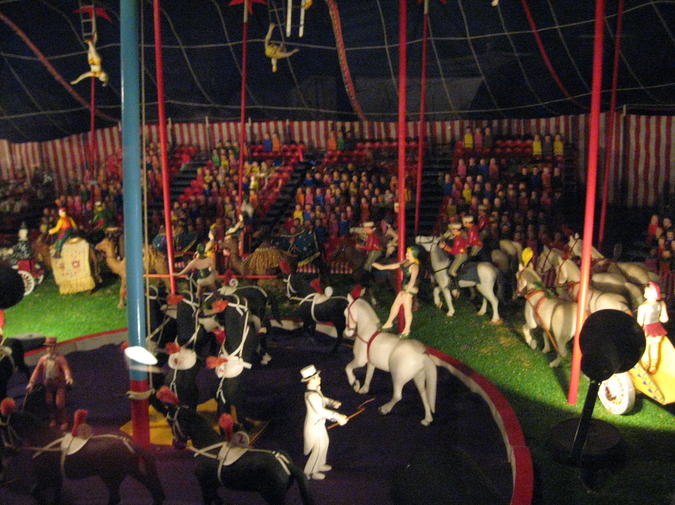 The band has gathered on the sidewalk, ready to pack their instruments into the van, when the singer, their de facto leader, arrives with two trash bags of junk food. The singer has just quit his job filling snack machines in a minimum-security prison; part of his job, besides bringing in the new treats, has been clearing out expired goods—those items left unselected by the inmates.

But there is too much in these trash bags, even for a six-week tour. So much that the band can pick what they like, and there is a sense of freedom and ripe potential as they sort the good from the bad.

Because there is democracy in their selection of snacks: all five of the band's members can be satisfied. There are granola bars, the barely healthful kind, the token oats bound by sweet syrup. Crackers in bright orange, sandwiched with the baffling combination of peanut butter and cheese. Lifesavers and nuts. Second-tier chocolate brands, and candy bars in unfamiliar configurations. The prison is a test market—a closed circuit, a place where candymakers can focus on the choices made when options are limited. Research into what people will eat when they have nowhere to go.

Sometimes, though, democracy doesn't work. Choice does not always satisfy. The band doesn't know that yet.

Right now they just pick what they like. The Charleston Chews and the Pina Colada Almond Joys are left in a bag on the sidewalk for the desperate or curious. The band loads their gear into the thirteen-year-old minivan that will be their home for the next six weeks—the amps and guitars, the drums, the duffel bags, the backpacks, the records and CDs for sale, and finally, these carefully curated snacks. The bag is in easy reach, tucked just under the middle seat.

Of course, they don't need this caloric load. But they don't know that yet. They can't foresee all they will eat on this trip: corn chips, potato chips, damp sandwiches. Endless pretzels, whose salt will grind into the van's carpet. Stale sushi in Des Moines, tofu scramble more than once. Rounds of pizza before bed, and last-ditch fast food. There will be yogurt purchased and consumed immediately, and fruit for later on. A wheat-germ kale pie will be served by the promoter in Kansas City, a man with the black hair shaved off his arms until his wrists, where a thicket forms, his arms inexplicably like Clydesdales. There will be fish tacos at dawn, to gird for the epic drive from San Diego to Santa Fe, and chili-lime garbanzo beans at the gas station they'll be towed to after the van overheats in the desert. They will eat it all together, bickering with their mouths full.

They will drink too: beer while waiting to play, and beer after they play. Pabst and Old Style and sometimes local brews. The wine they'll carry for emergencies will be brought out in the alley behind the all-ages venue in Salt Lake City, after a twelve-hour drive and a ninety minute spat about hummus, that pale, innocuous puddle that will greet them in backstage areas across America. The venue will have no sound guy and no P.A., and teenagers will line the perimeter of the small room, demanding diversion. In this setting, alcohol won't even be recreational. The hot merlot will taste like a different beverage altogether and mix perfectly with the no-alcohol policy the venue insists on. The show will pass like water.

There will be drink tickets, though often there won't be, and in a pinch, the band will stop for slim slips of whiskey, for when the day has passed too slowly and they need to distinguish between life and performance.

When the band reaches the ocean they will be offered all modes of baked goods shot with powerful west coast weed. Brownies from a tweaker in Arcata, scones from a girl who says the music gives her good ideas. A slight oregano tang, for those in the group who ingest, perhaps the bite of cinnamon or another well-articulated spice—chosen cover over the illegal substance. It won't matter; it's half the balance of everything else they'll put into their bodies these long weeks.

Though their reasons vary, there will be a few vomiters in the group.

The guitar player, a former child actress whose appetite disappears at the first suggestion of anything close to disgusting. The singer, who keeps a collection of downers from the lenient law-enforcement professionals in his family—those uncles who trade in pills and insults—who will stay on a pharmaceutical cloud in the backseat; his combinations of small-town lo mein, codeine, and regional taffies will lead to internal contradictions, ones he tends to keep discreet. The bassist will have stomach trouble, too. He lives on bagels, and gluten intolerance will not become a trend for six more years.

There will be two non-pukers, who will be discerning just the same: the vegetarian who will buy bags of prewashed spinach across the heartland, and the drummer who loves her and will eat her greens, though he will crave and devour chicken wings with a fervor quite passionate when he isn't with her, which on this tour, will never happen. The two of them will always be together. And the five of them will always be together, sure cause for tension, but they will hope it makes for better music.

Because there will be music through all of this, parts to mess up, guitars in tricky tunings, broken strings, vocal harmonies, missed changes. Beer spilled on the birds' nest of wires and pedals, and inspired, stoned lyrics written in the hot wind that churns across the van's backseat. The air-conditioning will have broken by then.

Sometimes they'll get along. Sometimes their nights will be quiet, the hours after the show passed with kind hosts, those strangers who will invite the band to dip briefly into their weird lives: the mom with facial piercings, the Mormon doctor who will offer tea and an extensive record collection. But no matter how bad the show or the hosts, the band will be leaving soon, day after day. And the mornings might include strong coffee and vegan breakfasts in sunny living rooms, the day's wide potential scored by private-press South American psych albums.

A gambler's high each day: organic burritos with beef and tofu options might await them at the end of the drive. Or the show's promoter might greet them with directions to the gas station down the road, where crunchy and salty and fiercely sweet will constitute the sad corners of a square meal.

The group will take slow, road-dazed trips through these aisles, surveying the state of contemporary processed food. For the singer, the bright packages will be a stark reminder of the job he has just quit. The Triple Big Snickers will tell him that he is free, at least for the time being.

Near the end of the trip, the vegetarian will purchase two peaches in a Piggley-Wiggley just south of the Oklahoma/Arkansas border. She will buy the fruit as an apology for all that has happened to her body so far: the MSG hangover, the reliance on French fries, the morning cry for caffeine and then the slow trip back down. She will tuck the peaches in the pocket behind the passenger seat: a treat for a dull moment, health insurance for the week ahead. But she will forget her noble plan. The fruit will fester, left in the naugohyde pouch like so many good intentions. Days later, when the singer discovers the spoiled peaches, he will impose a strident ban on produce. The vegetarian won't speak to him for 36 hours, leading to a fracture in the group that will intensify with the offer of hummus from the venue in Cleveland. The drummer will blatantly eat a hot dog in front of the vegetarian; the child actress will chew Rolaids; the bassist will cry. The fight will reach its nadir onstage with a blistering guitar solo and amps turned all the way up.

Three days after that they will be home, greeted by their patient kitchens.

But of course they don't know any of this as they begin the tour, packing the van and their bag of chosen prison-rejected snacks. They can't foresee just how much they will eat these next six weeks, and how they will always feel hungry, tricked by the insecure provenance of the next meal.

It's an absurd question, to wonder if they will be satisfied. There will always be more than enough to eat.

As they leave home and join the highway, they enjoy the confidence of the larder, that sense that with the choice offered by American abundance and waste, everything will be just fine.

The first hunger strikes the vegetarian somewhere in Pennsylvania, two hours into the trip.

She reaches for a granola bar. But inside the bag, it's all Circus Peanuts and sunflower seeds, and something called a Frizzle. The bag is full of bad snacks, the ones the band was supposed to have left behind. The good stuff must be on the sidewalk at home—lost treasure, and surely gone by now.

She knows that if she reveals the mistake, there will be outbursts and generalizations, the start of the slow erosion of their good manners. With this secret, she feels suddenly completely alone, a feeling she knows will continue in the weeks ahead, a feeling at its worst when one is with other people all the time.

This is how it begins. She can almost feel the soft peaches, oozing their hot juice against the maps in the pocket. She puts the bag under the seat, and looks forward as the van moves  steadily ahead.

Heidi Diehl received her MFA from Brooklyn College in 2011. Her fiction has appeared in Colorado Review and Slice Magazine. She lives in Brooklyn, where she is working on a novel.