"The Parish" (an excerpt): Behind the Scenes 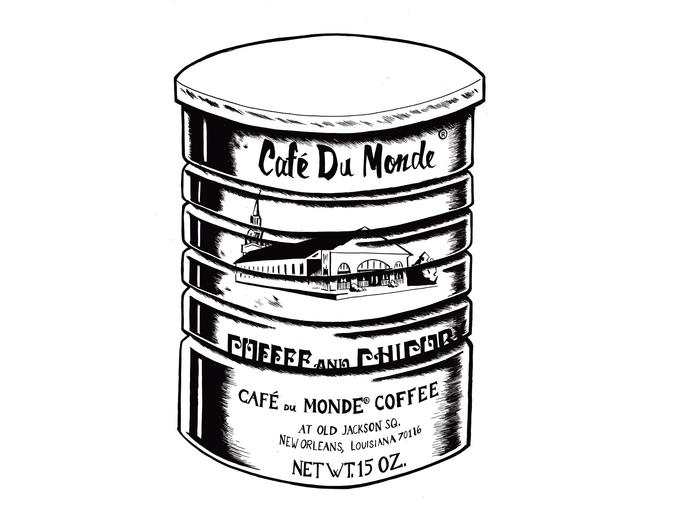 Today, we've got a behind-the-scenes look at some of the early looks of the comic in the issue... 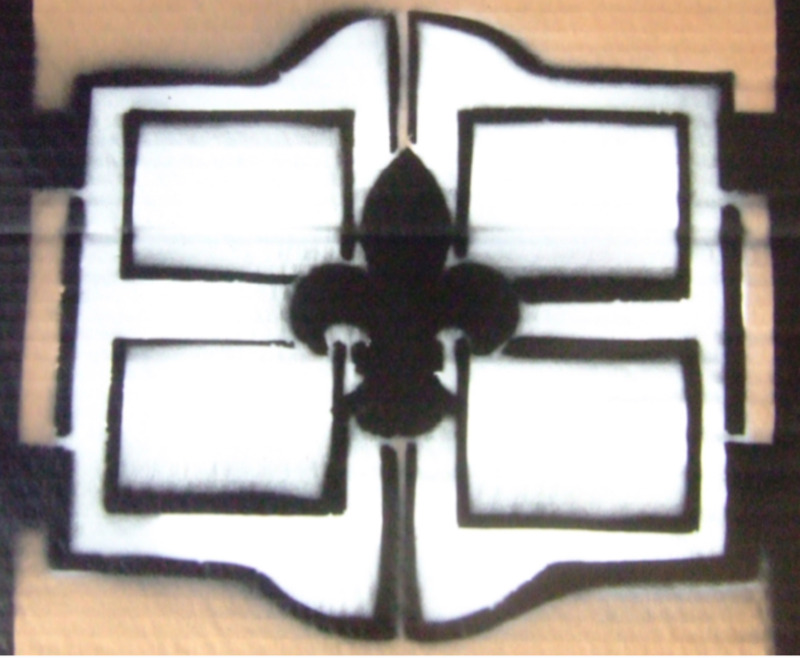 Image 1: My cousin Erica and I made this three-layered stencil, then spray-painted it on cardboard (2008). One week later, I came down with shingles. 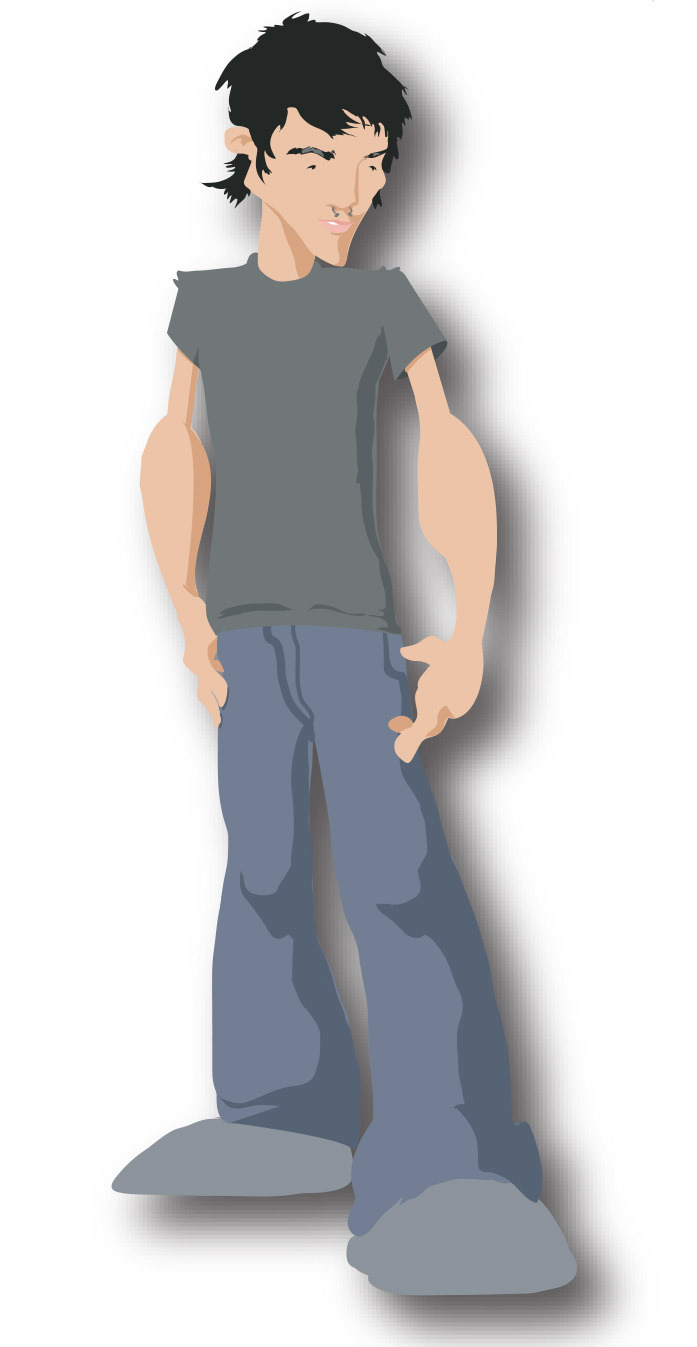 Image 2: Early brainstorms by Ryan Winet. The question we asked ourselves: should everything be digital? (2009). 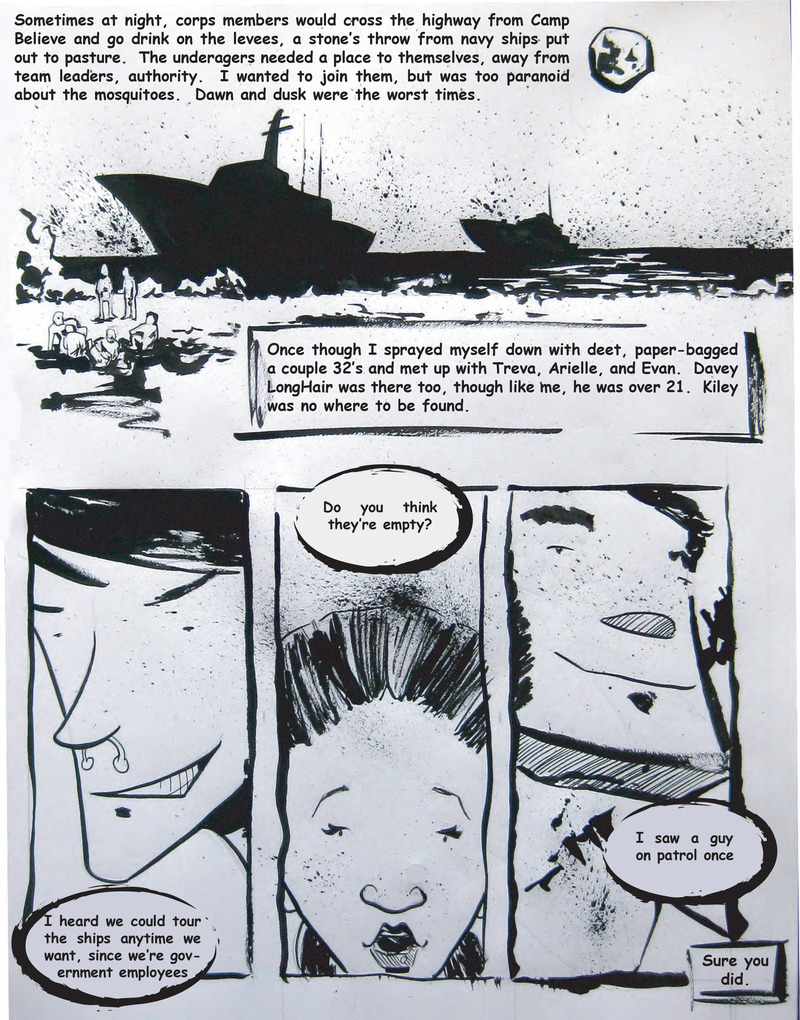 Image 3: Getting closer, though the page is missing something. Look at that geodesic moon, though. (2009). 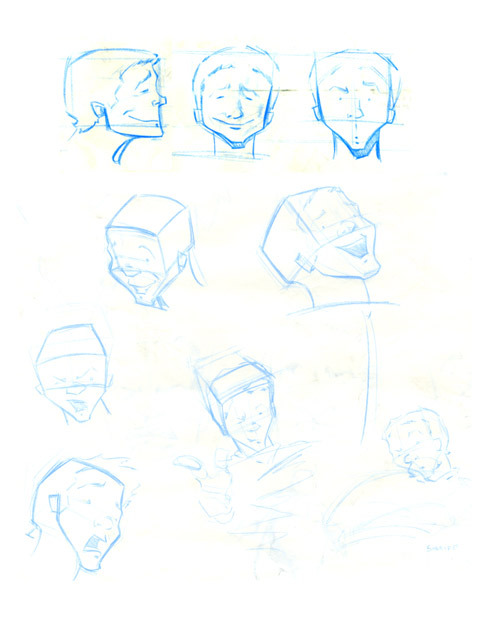 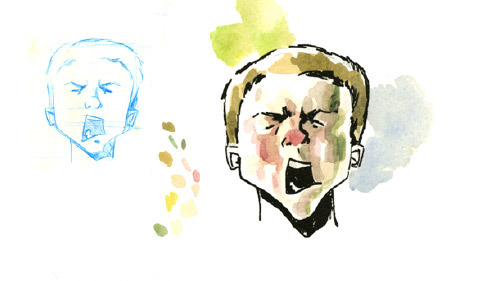 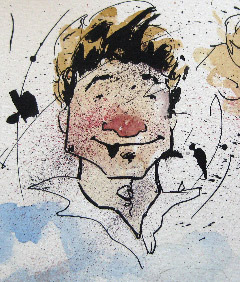 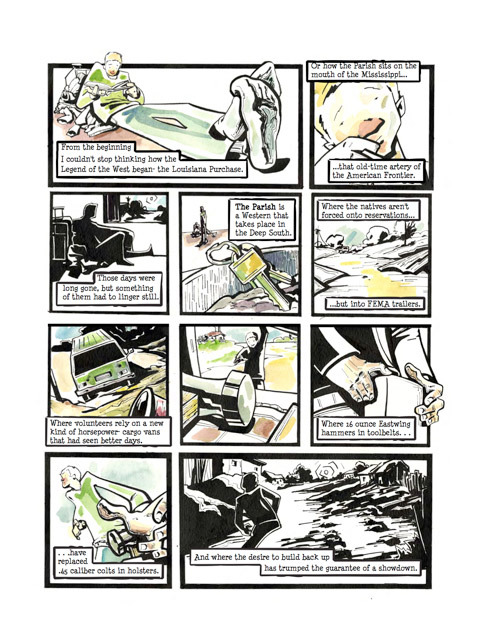 Joel Smith lives by a wash in the Old Pueblo. He edits fiction for Spork Press and has short stories in Witness,[PANK], Word Riot, Wigleaf, and elsewhere.

Ryan Winet is a doctoral student in Literature at the University of Arizona. He edits poetry for The Offending Adamand works primarily in pencil and ink.