"The Legend of Troy Cartwright" (an excerpt) 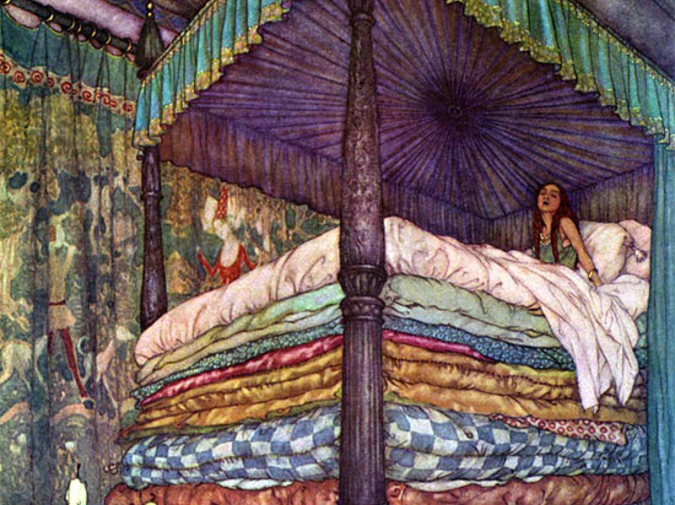 Below is an excerpt from Patrick Somerville's novella, "The Legend of Troy Cartwright" included in Hobart 14.

I pulled over to the side of the highway and we both got out and we beat the living shit out of one another.  He liked to go high, but my side of the family had always preferred gut shots and body blows, and even though I took a good one in the eye, I knew by the end that Troy was probably bleeding from some organs, and I felt a lot better.  At the end he pulled out a razor and swung it around a little but even he realized it was stupid and he eventually just tossed it out into the snow.  He came to me to hug and I punched him once more directly in the mouth.  I’d slipped a roll of dimes in there and it seemed to do the trick, and he flew backwards, his body entirely limp, and landed in deep snow with his arms on his chest as though he were in a coffin.  I had been waiting for some time for this moment, and I have to say, it was a major step forward for me.

I had to wait for him for a long time.

First moaning, then smoking a cigarette.

“Come on,” I said eventually.  “You’ll get hypothermia.”

“I don’t actually know.  You’re right.  You should stay there and die.”

“Our nature consists in motion.  Complete rest is death.”

I helped him up.

“I hope you don’t think she’s dead because of me,” Troy said, once we were moving again.  “Is that what you think?”

“Do we need another fight?”

“I know she got sick,” I said.  “Let’s move on.  Tell me about your environmental books.  Or tell me about Pascal.”

“The things about the environmental books is pretty simple, actually,” he said.  “I mean I could tell you the details and about the books, but the basic truth is that the world is probably going to end sometime around 2050.  Okay?  Done.  That’s what they say.  All of it.  And I don’t just mean the shit on TV or the crazy stories you hear or 1984.  Not sci-fi.  It’s over, man.”  He shook his head.  “We fucked it already.  I mean not you and me, we, but humankind.  This is gonna be a dead world floating through space with nothing alive on it but maybe some fucking fungus.”

“All that global warming stuff seems overblown to me.”

“It’s not gonna seem overblown when a motherfucking cyclone comes down and breaks your hips and rips out your guts and then blows them up into your face and and then tears away all our infrastructure,” he said.  “Is it?  But whatever.  You voice the status quo, bro, I’ll voice the science.”

“Think about these two facts in tandem, okay?  Just think for a second.  Two facts.  First: we broke the world and it’s gonna die.  Not maybe, it’s done.  2050.  After that, some hellscape shit for a hundred years, after that, some new tribal human society, I don’t know.  I mean I’m not saying extinct, because the rich people will have the DNA on ice and bring the attractive women and white men back, but I’m saying this shit is going to collapse collapse.”

“Second thing: I mean it’s hard enough to fit that shit into your head, but then cram in the fact that we’re in the empire while this is happening.  Americanos.  We’re at the top.  Mainstream is dead in America, everyone’s rich on credit, no one knows how to do jack shit, and really all you and I are are the bedsprings of a bed that’s about to be replaced with some Magic Foam bullshit.  Those dudes have us all figured out.  It’s the endtimes now.  Now.  You know?”

“You know the Princess and the Pea?  You know that story?”

“So she gets about fifty mattresses, and she’s up there, right?  And she can feel the pea?”

“So there are about one thousand dudes in America and they have all the money, and then the 300 million other people are like the fluff inside all those mattresses, right?  And then the princess is all those dudes up top.”

“So now do that mashup in your head and imagine the princess doing her thing with the mattresses, but she’s also in like this, like, post-apocalyptic world.  All around her is hellfire and death, all of that.”

“What’s she doing up there?”

“That makes no sense.”

“The pea doesn’t matter in the story.  I said we’re the springs.”

“That was a different part.”

“No.  The pea is something else.  Like the spirit to succeed.”

“Or what’s left of us?” Troy seemed to ask himself.  “Now I’m all turned around.”

“It didn’t make sense when you weren’t.”

I hit it again.

“How much of that story do you think is about sex?” Troy said.  “Whenever I thought about that princess, I have to say, I made her very attractive in my mind, and after doing that, I became excited.”

“Nothing about that story is about sex.”

“I can just see her up there,” he said, “lying there.  Ready, really.  Waiting.  Maybe in some kind of high-quality princess negligee.  All the elements are in place.  She’s in bed.  She’s uncomfortable.  She needs something.  You know.  I just climb my way up there and join her.  Throw one in her.”

“That’s not how the story goes.”

Some time passed, and I guessed Troy was thinking about the princess.

Eventually I said, “I don’t exactly—”

“Aw, what are we doing?” groaned Troy.  He was leaned back in his seat, mood suddenly and recklessly switched, neck bent back, staring up at the top of the car.  “My stomach hurts.  Licorice.”

This meant he wanted some.  Just past him the white open land was shooting by, more of empty southern Minnesota, with its hills and frozen lakes and desolate woods.

He let his head roll to the left and looked at me from the corner of his eye.  “I mean what are we doing?  What’s this all about?”

“Are you saying this because you forgot to define the pea?”

He turned back toward the window.  “This time I’m really asking to get at a deeper point.”

“We’re taking you to The Knight’s lair.  You’re getting decapitated.”

He closed his eyes.

Patrick Somerville's newest book is called This Bright River. He teaches creative writing at Northwestern and Warren Wilson, and lives with his wife and son in Chicago.