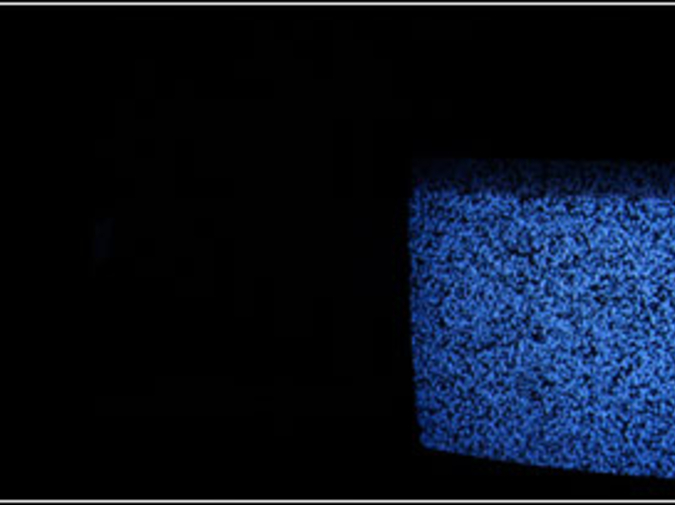 Dave wondered what had happened to the TV.

He had faraway memories of nature programs, black and white comedians with European accents and harshly lit news programs with stories as stark as the studio lights. He remembered politicians speaking of wars in far off countries. These programs were somber and imparted truth. There were few sports stories and only tornadoes or hurricanes warranted reporting as weather. Celebrities were not news. There were no laugh tracks. Shows bubbled with the voices of an audience laughing, groaning or sitting quietly, their presence more felt than seen; an explosion of applause signified the end.

Before he got a TV, Dave had never seen a professional baseball game. From boyhood, he had listened to games over the radio and saw static images of his heroes in the newspaper or in a pack of baseball cards that a town friend had shown him once. The only actual games he ever saw were played by clumsy farmers and locals in a town league. He stopped going to those games when his parents died. He had doubted it was even the same sport he heard on radio.

His parents bought him a transistor radio for his twelfth birthday. He remembered on game nights how he'd lay on his bed, stare into the ceiling and be transported to a park full of people. Though he was not among them, he saw himself as hovering high above the crowd. He imagined the pinstriped players, in sun-drenched light, whipping a ball around the bases. Shadows from their bodies deepened and stretched across lush grass carpets. Their brims cast dark bands and obscured the player's faces as the afternoon wore on. He heard crowds rise to their feet as a bat cracked or a ball hit a glove. The game was all tension and release. The game he saw on television bore no resemblance to the aural, even mystical, delight he’d experienced as a young boy. But that was long ago. Lately, the sewer grates were opened. Canned laughter accompanied shows not worthy of even a titter. Clothing on actresses got tighter and flesh jiggled freely. The first time he saw a nipple push out through a thin fabric on a canned show he admitted he was excited and repulsed at the same time. News programs expanded into places he’d never heard of, people he didn’t care about and human-interest stories with no interest whatsoever. And then came the rise of the celebrity – not just as entertainment but as people whose every bowel movement was judged newsworthy.

In the end, it was the erosion of the language. It was innocuous enough at first – the word "Hell" snuck in from time to time or maybe a character said, "Damn". He guessed the censors would defend the words as having biblical origins and let them pass. He winced the first time someone said, "Son-of-a-bitch". It suggested the very animal form humans had risen above.

And then, three years ago, before the bacteria began to ravage his

body, and the very night she left him, he heard the end.

He couldn’t believe it. A late night movie. The word tore into his house, yelled at him, abused and assaulted his senses. He put his thick work-boot through the screen and sent shards of glass hissing and popping onto the floor and cutting into his ankle.

"Enough of that." And he went to bed, not bothering to sweep up the mess.

After she didn’t come back, Dave decided to further simplify things. He threw out appliances he thought frivolous – a blender, a mostly unused food processor, a juicer only she used and a toaster oven.

He came across a television remote in a drawer and laughed before throwing it on the growing pile behind the house. Six months after she left, he coughed up blood for the first time.

Over the next two years, he removed all things unnecessary in his life. He thought the deconstruction of his life would make him purer. So pure that nothing would distract him mentally, emotionally or physically from his battle with the disease. He believed the distractions were to blame for the disease. If only he had focused more on himself, his essence, he would have sensed the bacteria creeping into his body. He would have crushed it before it had a chance.

One night he took every book, magazine and scrap of paper in the house and threw them on the pile. He took an old jerry can, half full of gas, from a car he had sold, and doused the pile. He went inside and made himself a cup of herbal tea. When he finished, he walked outside and tossed a match on the pile. The burst of flame made him step back but he stayed outside and watched the blaze to make sure the fire didn’t reach the house. Then he went back inside, grabbed cushions from the couch, the small floor rug, and two lamps, and heaved them all on the pile. On subsequent trips, he gathered the last kitchen chair, curtains and rods and towels and toiletries from the bathroom.

The flames changed colors as new items were piled. The wooden chair burned orange red, like a good campfire. The fabric of the couch ignited in iridescent yellow, the deodorant and cologne shot blue-purple flames and sent fragrant smoke spiraling against the moonlit sky.

He had the sense to save the radio and the kettle.

He made some tea and found a game being broadcast from down south.

The sound was crackly but even the static seemed pure.

Craig Terlson's fiction has appeared in a variety of literary journals. Last year, he was a finalist in Glimmer Train's award for new writers. His novel is currently under consideration by several agents. Craig thinks that listening to baseball on the radio is one of the top ten things in life. His illustration and fiction website can be found at: terlson.com