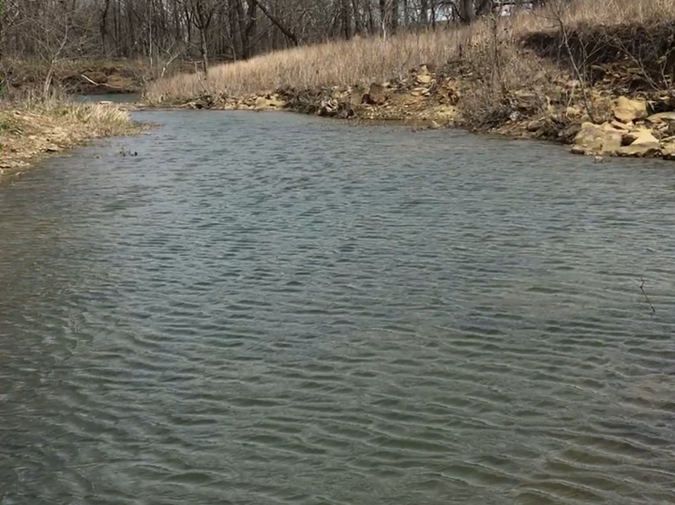 The new chickens arrived on a Saturday night. We’d ordered 14 pullets—teenager hens, 20-week-old beauties with sleek red feathers and girlish physiques. Tim brought them home stuffed in two cardboard boxes and got them settled into their new free-range super-coop.

Our last flock had been decimated by a succession of predators—coyotes, a rabid raccoon, a friend’s young hound dog. Such are the risks of backyard chicken farming. Even contained within an electric fence, poultry are the most vulnerable of domestic animals—small, tender, exposed.

“We can’t get more chickens unless we can protect them,” I ranted after we were down to the last lonely hen. She kept pecking around in a puzzled way, looking here and there for her flock by day, roosting alone in the box each night. It seemed like a failure of basic human responsibility. I hated telling the children that we’d lost more chickens, that a silent coyote had slunk in the dark and left a trail of gusting feathers, no trace of blood. To appease my anxiety, Tim built a wire-mesh super-coop designed to keep the new birds safe. Lightweight but sturdy, we planned to drag it around to fresh grass every few days in a humane, organic, Vermont homesteading dream.

Our best intentions lasted but a few hours. Terror surrounded us that humid July when tiger lilies opened their throats in the roadside ditches. Over the mountain, my mother’s memory unraveled in pieces, a frayed tapestry of names and places, trips and birthdays, her eyes darting in panic at everyone’s whispered plans, although she would not speak the word Alzheimer’s. And after three days of rain, a young neighbor woman drowned in a fast river while tubing with her friends. She set off swimming across the wide expanse and was sucked into a whirlpool that did not let her go.

My daughters and I had seen Molly at the local pond a few weeks before, broad-shouldered in her red tank suit. At 23, she lived up our road in a yurt surrounded by glorious gardens, worked on local farms, mixed margaritas at the Mexican joint. That last day we watched her stroke hand over hand to the center of the pond and float on her back for a minute before bee-lining back to shore. We followed her straight path, admired her tan arms slicing the water. She wasn’t our babysitter or even a friend, but she was strong and magnetic, roaring past our house every day in her little red pick-up, flashing an easy grin and wild blue eyes.

They searched the river for two days. Eventually a kayaker found her body fifteen miles downstream. I withheld the details but told my girls about the drowning, unable to keep my grief private and also trying to glean some lesson from the horror.

“We have to be careful about rivers,” I said. Suddenly I realized how cavalier I’d been about swimming, letting the kids play happily in nearby ponds and waterways while I talked with my friends or read onshore. Six-year-old Carmen would throw herself off the raft with joyful abandon, the way you’d hurl a stone off a cliff. She’d always thrived on risk. Why hadn’t I instilled in her a healthy respect for water?

I used to scorn my mother’s worried stance on the boathouse deck in Maine. She kept watch in a skirted swimsuit, her long red braid hanging down her back. Sometimes panic seized her when my father left on his long-distance swims, and she would wait up there until he appeared, one hand shading her eyes, scanning the blue-gray surface for the speck of his body. While we frolicked in the lake she stood sentinel above us, pacing like a castle guard. She agonized if distant thunder rumbled in the north, called us back to shore at the first tremor, endured our eye-rolling protests without comment. Now I understand these attempts to protect.

Ava, age 8, grew grave and wide-eyed at news of the drowning, wearing that soulful look of comprehension she’s had since she was a baby. “Which river?” she wanted to know, relieved when she learned it was south of us, across the border in Massachusetts, as if the state line conferred some immunity. A week later at art camp, she drew a charcoal picture entitled “Ophelia”— a long-haired girl weeping by a pond while a shadowy figure lurked behind a tree. I wondered aloud about the origins of the scene, the identity of the girl, but she refused to talk about it.

“Once the predators are onto you, it’s over,” a farmer friend had told us about raising chickens. And we’d enjoyed uneventful years of contented clucking, a clutch of warm eggs in the nesting box each morning. Tim did the lion’s share of the work, re-filling the water and grain, cleaning out the coop, laying fresh sawdust, locking the hens in each night. But now it seemed we were marked, an angel of avian death passing over our house like a thunderhead eating the sun.

That first night, the 14 pullets cooed softly in the super-coop, and we went to bed in blissful ignorance, sated on fresh pesto and raspberry pie. But at 2 am I woke to a fierce, persistent scratching noise, like the rasp of a metal saw.

Was it claws on wire? Still half in dreams, I stumbled to the window and saw a long shape slip past the maple tree—a dark sleeve of cunning, the color of a moonless night.

“Weasel!” I hissed, shaking Tim awake. I grabbed a broom and ran out to the yard, a wild-haired banshee in my white nightgown. The creature had vanished and left its dirt-scrabbled tunnel half-finished.

It is terrible to learn you cannot protect the weak. The pullets huddled in a corner of the super-coop, shivering pitifully with shock. Would they suffer from PTSD now they knew what stalked them in the night, or did chickens not possess the same body-memories as humans? No throats had been ripped, no feathers strewn, no teeth-marks on the nape of a soft red neck, but the murderer would be back. He’d cased the joint and would bide his time until we were off camping or up in Maine; then bloody carnage would ensue. In the silent predawn hours we transferred the quaking chickens to our old wooden coop and prayed it would be impenetrable.

I told the girls the weasel story at breakfast. Carmen screamed and squeezed her eyes shut.

“Can’t Daddy shoot it?” she wailed.

“Then you have to trap it, Mommy!” said Ava. “Trap the weasel tonight!”

“I’ll try, honey,” I promised. I went so far as to google plans for a homemade trap, a narrow box baited with fresh liver. But I didn’t actually build it, maybe out of laziness, maybe out of fear, because what if you do catch a weasel in a box, a vicious killer writhing in your yard? Isn’t it better to reinforce the coop and say prayers of protection rather than to stare evil in the face and shoot it between the eyes?

The Abenaki people who lived on this land for centuries believed that weasels were shapeshifters and sorcerers, and crossing one’s path meant a speedy death. When ours didn’t return for a week, then two, we began to forget the visitor, hoping we’d been granted a reprieve. Three weeks after the pullets arrived, we found a small brown egg in the hay.

Molly drowned on the afternoon of July 6, the same day my father had died of a heart attack nine years earlier. After I heard about the tragedy I felt the impulse to write her mother, not to offer words of comfort, for there could be none, but a few lines of recognition:  I’m sorry. I knew your daughter. She was strong and beautiful. Like me, this woman had birthed two daughters two years apart, and now she only had one. I could not imagine the dark well of her grief. I wanted to pretend it had nothing to do with me. But I felt compelled to bear witness somehow. It took me till September to send a card.

That summer I kept my eyes open when I swam, diving down through blurred water to feel the tug of an invisible current. I kept my girls close although the world encroached, always hungry, sometimes hostile. One night a herd of deer ate all the leaves off the hostas, the way they’d eaten a hundred tulips down to the quick in May. Beetles devoured my red zinnias and sunflowers. When the wasp stung Carmen, she hollered in shock more than pain— a swift betrayal in the garden, danger burrowed in the drooping bell of a foxglove, shooting a needle of fire up her arm.

On the phone my mother grasped for words, grateful when I could find them for her, making circuitous sentences that looped and gapped, woven into another conversation that bewildered both of us. I didn’t tell her about the drowning. I didn’t tell her about the weasel. I knew the stories would only fuel her near-constant anxiety. Our days, edited, took on a gray strangeness, smooth and round as stones on the bottom of the river.

Diana Whitney writes across the genres in Southern Vermont, with a focus on feminism, motherhood, and sexuality. Her first book, Wanting It, became an indie bestseller and won the Rubery Book Award in poetry. Her personal essays and criticism have appeared in the New York Times, the Washington Post, Longreads, The Kenyon Review, The Rumpus, and many more. Her latest project is a diverse, inclusive anthology of contemporary poetry for teen girls, forthcoming from Workman Publishing in 2021. Find out more at www.diana-whitney.com