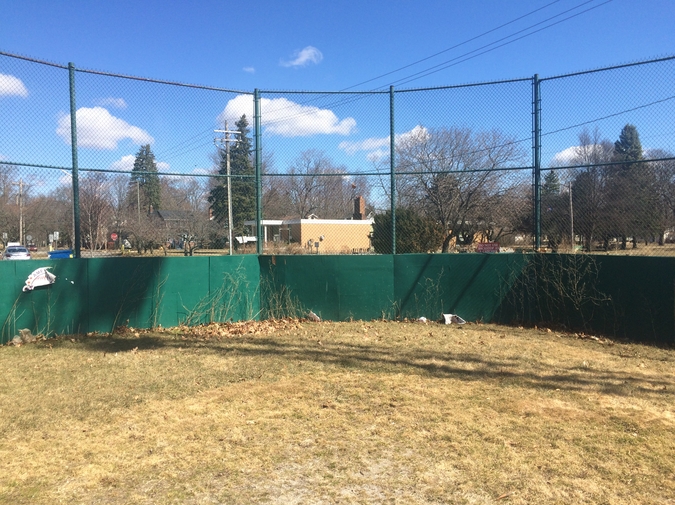 It was clear, by then, that the Cubs were not going to go to the postseason, and by this point in the summer, the crowds had thinned. We sat, holding hands out of habit, the beers we snuck in at our feet, the entire row ours. Strike, ball, strike, foul tip, foul tip, foul tip. Mary yawned and dropped my hand, I reached down to grab my beer, and then it happened. Crack, then the Pirates’ left fielder running in, holding his glove up, and waiting. He stood there for a few minutes, peaking over the top of the glove, eventually letting it fall to his side, still staring up at the ball.

We lived down the street from Wrigley Field, so going to games was easy for us. We’d wait, watching the game on TV until the third or fourth inning, then walk over, buying the leftover tickets from a scalper, sitting in the cheap seats for five or so bucks. We were still in love, but only just, and in the spring and summer, we’d sit up against the back fence in the upper deck on the first base line, praying for a miracle to show us that we were doing the right thing.

And so now, here we were, the ball below us but above the players, hovering in place, mid-air. Everyone in the stands turned to the TVs bolted to the ceilings, the camera trained on the ball, rotating in place slowly, but stuck in one spot. First there were murmurs, a couple gasps, but then we all got quiet. Mary turned to me.

“This doesn’t happen often,” she said, still trying to teach me all of the rules.

“I figured that much,” I said. I hadn’t been much into sports, but Mary was, so I followed and watched and studied, trying to learn as much as I could. Still, I let her think she knew more. But ask me about at bats vs. plate appearances. Ask me about the infield fly rule. Ask me.

“I don’t know what rule this would fall under. Maybe they’ll call it a ground rule double?”

“Maybe,” I said. Then I grabbed her hand again. She squeezed my fingers back and we stared at the ball as it hung just over the outfield, the Pirates’ left fielder backing up slowly until he was in the ivy on the wall, trying to hide in it. The umpires walked over to third base, talking and pointing, before one of them walked back to the Cubs' dugout to make a call. The stadium hummed with electric distrust, the Pirates filing over to their bullpen so they could get a better view of the ball.

“What if it never comes down?” I asked, looking away from the field and over to Mary.

“I think they probably have a ladder or cherry picker that they can get it with. There’s always a way to fix things.”

“But what if it isn’t broken? What if this is the way it’s supposed to be? Like, a new challenge that keeps things interesting. Something unexplainable that helps.” I pulled her closer to me, letting go of her hand and wrapping my arm around her shoulder.

“What if this was just to show that things weren’t broken,” Mary said, resting her head on my shoulder. “What if everything was fine, and we just thought things were wrong, but this was the first real problem? And now we’re thrown off because we weren’t really prepared for anything bad.”

“Yeah, maybe,” I said. We bent down together, drinking our secret beers together, looking at each other in the eye and actually seeing the other. We kissed, and headed towards the ramps out of the stadium.

At the lower level, we saw the cherry picker drive out on the field, raising the grounds crew member up and up towards the ball. We looked back as the crew member was eye to eye with the ball before turning away, finishing our walk out onto Addison and east, towards home, the announcer coming over the loud speakers, flooding the neighborhood with “We apologize for the delay. Play is resuming.”

Wyl Villacres is a bar back from Wrigleyville, Chicago. His work has been featured in WhiskeyPaper, Cartridge Lit, Wyvern Lit, and the 2014 Best of the Net Anthology, among others. He is reachable on twitter at @Wyllinois.