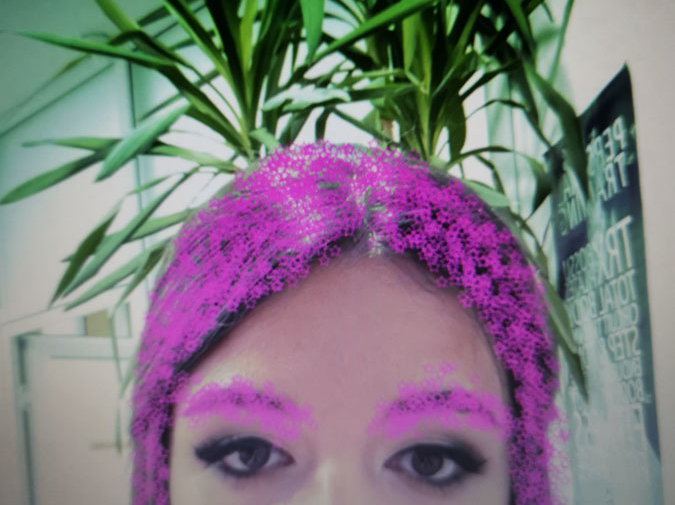 The guy put his whole face there.

Maybe you’ve seen those obsolete teen comedies where a jock who drives his dad’s forklift shoves his cartoon face in the cheerleader’s bosom and motorboats the hell out of her tiny tits, but that’s not what happened here. This guy grabbed me gently from behind as I was climbing up the stairs and imprinted his face on my ass like a Jesus-pancake. He inhaled sharply. No casual sniffing. He was almost humble. Ma’am, may I have another whiff? I stood there frozen, thinking maybe it was a friendly joke, but he couldn’t be a friend.

This is what listening to Ariel Pink feels like; not like you’re being violated, but rather gently made aware of your ass. You possess a derriere, and someone has just found a home there. Every song on the album Pom Pom sounds like Ariel Marcus Rosenberg was on that flight of stairs with me and couldn’t stop that weird event from happening, but decided to give me the soundtrack to that alien invasion.

You can hear sheep baah’ing in real time on “Exile on Frog Street” as he claims “I’m not a toad/I’m not a toad/ I’m just a/ Frog” and I really like this metaphysical distinction. I’m not this gross thing; I’m that less gross thing, maybe. On the sensual “Lipstick”, he’s eating pickles as he tells me, “I snuck you into my dog nest” because, like his Shakespearean counterpart, Ariel is a liminal spirit, a gateway between stupid folk and animal folk - my very best non-human friend. He can be nostalgic on “Nude Beach A G-Go”, remembering a past-life as a lifeguard, doing drugs on the job, but on “Not Enough Violence” he grows a conscience and tells me I should lay off the drugs, because “You’re fertilizer! Fertilizer! (On the body farm)”. Still, he wants me to keep strutting down my freak lane, says “Gucci” like “Coochie” on “White Freckles”.

But it’s on “Picture Me Gone” where he takes my breath away, wallows so deep, touches every clown bone in my body. I’m almost grateful to the man on the stairs who did that to my ass, and then I hate him all over again, and then I hear Ariel crooning, “I backed up all my pictures on my iCloud/So you can’t see me when I die” and yeah, I aspire to that level of beautiful, heart-wrenching pettiness.

Drink of choice: A Chardonnay Slushie with white peach puree.

Florina Nastase is an Assistant Professor at 'Alexandru Ioan Cuza' University in Iasi, Romania. She holds a PhD in American poetry, and spends too much time writing fan fiction online under various guises. She has been published in Kajet, Gasher Journal and High-Shelf Press, and hopes to publish more.