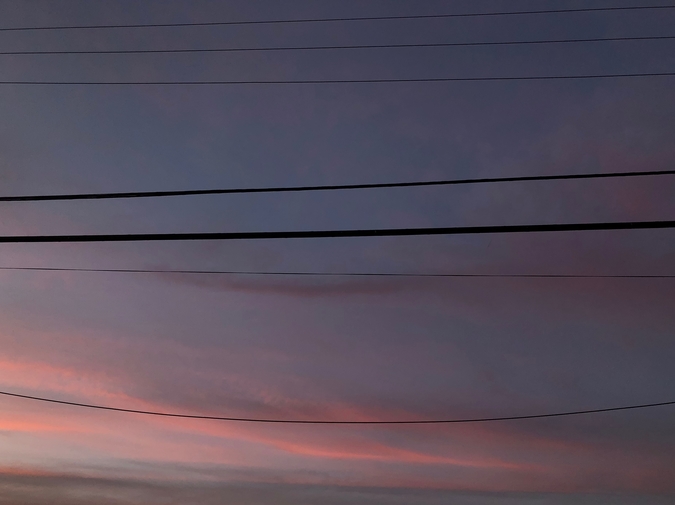 I am pouring out my father’s bottles, one memory at a time.

I am pouring out memories of my father, one bottle at a time.

Either way, I am standing amongst the bracken and the gums at the back of the beach house Dad and Mum built nearly 40 years ago and I’m emptying bottles of home-brew.

Six dozen bottles of beer had been standing in a corner of the bathroom for 20 years. In the first high tide wave of grief my younger brother said to keep the bottles and the brewing kit.

The years pass - count them one by one - and the tides and the waves shifted, but still the bottles stood there. Not going anywhere. But the beer, I imagine, might have been changing ever-so-slightly. The malt, the ginger, the yeast. What’s the process called? Fermentation?

Eventually my younger sister suggests it is time. “It’s not wine. It can’t be worth drinking after all these years.” Our brother is not fussed. So Louise empties two dozen bottles while staying at the beach house for a few days. I follow suit a few weeks later.  Then our brother Peter. As I uncap each bottle a white vapour – not smoke, not steam; gas, I suppose – rises from the neck of the bottle, then breathes out and over the lip, followed by creamy froth, and then the brown beer. Some of it spills onto the back of my hand, onto my forearm.

I learn to hold each bottle at arm’s length and let the amber liquid fall to, and seep into, the dirt, the soil of my parent’s retirement house. The liquid bubbles momentarily as it soaks in, creating a darker hue of soil. There is a rhythm to the process. A fluidity. And rather than just memories, there is gratitude. You can never thank your parents enough because you can never fully appreciate all they have done for you.

And this beach house, now enjoyed by a fourth generation. Mum and Dad built the house in the aftermath of the 1983 Ash Wednesday fires, Dad finding postholes from the previous home amongst the rubble, the dirt, the ash. Within weeks of the fire. “Planning permits? They can wait. Just start digging.”

Emptying the bottles, a simple task, was more fulfilling and more comprehensible than emptying Dad’s box of ashes 20 years ago. The children and grandchildren met outside Mum and Dad’s coastal church. Late December, 2000. Holiday traffic. It was (to me, at least) an awkward, clumsy afternoon. An errand, an obligation. Not a ritual or a ceremony. Not like burying our mother 27 years ago. Dad was there then, and relatives and friends. A priest. This, though, was an anti-climax after the busyness and the attention of the funeral six months prior. The tide had receded a little and now smaller waves of froth and sand and water were rising and falling and flopping over and into each other at odd angles.

The common phrase is “to scatter the ashes.” But the scattering was in the separate masked emotions of those standing in the front garden of the church, stepping about hesitantly, passing the box back and forth. Heads bowed, not in prayer, but in uncertainty. A passer-by might have thought we were looking for something. Every speck of dust was telling us we were alone now, we were without moorings. In a strict sense of the word, it was an odd experience.

As was my emptying of the beer bottles, but not uncomfortably so.  No, not at all. The intervening years can eventually be a comfort as much as a burden. The past recedes. If a stranger had seen me standing there holding a bottle of beer, bottle-opener at the ready, the stranger might have thought I was just a bloke about to have a drink in the bush on a summer’s day. As normal as breathing for many people. But the stranger would not know I am a teetotaller and that holding, let alone opening, a bottle of beer is an unnatural, unusual act. Yet the emptying did not seem so.

THE labels on the bottles Dad had re-used are familiar even to a non-drinker. Victoria Bitter. Fosters Lager. Carlton Draught. Carlton Ale. Castlemaine XXXX. Swan Lager.

Amongst the bottles in the bathroom was an unopened tin of Brigalow Ginger Beer Home Brew. A brown and orange tin. ‘Full Flavour. Specially Blended. Alcoholic or Non-Alcoholic’. Underneath the orange plastic lid are two sachets of brewing yeast. ‘Makes 23 litres’.

The tin listed its contents (‘malt, ginger, vegetable gum…’) and provided directions, concluding with ‘Fill, seal and store bottles for a minimum 3 weeks before drinking’.

There is nothing about a maximum period before not drinking, but the siblings agreed that 20 years might have put the beer well past its use-by date.

I place the tin on display on a sideboard in the loungeroom. A paperweight for the handwritten dates.

There is some conjecture about the Brigalow tin. I had presumed it may have been the last home-brew tin Dad had bought. My brother thought our sister had bought it, after Dad died. Our sister could not recall purchasing it. Such is the way of memory and family and stories. Always has been. Always will be.

Similarly, with the maintenance of the house we have inherited there are differences, leading to inaction – or at least delays – leading to the home becoming – in a way – a museum.

So, then, what to do with the empty beer bottles? The suggestions include sell them, give them away, put them in the recycling. I put two dozen bottles into the recycling bin, along with plastic milk bottles, food containers, magazines, yesterday’s news: the detritus of a few days’ summer holiday with my partner, our daughter and the members of the fourth generation, our two young grandchildren. I put a towel over my shoulder, walk down to the beach and dive into the December waves.

I never saw the garbage truck, but I heard its rumble from around a corner, heard the jangle of other people’s rubbish. I returned from the beach and there stood the bin, lid open, empty. Just like all the other bins up and down the gravel road.

THERE is always something to do at the beach house. Take your pick. Saw firewood in the winter. Cut kindling. Store it all away in the summer. Check the levels of the water tanks. Clear leaves from gutters. Cut bracken. Clean windows. Clear cobwebs. Read, walk, swim. Nap. Play table-tennis. Listen to old records, to kookaburras and currawongs. Hope to see kangaroos and echidnas. Solve crosswords. Piece together jigsaws. Thank Mum and Dad.

I am standing at the open door of my father’s small over-crowded tool shed. It’s more cupboard than shed, built into a recess between the front door and the main bedroom. Dad’s overalls hang from a nail. Fishing rod. Fishing tackle. Golf balls. Axe, wood splitter, bowsaw. Rakes and spades. Cans of nails and screws and nuts. Jars of indeterminate fluid. A buckled plastic bottle of turps. Tins of congealed paint. Brushes. Hammer. Screwdrivers and pliers of various sizes. Much of it still useful, especially in the hands of my younger brother. Much of it rusty or broken, just  junk taking up space, making it hard to find things. Not all of it was Dad’s. We’ve added things over the years. Two (now) disjointed beach umbrellas. Deck chairs that no longer bear weight. Footballs needing air.

I am not a handyman. I am not a fisherman. Nor a golfer, a church-goer or a drinker. And yet, standing here in my father’s house I am still my father’s son.

I put a rubbish bin outside the door of the shed, open the lid.

Vin Maskell is a Melbourne (Australia) writer who has been published in The Big Issue, The Age, Best Australian Essays, ABC Radio Melbourne, and elsewhere. He is founding editor of the music and memoir site Stereo Stories.