Only The Real Crazies Paint 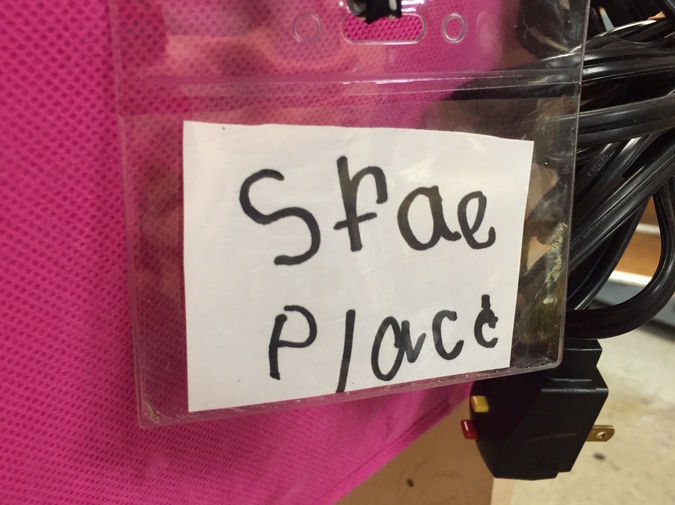 My friend takes caffeine pills between classes and shakes in the bathroom, on the floor under the sinks. She tells me her dad never lets her do anything and I don’t know what to say. She is freaking out, wide-eyed. Her fingers are unreal, like they belong elsewhere, not part of a teenager’s body, because we’re not supposed to care about anything, and shaking makes you look like you care. You care enough to take things that will make you pay attention in class. And caring is uncool. But I care about Katie. And I don’t know what to say. Her dad never lets her do anything, I mean fucking anything. Like she can’t even go out with friends to the Dairy Queen after school even though Rob has a license. Her dad doesn’t care that Rob is responsible, her dad cares that Rob wants to hang out with someone who is two years younger. Obviously, her dad can’t possibly fathom that Katie might be beautiful and cool. I tell Katie that she is strong. That she is resilient. That if I had her life, I would kill myself.

This doesn’t make her feel any better like I had hoped it would. She twists up her face and gives me a horrible look, like I just handed her a noose. This is when I realize I’m bad at giving advice and my future prospects of being a therapist like my dad are looking slim. I really wouldn’t kill myself if I had Katie’s life, but I’ve found that saying things like that, saying I would never be as strong and would totally resort to death, is the only way I know how to do it. In hindsight, I probably should have said that I understand why she cuts herself. And why she takes pills. But then, that might not have helped either. Dad says not to support bad behavior because it makes you an enabler.

So when we’re in Vermont visiting Mom, and she tells us about how sometimes she sneaks away and pulls her hair out, I can’t tell her that I understand. I have to look at her like I love her, according to Dad, which I didn’t think was something I needed to make an effort to do. And then I need to tell her that I love her. And then we tell the doctor about her sneak off times, and end them.

Katie has been to my house enough times to think it’s weird that my mom’s vacation in Vermont has lasted three months.

“Where is she in Vermont?” she asked me one night after we murdered a bowl of popcorn. I watched her press her beautiful long finger against the bottom, cut a path through the salt, bring it to her mouth and suck.

“Oh, Burlington,” I said, because of Bernie Sanders. Burlington had been on the edge of my tongue; I was ready for this question. “Just like Bernie.”

“What does she do on vacation?” Katie asked.

“Oh, you know. She milks sheep. She helps them give birth. She shears them.” I thought of her pulling out her hair, the one thing that made her happy that we took away. She used to like painting until she saw someone she didn’t like painting too, and shamefully dropped her brush stating that only the real crazies paint.

Katie doesn’t needle me with questions; she lets things go, unlike my mom.

Who are your friends? Do you have friends? Do you take drugs? You don’t steal, do you? Because you have everything, you shouldn’t have to steal. Are you going to show me photos from your dance? Where did you get that dress? Why didn’t you go with anyone? Pretty girls don’t go alone. Who is Katie? Did you get your period yet? Why not?

Everybody knows my mom is on vacation. They assume my parents don’t get along, and she needs time away. They see our big house and all the things I have, all the nice clothes and the cars in the garage, and they think we’re a rich kind of normal. A rich normal that the other kids, kids like Katie, even, just can’t understand. My lie is strengthened because my dad is an eccentric and well-regarded therapist. Because he’s written books. Because we go on trips to Paris and ski in Austria. If you put a veil of wealth over things, Dad says, it keeps people from asking too many questions.

Katie trembles on the floor, and it’s not going away.

“I don’t even care about going anywhere with Rob,” she says. “It’s the principle of it.”

“No,” she grabs my arm. I see a flash of skin where her shirt lifts away from her armpit and it’s so smooth.
I tear my gaze from that splash of skin and look at her, those brown eyes, her hair braided in tight rows. What I said was untrue. I’d give anything to have her problems. To have a dad who paid attention. Who told us to go to bed because it was late. Who asked me how I was and actually wanted to know.

I don’t know what to say to make things okay. I’m nothing like her. I don’t know what it’s like to have the problems she has. And seeing her like this, on the floor freaking out, I actually feel good for the first time since Mom left.

I put my hand on her sneaker and lean in. “I know it seems like things are really great for me but they’re not. If that helps. Probably doesn’t.”

“I know,” Katie says. She sighs, looks at her hands and tries to steady them. “I know your mom isn’t on vacation.”

Do you have other friends? All of these pictures are with this girl. Who is this girl? She looks at you like you’re a star. To this girl, you’re a star. You have a gravitational pull. She thinks you walk on water. You hold the world up. You are the one good thing for her; I can tell because she looks at you like I used to look at your dad. You never talk about anyone else but this girl. Do you look at her, too? Do you see her? Make sure you see her.

“I wasn’t.” Katie is starting to cry. “Judy, please, I’m sorry I said anything.”

Katie looks at me, her lip trembling. I want to take that lip, that perfect face and smash it. When Katie doesn’t answer, I shove a stall door so hard it makes a noise that stiffens the hair on the back of my neck.

Sometimes you have to tell, my dad says, because if you don’t they won’t stop. People need to know when things are wrong.

When I tell the social studies teacher that Katie tried to kill herself in the bathroom just now, with caffeine pills, the teacher’s eyes get big. Clearly she’s never dealt with anything real before, and though I could help her through this because I have experience, I’m shaking too hard. When the bell rings, it’s so loud it cuts me down. I’m at my desk, and I don’t look up when Katie passes by, two teachers on either side of her. But I feel her eyes on me, the same way my mom looked at us when we told them about her hair pulling. They told us not to worry, though, because they suspected this behavior. They’d seen evidence. There is always evidence, Dad says, that’s why you can’t feel guilty; you can’t take full responsibility for the decisions of others. I believed him, and tried to feel better about it.

Just to see what it would feel like, I pull at my own hair. I can still hear Katie crying down the hall but if I pull hard, like really hard, it almost makes the noise go away.