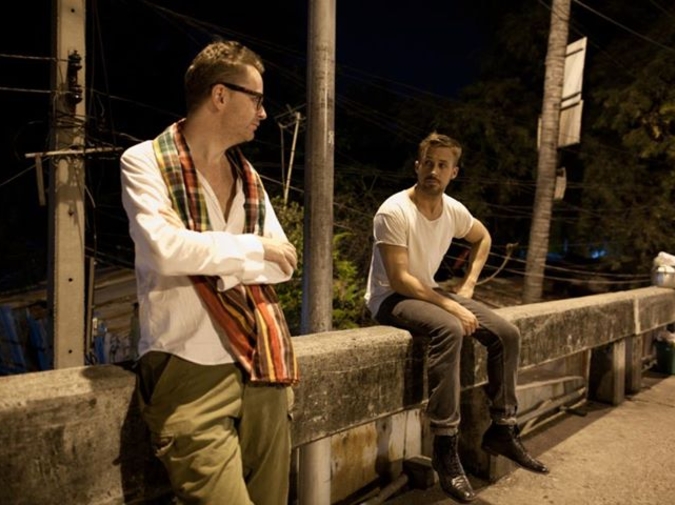 Note to critics: Nicolas Winding Refn is your better. If he waves an obstacle at you, do the fucking work and clap. Feedback about his latest contours meek between gossipy foreplay bitching for the sequel to Drive and flat bitching. Only God Forgives is a film static below its need, a dream blood interlude in the loose arena of Refn’s Fear X – the anticlimactic Herbert Selby Jr.-penned pause through cinematographic reds that got his money spanked because America is nothing. Nothing you want to happen will. Fuck your want. Instead, you’re going to loom behind granite and end up on the floor, pissing clay. This movie gnaws you a better head slow enough to care. No payoff tattles itself forced. It goes extinct halfway up its mother – where heroes belong. Moments earn the nut to birth you out again into your same rigidity. The stroll and lack found a stop-motion castration to paint silences, a stoic wampum extreme with wanting spanked. The filler comes between your eyes. Chips a space there at which doctors will shrug. Scenes edit together fat end first. No victory except air. It’s more than floating. I have beheld Gosling, long since proven far above his prettiness (see him pictured beside our lord and savior Gaspar Noe, whose colors ride here, whose real corpses prop here), dragging someone nowhere by the roof of their mouth. Behold a McCarthy-level police monster improvise someone’s ligaments apart. Jodorowsky wallpapers stiff between militant karaoke, his zodiac trailing us smeared gifts. Continuity don’t mean shit. The incremental no-way parse will be our bread. Aren’t we begging to lose a fight every time art is made? Every time some cocky little shit pops up to weigh in about what makes sense. If you form a thought (or refuse to) the punishment for it is already handy. Go into this movie wincing for anemia. Go in ready to lose and return fuller. There’s no shortage of films now showing that’ll press your stuffing for you into a healthy understanding. We can philanthropically suck ourselves accomplished or go worship the shattered. Oops, if I’m making a point, cut off my fucking neck. I like this person’s art so much I want to use his dick to blow my brains out.