Once it Hits the Air 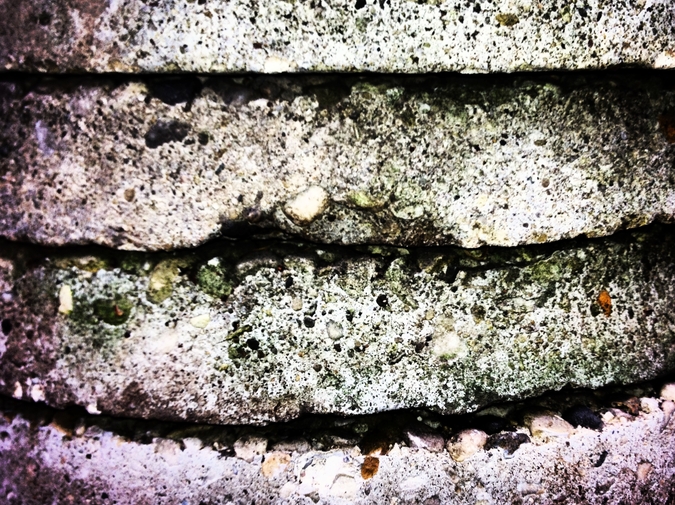 My Spanish was always too slow to impress my father. I tried not to learn it to spite him. But  that was like not swallowing water in your mouth when there’s no place to spit it out. I don’t remember ever knowing why he dragged us down to Mexico those few years. I hated it the whole time but still, the Spanish took.

He said, “Son, you’re here now and likely to do beaner work. Get to know the language of your people.”

He was mostly right but I’ve tried not to let on with my own son. He can still choose what it is he wants to do.

I’m probably about the age my father was when he moved us to Mexico and really, the type of work I’ve managed since hasn’t changed. There was the grocery store and then painting houses. I shaped surfboards and trimmed trees. There have been dozens and dozens of like jobs. The tree work was the best pay but was also the most dangerous and my son’s mother worried so much that eventually I left it. I forget what came next.

My last job was with Phil’s Septic and ended some time last year. I was paying the tail end of child support and had stuck with Phil’s a long time before finally quitting. The work was simple once you got past the smell. While some needed a half a block between them and the stink I could stand right in it with the hose in one hand and a half-a-sandwich in the other. You just got used to it that way.

By the end, I’d more or less formed to the work like a mitt around a couple of baseballs—the way all men form around 40 hours of something. With Phil’s there were always more invoices each month for emergency visits rather than scheduled ones, so everyone was always in some state of frenzy. They’d cared for their tanks as they did their cars or relationships, waiting until something was broken to pick up the phone. Always the same shit. Aside from one or two cases, that last year may as well have been a single tank full of shit. Every one had earned cash and bought food and drinks and shit their collective brains out into la gran nada. And there I was standing in their yards in the morning sucking it up.

There was the time there were stranger’s condoms in Kurt’s tank. That was something. He was sterile. He didn’t need to use any condoms is what he said.

He asked and I had told him though he must have known what they were. He must have. The spent condoms moved around in a school of the ghosts of fish.

He pulled out a smoke and tapped the filter-end against the pack and then tried to make the cigarette stand in the palm of his hand but it wouldn’t.

"All day", he started, lit his smoke, and took a drag. “All day you try to smoke that first one again." He looked into the emptying tank.

I grunted a kind of amen and lit my own cigarette, not my first.  I remember thinking that somewhere my son tugged the pull-string from his pack of Camels. Somewhere he smoked his first cigarette as his mother tells him that cancer kills. And cars in bad hands kill, she adds. Everything save for God is death. Everything’s got teeth, son, she says. She worries like that.

I don’t know if Kurt confronted his wife or not. I know I would have. I also know that I’d have fucked it up. Talking to a woman, especially a smart one who's caught in a lie, is like handling a snake in a paper bag.

At the time I had my own snake in a bag. My son’s mother was still getting it out of me. Money or chores at a house I hadn’t lived in ten years. Always something. Jesus.

What I think really got to Kurt is that he figured if anything his wife, Kat, was a lesbian. She was working at Ace Hardware and had cut her hair almost like a male newscaster's, like a wetter version of Brian Williams. There was that and also that Kat’s mother was a lesbian. Bobbie is what everyone calls her, and she has been one, a lesbian, since she can remember. At least in profession, not necessarily in practice— Bobbie’s words not mine.

God, I suppose I know Bobbie better than I do her kid or kid-in-law even though I went to high school with the two of them. She and I keep pretty similar hours at the bar. At 78 she says, “Well, J, I am, well was, a lesbian. And now, now I am not anything.”

Even when people still called by her given name, Robin, she knew she didn't want children. “Back then, let alone now, why would you bring someone else into this world?” she says.

But Bobbie was raped and had Kat. Over time I think the two of them, mother and daughter, came to understand what happened to Bobbie as you or me accept the color of our hair or our height. They lived not as mother and daughter but more like two soldiers bunkered together in the dirt.

My father and I were like that if I think about it. But it was a quieter partnership, a more violent one. He spoke to me in blows that I returned in equally random portions to anyone who was around. First time I got into trouble was for beating a guy’s head against the hood of his car in a beach parking lot. I don’t remember what it was he said that started it. Probably next to nothing.

I could see then, there at Kurt’s tank, that next Saturday he would descend the stairs into his manicured yard and call it good and Kat would leave not because Kurt had said anything but because he hadn’t.

I think I had all but forgotten what the truth could do. It’s an easy thing to forget about. But that day there was nothing between Kurt and the truth about his wife. There was nowhere to go, I thought. I stood there with him and the day moved around us and we waited.

He shook as the truth worked through him. The wind smoked his cigarette.

With Kurt, as it is with all of us, it was the knowing.

I thought about my father driving us into Mexico without so much as a word. And then we were standing in a blank apartment with water-stained walls and the next day I would start learning Spanish. There were no questions because one would have bled into another so I kept my mouth shut. The blank road and apartment and all the blank between would have to stay that way or I would really get it.

Kurt stood and looked into the tank.

Knowing means nothing. It is worse than nothing.

His mouth shut around his lips.

He let the truth deep into himself where it would stay until it turned into fear and the fear would void out choice and then there would be only the hunger for a time when he did not know. Now forgetting was about as likely as gathering the pollen from the air to put back into the flower. I thought of my son and wished that I too was sterile or better than I knew I would ever be. And everything shook and shook and the hose sucked at the void until there was nothing but silt.

Luke Wiget is a writer and musician born and raised in Santa Cruz, California who lives in Brooklyn, New York. He has stories in SmokeLong Quarterly and decomP and forthcoming in H.O.W. Journal and is at work on a collection called December Water. For questions and/or complaints find Luke on Twitter @godsteethandme.