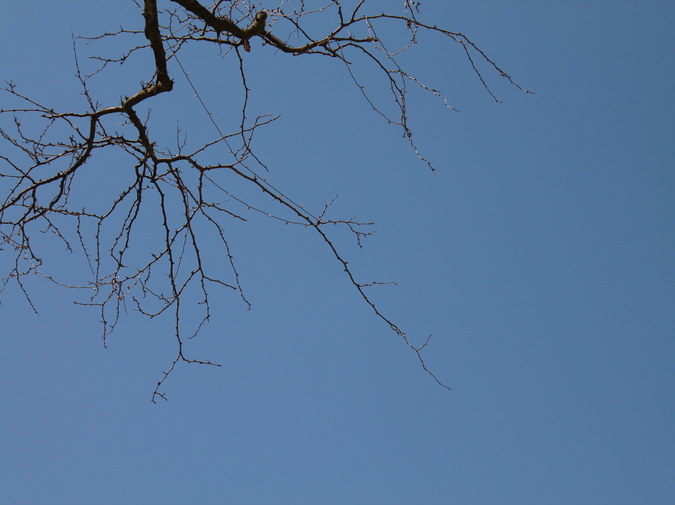 It’s the 26th of September 2007. I’m driving from work to pick up my daughter at school. On the radio Melissa Block is telling me that “From NPR News, this is All Things Considered” and that she is, in fact, Melissa Block. Robert Siegel jumps in to say that he is really Robert Siegel.  Mr. Siegel is now talking about birds. At first it’s background noise: “The ability of birds to migrate, to find their way year in, year out to the same locations, is one of nature’s great wonders. Scientists know that the birds possess an internal magnetic compass.” But then out of nowhere he is telling me that “The garden warbler, a common migratory bird in Europe, passes information about the Earth’s magnetic field to the brain through the eye. And that suggests that in some way birds can see the magnetic field.”

Then Henrik Mouritsen, a neuroscientist at the University of Oldenburg, is confirming Mr. Siegel’s claim, though Professor Mouritsen’s German accent makes his statement much more believable. Yes, it’s true: “the birds may perceive the compass direction of the Earth’s magnetic field as a virtual image.”

By spring I’d be divorced. I can’t see shit.

That December, back in Southeast Texas for Christmas, I’m watching my daughter ride her pushbike on the patio behind my parents’ house.  I’m here with my parents, brother, sister, and nieces and nephews while my kids’ mom, my wife, is at her parents in the next town over; and I’ll stay here when they go over with her to see another set of grandparents and aunts and uncles.  By now I can see a little: this is the divorce Christmas.  But I don’t think that’s the point. Nora Grace is tracing figure eights on the patio, wearing a red, snowflake sweater, pretending as one does in Southeast Texas that Christmas feels like it would in New England, not really New England but an image of New England you’d find on a Christmas card. And like an image, a reproduction, the color wasn’t right. It was like an old photograph, not sepia; no, it was like the saturated color from one of those Russian plastic cameras or the color in old super 8 home movies.  It was not a reproduction, though; it was just my kid on a bike moving across concrete in front of my eyes.  But at the moment I am watching, it was already an image, a memory, then and now at once.

Years before, I’m in Wellesley, Massachusetts; it’s the fall of 2003. I’d heard that some unusual solar flare activity would interfere with wireless devices and make for an opportunity to see the aurora borealis. My wife is in South Carolina, and she is seven-months pregnant with our daughter. My son and I, wrapped in a blanket, sit on a hill waiting. We see something, but it could just be searchlights from a car dealership. But the light isn’t moving across the sky; it’s running through it, tracing pink ribbons in the dark. Only when we realize what it is we are seeing can we really see it. Only then: “Hey, look. That’s it.”

Annie Dillard and I disagree about this type of moment.  But I can’t say she’s wrong to insist that “Hey, that’s it” often hastens “But where did it go?” In Pilgrim at Tinker Creek she writes about a mountain that “folds and pleats itself like living protoplasm” as she watches, but then it vanishes the moment she becomes aware that there is something to watch and that she is watching it.  Awareness makes the wonderful, beautiful thing in front of her disappear: named, verbalized, made subject to her consciousness, captured, it’s lost. “Catch it,” that presence, that present, she advises, “if you can.”

Sometimes, however, knowing that the thing in front of us is a chapter marker in the narrative of a life, a memory in the making, or a light that’s not like the other lights may be necessary to the seeing. But maybe that’s just another way of saying that we see what we want to see. And that’s not really so very far from running the air conditioner, putting on a sweater, and lighting a fire to celebrate Christmas in the warmth of Southeast Texas.

But it can’t all be pretense. Sometimes it’s a matter of seeing through expectation and normalcy and routine.  When I was a kid my dad would tell me to “look here now” if he thought I needed to slow down and be careful.  It was a warning.   He could have just as well told me to stop being a punk-ass kid or I’d regret it shortly.  That would have been too many words for him, though; and he really did want me to stop and to look hard, seeing myself as I was in that precise moment.  But we don’t often look here now.  Instead, we tend to look for and expect little from the world around us. “Move along: nothing to see here.” And we do.

I understand that there’s a great deal I can’t see. My eyes are very selective, and the visible portion of the spectrum of electromagnetic energy is tiny. Our rainbow consists of waves roughly 400 nanometers to 800 nanometers in length—please note: a nanometer is one billionth of a meter. We ignore infrared and ultraviolet light, and we don’t even consider X rays or microwaves, gamma rays or radio waves to be light at all. They’re too big or too small for us to see.

But birds see the magnetic field. Actually, what they see is light: their eyes convert magnetic forces into what appears to be a bright band in their field of vision. Looking to the north, a garden warbler sees, well, what he would normally see, that is, what we would see: people, buildings, cars, cats. Unlike us, though, he sees stretching across this view to the north a bright band of light that arcs from a peak corresponding to the magnetic north down evenly toward his left and right, his west and east. The same warbler facing south would see a similar band of light turned upside down, arcing up from due south toward the east and west.  Depending on the season, he would simply fly north or south by keeping the top or the bottom of the arc straight ahead.

Inside the eyes of this warbler, a type of protein called cryptochrome reacts with toxic superoxides enabling him to translate magnetic forces into electrochemical processes that travel down the optic nerve from eyes to brain, that is, into visible light. We have cryptochrome and superoxides in our eyes but not much, not enough to see the magnetic field, not enough to be harmful.  Migratory birds evolved to see the magnetic field, sacrificing a long lifespan in the bargain—the two types of migratory parrot are endangered and live on average about two years, but a sedentary parrot can expect to live twenty or more years.  As did most parrots, we evolved to live longer and see less, lasting and enduring.

Every now and then the light gets through; in those moments we get a hint of what is out there all around us. Energy flies off the sun and hits our atmosphere in such a way that light appears within our narrow window. The light from the sun is bent by gas rising from the swamps to the east of my hometown or the refineries that encircle it. It doesn’t happen often, but it happens.

We stay together too long, telling ourselves that it’s for the kids.  As a result we ensure that they will see the same thing over and over.  In other words, we’ll work to help them see less.  We’ll sacrifice vision for safety.  Until we break.

Outside my daughter’s preschool, I’ve been sitting in the parked car for a few minutes now. Robert Siegel is thanking Professor Mouritsen for talking to us. I lean forward, looking up and to the north. I squint hard, trying to get a closer look through the bird shit on the windshield.  I wait and watch, and I will the sky to rend itself asunder, spilling light out of the fissures.   It doesn’t.  Not yet.