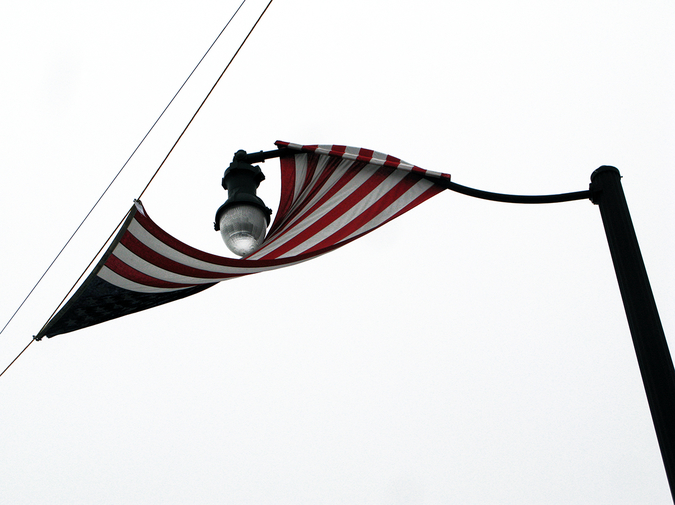 I grew up an outsider, observing my classmates playing tag as I hid in the shadow of an oak tree, finding refuge in the library, where it was socially acceptable to show up alone, and sitting on the bleachers to watch kids in the dance club make up moves to I Saw The Sign as the portable cassette player blasted. I sat in the higher rows, far enough away to seem as if I was minding my own business, yet close enough to hear the girls calling out one another’s names and the names of secret crushes, all of which I learned by heart. I made up dialogues in my head and plotted stories for the people I knew so well yet never spoke to. Yes, I longed to become loud and loved and popular, but I never pitied myself or questioned my identity as someone out of place. I accepted who I was because it was the way I had always been, and I got used to hungering for things I couldn’t have.

I spent a lot of time with my father, a solitary man, in coffee shops. He read every page in the San Juan Star, downed two cups of coffee, and largely ignored me except to ask if I needed money to buy another soda. My father didn’t fuss over me like my mother or grandmother—there was never any, “Do you need to use the bathroom?” or “Wipe your hands with a napkin.” With him, I was an equal, a person who was simply there. I watched the people in the shop, the mothers and fathers and babies, the shop clerk, the cleaning lady, all the people who looked nothing like the two of us. My parents were Taiwanese immigrants, but Puerto Rico was their third destination in America, and Spanish a third language. I listened in on the conversations, watched people’s distinct ways of dramatizing certain words, and memorized the choreography of their superfluous hand gestures so I could reenact them later in the safety of my room. When I grew up I wanted to be like the women in the coffee shops, painting my nails bright red, visiting the hair salon weekly, and opening my mouth wide for every bite of food, so that the spoon would not smudge my lipstick. My mother was a college professor, a woman who owned few lipsticks and fewer pairs of high heels.

I dreaded appearing in public with my entire family. When we went out for dinner at Church’s Fried Chicken, every pore in my body tensed as we bit into the crispy skin and conversed in Mandarin; although we must have chosen a different booth each time, in my memory my family is always seated at the very center of the restaurant, the overhead fluorescent lights illuminating us as if we were on stage. The curious glances and the not-so-discreet comments about where we were from burned, leaving a sting on my cheeks and a queasy feeling in my stomach. I wanted nothing more than to go home, to return to the safety of being invisible, an observer rather than the observed.

Some years later, I moved to Taiwan with my mother, and my fifth-grade homeroom teacher decided I needed friends, in the plural; she made it official by writing this on my report card. My parents had never criticized my social abilities, but now they, too, urged me to break out of my shell, and for the first time I questioned myself—was I a loser? Perhaps now that my skin color blended in with society, I’d lost my excuse to be a loner. My new environment took away my freedom to be invisible. Forty of us crammed in the same classroom nine hours a day, where we received all our lessons, ate, and took naps with our heads resting on the wooden desks. All day long the teacher sat at the very back of the classroom, no doubt watching my every move, determining if I was putting in the effort to share snacks, talk about movie stars, exchange diaries—all the little gestures that make up a friendship. I longed for the long, dark corridors in my Puerto Rican school and the vast gym with hundreds of empty bleachers. As I sat at my desk, lined up side by side next to another, with no gap in between, I thought about the oak tree and my spot in its shadow.

Vanessa Wang is from Taiwan and Puerto Rico, and she currently lives in the Silicon Valley. She is an engineer and a writer. Her writing has appeared in Cafe Irreal, Kweli, The Golden Key, and Kartika Review, among others. You can read more of her work on wangvanessa.com.