Now the wren has gone to roost 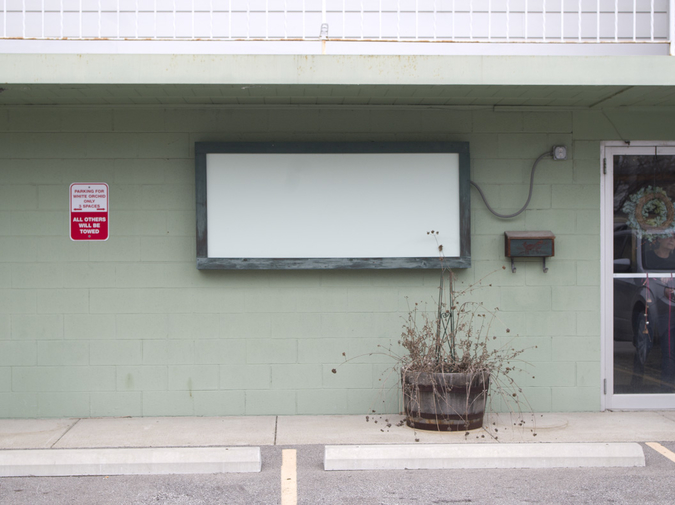 The trees all richly clad, yet devoid of pride, fat with birds and the season, have called back days and years for the history they are giving me. I cannot fathom deus or divas; what divine is it that would open his picture book and put us two in the car together, with a thousand winters and small glories between us? I turn to music as a weak man joys to gamble and pray to spark no oblique memory. Our diurnal course predicts us parked 9 minutes from now in the grocery lot, where we will buy the same perishables, their newness to her each day reflected in her face, how full of veneration. Decades ago she’d been a local monument--police had come to levy her land and she’d raised her drink and waved a pistol high, calling every one of them a goddamned engine-driving, plate-laying, missionary’s-pass-hunting hound. Hot and high and drunk in that grief-green valley, walls moist as a mouth, she’d paced, preaching to the farm, swinging that gun like a gavel; the law as quoted lays down a fair conduct of life, one not easy to follow, and once the force acknowledged the queen of a dead king might go hunting for crowns herself, they left her right alone. Now she seemed of earth and heavy melancholy, solid, hating all lightness and all folly, an arbiter of a graver sort, back, once straight, beginning apace to bow, bowl of mind empty of sapors. Two breasts of chicken, three boxes of pasta, rice chips, two ears of corn, and cream sauce go into our basket. I lose her briefly, recover her back a few aisles, staring at a package of noodles and trying to conjure up a restless lifetime of meals made for children she can’t address envelopes to anymore. We have our fifth fresh encounter of the day and she greets me like an old neighbor, pulling gently on my beard, asking when I got it and what it was for. That’s a tough thing, to have your face serve as subject line to a blank email. Four people before us at the register, ahead a small daughter cajoles purse out of mother’s handbag for a wrapper full of nausea and a neon magazine. A wave of sighs rolls back to us, the inbetweeners shuffling in place like a row of horses shown a carousel. My charge binds her hands to my elbow and scatters me with the bland-wonder look of a bad actor performing unfit roles to empty rooms suddenly confronted. I compose a smile and play it to her: one single bowstrung hum of reassurance for us both. To walk beside her favor is to know these knuckles and to be-mar my sown plans and to heed each other as now stood, two ages of frail human, hearing the child, who yet with love and all alacrity had her mother spending all was willing to be spent for her. In the lot we greet the boiling summer as a kick at the throat. Halfway across the asphalt span, a buggy rockets out of a blind spot between two cars ahead of us. It lurches across the lane, one front wheel reed-rattling off the concrete, pulling the thing into a slow arc of a turn like an unintended boom swing, course now uncertain but limited: home in the cart return cage or a dent in the rear fender of a new and clean SUV. Gravity makes a sermon of it; together we watch the universe steer this slight miracle to rest in proper placement. From the gap of origin stomps our small check-out compatriot, her mother behind her trying to mask laughter with half-hearted beratement. The girl fist pumps and doubles over, conducting an orchestra of joy toward giggling symphones. Roiling with energy, she two-steps forward and sticks out a hand palm-up. The woman next to me studies the motion like a crane unsure of what she’s dug up from the mud. I’m halfway to moving when I hear the gentle smack of skin on skin, two hands and a hundred years intersecting on hot concrete. My grandmother makes this moment her mephistopheles, releases the laughter of a maniac, so radiant it reminds me I’d rather her assigned any poison, blade, or dread instrument than this execrable vacancy, but say nothing of those fabled violences--for what is unrelieved horror but boredom? The forgotten can be found again, but what of the forgetful? Like all dead love she is both located and lost. On the highway again I find myself chanting small prayers to the universe: if worth or virtue were here in me,  let that live indefinite in her memory, or at least linger in the many ways a droplet can: dew, rot, tear, kin. Precedents of myself, rusty at times and worn bitter from relocation, crowd up to the space between my shoulderblades like a coyote band, try to push through to the sternum and sail this body. I notch Eddington’s asymmetry and loose that arrow toward a kinder providence--tell this vehicle I’m turning that constant herd of empty-stomached mythseekers into voyagers of frontier, who after conquer will rest rich in the tranquility of soap wand bubbles and lullabies and that certain thermal exchange between hot cup and cold hands only possible in the absurd happiness of an epiphany. Bis pueri senes; this woman deserves the dedication of every small novelty I can muster her.

Drew Knapp is a writer based in Washington, DC. He can be reached @ggzuzwan