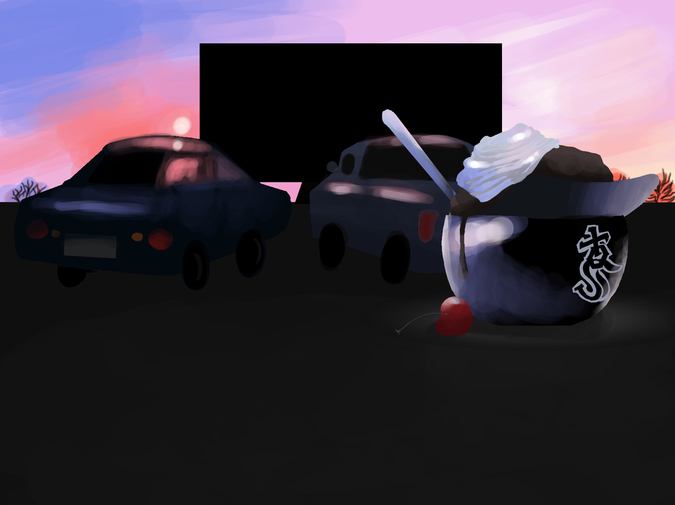 Field of Dreams on a screen bigger than every building in Merrillville,

transformed the minivan into an American cathedral like Comiskey Park

that would be gone soon like this drive-in theater,

watching a man, a ghost, hit baseballs a long distance,

baseballs disappearing into cornfields on a night as clear as this one,

baseballs disappearing into cornfields as mother scrubbed the helmets clean

with moist towelettes as brother falls asleep with chocolate syrup

after mother took him outside behind the van to pee,

as baseballs and men disappeared into cornfields,

Chris Pellizzari is a poet from Darien, Illinois. His work has appeared in numerous literary magazines including Counterclock, Allegro, The Lake, Gone Lawn, Ligeia, Slipstream, and Not One Of Us. He holds a BA in history with a Spanish minor from the University of Illinois at Urbana-Champaign. He is a lifelong fan of the Chicago White Sox.

Aubrey Hirsch's comics have appeared in Vox, TIME, The Rumpus, The Nib and elsewhere. She is a 2022 NEA fellow in literature and you can learn more about her at www.aubreyhirsch.com or follow her on twitter @aubreyhirsch.