No Room for Discontent 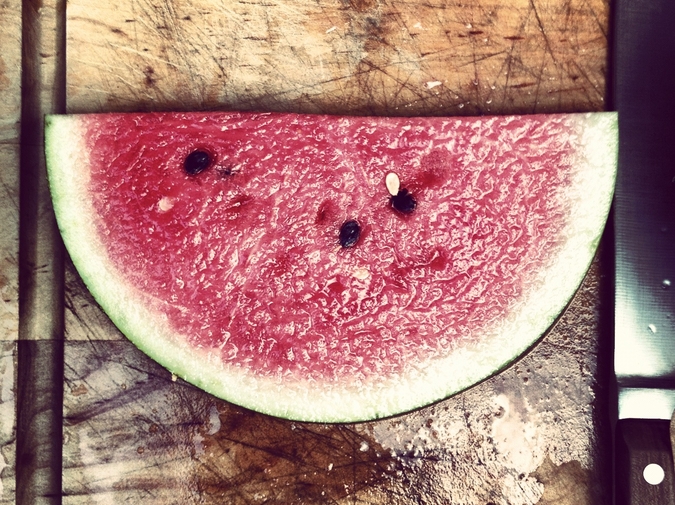 Four decades after breaking off our high school romance, we found each other again, I, Phillip, twenty-five years into my second marriage, and I, Lily, divorced. Five beautiful children between the two of us scattered across the globe. Found each other? That sounds so pat; I certainly wasn’t looking for you, Lily. My marriage with Katherine wasn’t exciting, but comfortable. Okay, what would you like us to say? More like “crashed” or “stormed.” Fine, Phillip and Lily stormed into each other’s lives, the memories of our past making it easy to believe that we were fated to be together. First concert we ever went to, Simon & Garfunkel at Madison Square Garden, back in 1972. Took the train to the city to window shop and pretend we were an adult couple. We had just the right house on West 80th street picked out, near the Museum of Natural History.

That was ages ago, and now: a whirlwind romance—certain things are simpler and clearer with a lifetime of bad decisions behind us—but happy ever after hit the first snag at the matter of real estate. Lily, though a professor of architecture, let the house she’d built fall into disrepair. Her finances, too, needed straightening out. On Phillip’s side, things were even more complicated. Katherine was understanding and accommodating, but reluctant to get a divorce and divide property. Katherine, understanding? She manipulated you all the way, Phil, and you’d simply grown too calloused to care. That may be so, but the numbers were on Katherine’s side. Complicated taxation issues, paying lawyers, losing an arm and a leg on splitting retirement savings, selling family house in the down market. The youngest daughter, still in college, liked to come home to sleep in her old bedroom every other weekend. Katherine’s solution: We’re sophisticated intelligent people, Phillip, why don’t we just tell everyone we’re divorced, and be done with it?

Market conditions notwithstanding, Lily decided to list her house. And the two of us shopped for a condo in Manhattan, the upscale version of our teenage dream—Lily’s job was downtown, and no more worries about school districts for either of us. Lily cared only about natural light. Phillip, an accountant with a private practice, thought a room for home office was imperative. No, not imperative. Desired. A place to make phone calls without disturbing Lily. Lily is a bohemian and likes to sleep till noon. Wait, who’s telling this story? Phil, if you want to keep on correcting my terminology, please, go ahead. Together, Lily, we’re doing it together, aren’t we? You’re right, I’m sorry. But let’s just agree to stick to the third person, without personal jabs. Oh, Lily. If you still want our kids to hear this story and understand our choices, you have one hell of a revision ahead of you.

Reuben, our real estate agent, was really the worst. The worst. The difference between one million and two million was too much arithmetic for him. Each time we’d see a place, he’d start off listing the negatives. This building has bad plumbing, and that one is on a noisy street, and here the walls are too thin. First floor, an invitation to robbers. Top floor, you’ll get leaks from the roof. The ceiling is too low or the floors are uneven. The balcony gets too many pigeons. The bakery downstairs, it has a line around the corner. You guys will get fat. After two months of this, we asked Reuben, do you even want to help us? Of course, he said. I want to help you find a perfect place. I wouldn’t do it for every client. And how long will this process take, you think? About two, three years. Reuben, the son of Lily’s second cousin, apparently very grateful to her for helping with his college application essay a good dozen years ago. I’ve warned you, Phil, that’s what you get for falling in love with a woman from a large Jewish family.

Two years? But we were as impatient as teenagers. When we were seventeen, we couldn’t handle the thought of waiting for four years to be together. And so we broke up, and Lily went to school in Manhattan and clerked for an architect designing garages and parking lots and hoping one day to build museums and opera houses; and Phillip? What did you do? Oh, I wish you didn’t try to simplify things so much, Lily. To listen to you, it’s as though you broke up with me then because you loved me so much. Well, in a way, I believe that’s true, Phil. I knew we could marry and have children, but my head was too much in the clouds then. I dreamed of courtly love, the high romance. The thought of having sex with you, it terrified me. All I’m saying is that you broke up with me, Lily. I wasn’t good enough for you then. So—so, we broke up, and you went up to Boston, right? And?—And I joined a rowing crew and tried smoking cigars, and after college found myself married and working on a CPA.

Once in a while we did see each other in dreams, particularly after Phillip moved his family to New Rochelle, the town in Westchester County where we grew up, and Lily after her divorce settled in the nearby Larchmont. Dreams, the stuff of cheesy romances, of which Lily read quite a few. And Phillip indulged in epics and televised dramas, which are not much better but less embarrassing for a man. Two years? But Lily’s three-year old granddaughter’s asking, Why is your hair so white, Bubby? Because I’m old, says Lily. And the girl goes, When are you going to be young again? Oh dear. Forget it, Reuben. Any old place will do.

Staging Lily’s house, another hurdle. If people’s characters can be judged from their houses, Lily was a contemporary self-designed four-bedroom and four-bathroom mess. Before Phillip, for years, she'd avoided the master bedroom unless one of the kids was visiting. All the books were in the living room, stacked on the floor between the fireplace and the couch. Her drafting table here too, in front of the large window with the view of the neighbors’ rose garden. An almost pet mouse judiciously munched on art volumes and not paperbacks, left droppings on student papers and was not interested whatsoever in the cheese-filled mousetrap.

The contemporary design held up, but—Reuben was right about that—all the interiors needed to be ripped out. We spent four weeks together at a hotel; but then giving in to sensible financial concerns and dislike of maid service, Lily finally accepted an offer of a guest bedroom and a very interesting situation. Lily moved in—temporarily—with Phillip and his second wife, Katherine. Lily’s weakness: she was curious to get a glimpse of Phillip’s life these past decades. Katherine was a prim and stately Tudor cottage with large drafty rooms and nauseating smell of potpourri in all the bathrooms. Her dance students coming and going at all hours of the day, they entered without knocking, stairs creaking all the way down to the studio in the basement. Some deep vacancy in Katherine’s life always requiring presence of new people. Hey, I don’t think it’s fair to psychologize Katherine. I’m not saying you’re wrong, just maybe keep her out of this? I’m not wrong, as I’m not wrong to say that you were compartmentalized to one wing of the house. Phillip’s Home Office: a low-ceilinged room furnished with filing cabinets, a stash of Playboys in a plain cardboard box, and a small TV in the corner. Hey, I’m a father and a businessman, and what do you want me to do, to display my porn near the tax books?

Katherine, the lady of the house, a former ballerina, tall, perfect posture, control of every gesture, all body parts damaged and constantly aching. Lily, fruit and cheese for breakfast, lunch, and dinner, hooked nose growing more prominent with age, red hair turning to white every six weeks or so. And Phillip, a pudgy thin-lipped businessman, an unlikely charmer. Sneaking from his office into Lily’s guest bedroom when Katherine was in her basement studio or in the kitchen. Katherine’s students kept showing up, and soon Katherine started leaving trays of left-over muffins and oatmeal cookies outside of Lily’s door. Katherine saying she really liked Lily, as if Lily were one of Katherine’s students, an amateur dancer too old for any ambition. Insinuating, Would Phillip cheat on Lily, too? But I never cheated on Katherine, that’s bullshit. Don’t get upset, I believe you. Fine, all I’m saying is, Katherine didn’t want to get divorced for a long time before you and I—met—after forty years!—just crashed into each other at the dentist’s. You’re right, Katherine may think she knows you, but she doesn’t know us, Phillip and Lily. We are soul mates, aren’t we? If there is such a thing, Lily, if there is.

Finally, there came a point when we said to Reuben: this is it. We’re buying. No matter that this place was on the Upper East Side and we wanted to live on the West. And what if there were a total of three available electric outlets in all four rooms? Your computer, my computer, and a TV. Dinners by candle light. We could fix the exhaust from the dryer, so it would actually reach a window. The emergency button in the elevator didn’t work? We would take the stairs. The brochure for this condo promised, “Summer gives way to Spring. Time to make dandelion wine.” Nonsense, but we liked it, and ultimately it was simply time to start living together. Nothing to be afraid of, right?

Only that Lily nearly burns the new place down trying to bake a sweet potato. And Phillip has started writing school-boyish poetry again. Let’s pour our lives together into a chalice. Name it home. / We’ll sip it slowly . . .  I’ve known old fools, and now look at me . . . Love knows no limits / but I keep stumbling at the threshold . . . Here’s our house, finally / It’s filled with feelings / Love, Grace, and Art /—and nothing else. / Still empty, it has no blemishes / The smell of burnt toast in the kitchen / our only decoration and pride . . . Four rooms, and none / for discontent.

Olga Zilberbourg is a writer and editor currently residing in San Francisco. Her work has appeared in Narrative Magazine, Santa Monica Review, Cafe Irreal, J Journal, Prick of the Spindle, and others. She blogs at www.zilberbourg.com.