No One Asks the Harpy 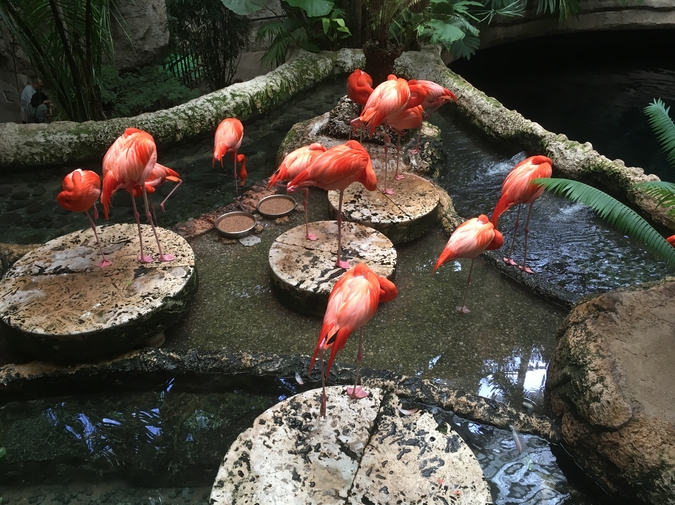 I will choose what my body chooses for me, considering I don’t decide to breathe but do. Considering my leg jerks up if the knee is rapped, or my back arcs with a hand behind it, fingertips lightly impressed. Even hunger pangs are a body’s way of caring for itself; still these pangs can be chosen.

For years I was of a mind to be sad the way a phone booth is sad in 2018. I know that last sentence was flippant. Still, both sadness and hunger do become visible. As a phone booth stays empty. As a knife and fork on an empty plate clatter like the engine of a fishing boat moving out into open ocean at the precise moment when sun and moon share the sky.

As between the sun and moon a harpy dives out of the sky: the scavenger half-woman, half-bird. Her wingtips shear the water. She has a woman’s face and neck, long hair, talons, and a swollen feathered belly. She is considered beautiful and/or monstrous.

My friend told me, it’s just about you needing control. I did not respond when she said this. Considering nothing is just about anything. I ate toast dry, meat lean. I had dreams about oranges. I was broken by hunger and for hunger, as the repetitive absence of an object became the object itself.

Considering hunger, metaphorical. I remember, as a child, playing Hungry Hungry Hippos, the objective of which is to collect as many marbles in your hippo’s mouth as possible.  Considering the hippos were not just hungry, but hungry hungry. What would they be if hungry hungry hungry? How many times must I say hungry before it loses meaning? Night after night, I shut my bedroom door then touched my own body.

But I will refuse to assign a meaning to the past. As the word hunger often denoteds existential, spiritual, emotional, or aesthetic desire, lust, need, craving, wistfulness, longing, etc. The harpy tries to comb her long hair with her talons and gashes her cheeks instead. My teeth began to lose their enamel and my stomach grew taut.

I do not know whether referring to a person as a body strips their humanity or highlights it. An animal’s body can eat grass, but a human’s will vomit it. Hippos, among the largest living land mammals, eat 80-150 pounds of grass a day. In my dreams, I peeled the oranges then split them open to find they were lemons. As a group of hippos is called a bloat.

My friend told me, you’re trying to be perfect. I find that hunger originally meant desire with spiritual longing. Considering Anorexia Mirabilis, a historical eating disorder in which female mystics starved themselves to become close to God. As these women were considered saints. As a group of saints is called a communion. As in the act of not eating alone, the dining table becomes a private altar.

Every time I did not eat, I first said grace to you, Hunger. I said your name and at the first syllable, my tongue leapt to meet the roof of the mouth and at the second syllable it curled like the paper petal of an origami flower. That last sentence was self-poeticizing—this is one way of trying to be perfect. Self-mythologizing is another; e.g., once I thought the word desultory meant on fire and used it to describe my soul, then I found out it means completely random.

In Greek myths, the harpy takes her orders from the gods. She is sent to punish mortals by stealing the food off their plates and throwing it on the ground. She eats bits of plastic from the beaches and the plastic sits in her gut. She watches the plovers running like wind-up toys. I, on the other hand, didn’t need anyone to punish but me. At least that’s what I told God, and God looked at me and said nothing—he and I were never close. See also, the peeled lemons in my dreams, little worlds without sweetness.

See also “dystopia,” a popular literary genre intended to help us see our own suffering clearly. As in The Hunger Games, a dystopian series of novels, also series of movies starring Jennifer Lawrence, who brought a Slim Jim, protein pack, and pop rocks in her clutch to the Oscars, after the previous year having described on the red carpet how she had forgotten to eat and was “starving.”  See also, “starving,” a word that specifically means to suffer severely or even to die of hunger. See also, “Jennifer,” a name that means “white shadow, white wave.”

See also, hunger, socio-politically defined as food scarcity, by which definition I have never experienced it. Considering it is pointless to consider whether my own refusal to eat was an extension of my privilege or whether, born of this America, I had no choice. Considerations accomplish nothing, like the lemons in my dreams, leathery and scabbed, shriveled to the size of walnuts.

As I couldn’t stand to watch Hunger, the 2008 film about prison hunger strikes. As hunger strikers reclaim for themselves the choice to live or die. See also, suffragettes. See also, Guantanamo. As no one asks the harpy what she considers herself: woman or beast, angel of destruction or agent of change. As angels have masculine names yet a group of harpies is called an illusion of power. Still I had many choices.

Considering the four hippos in Hungry Hungry Hippos were called Lizzie Hippo, Henry Hippo, Homer Hippo, and Harry Hippo, but a later edition replaced the hippo named Lizzie, with one named Happy, and even the cipher of a hungry femininity was gone. A miraculous fasting girl could be a tourist attraction, a financial boon to her family, until she died. Until then, she sat, named perhaps Lizzie or Happy or Jennifer, tied to a chair by yards of white fabric, staring into the wall like the mind of God. The knots around her legs were too tight, though I tried to undo them.

When I said God and I were never close, I lied. Considering when women eat together we are not eating alone. As a good friend will still try to explain a woman to herself and it is like pushing a cold fish down her throat. As the harpies live together in a matriarchal society. They make nests out of old pudding bowls lined with paper towels. They hatch with few or no feathers. They take turns diving under the waves and come up gasping, saltwater filling their nostrils. There are many acts in which the self can be lost.

My friend told me, you must lack a core identity. We were talking on the phone, so it was easy for her to say this. Considering the patella, the sternum, the rib. Considering my own fingers against my own neck wake a bright pang. The angle at which the plunge-diving harpy hits the water cannot be mathematically reproduced.

I built a house for you, Hunger, with my own ungloved hands, and you came into the house and touched the walls and the walls opened and I stood inside with nothing around me but you.

Once I dragged out the trash at the precise moment when a harpy was visible in the sky. When she plunged through the air towards me I tried to move my arms to shield my face from her attack but there was no attack, just my own feathers, my own talons, my own wings in the air. I looked down at her, small and human, standing in the driveway, holding a plastic sack. I took the sack.