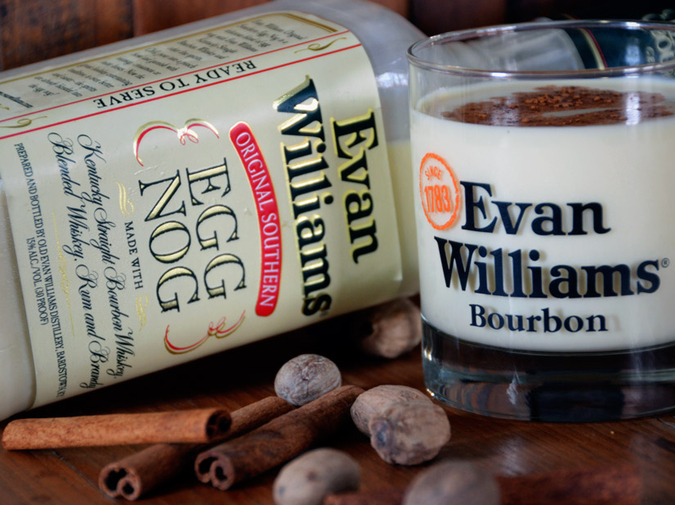 What I Want for Christmas

I want to want to write again. Every month, I drag myself to my desk and scratch at the words in the bottom of my gut.

In the spirit of the season, I’m thankful for Hobart. They keep me coming to the desk, despite how difficult it is to force myself into the seat. But, I often feel sorry for bringing it down to the wire every month, two days out now from the column posting, and I’m still writing, still tweaking, still haven’t gotten it to Aaron. Every month I do this, though every month I promise the next will come early and easy and yet it never comes easy, not like it used to. It comes now like a thick-knuckled dragging up my throat, like I’m turning myself inside-out.

I want this column to be as good as last months, but I’m not sure that’s going to happen.

I want some more of this Evan Williams Eggnog. My wife brought a bottle of this goodness home from Black Friday last year, and yes. I was wary at first, given that Evan Williams isn’t necessarily associated with great whiskey, though their Single-Barrel Select can get the job done right. And, the fact it can sit on the shelf unrefrigerated was unnerving, though I suppose that's no different than Bailey’s and other Irish creams.

I want to remember the Christmas I first tried eggnog. My mom was there. I was maybe 10. I didn’t understand the thickness, but I wanted her to be glad.  I wanted to like it, and I did, and I wish it was always that easy. It was drinking Christmas, back when I still understood Christmas. I remember a strong taste of vanilla and cream and cinnamon and a spice I didn’t know yet, but mom said it was nutmeg, said it was used in pumpkin pies and on sweet potatoes. When I really think about it, my mom taught me much more than I give her credit for.

I want to tell you about nutmeg, this story on NPR the other day, about how in the colonial era the Dutch wanted a monopoly on the nutmeg trade, and basically committed genocide, and there I go again.

This Evan Williams Eggnog has all of what you’d expect in a nog. That strong taste of Christmas, of vanilla and cream and cinnamon and nutmeg. In the end, as its thickness coats the back of your tongue, you find the whiskey and the brandy and the rum, and it’s almost unexpected even though you know the label reads Evan Williams. But it’s there, unmistakably, and it works and it even tastes good against the spice of the cream, and if nothing else, it shocks the memories, it gets the fingers moving.

I want to live in Rockwell’s Christmas, where songs about dreaming of white Christmases and winter wonderlands make sense. I’m not a Scrooge, at least, I don’t want to think I am. I don’t dislike Christmas. I just don’t like being expected to like it. It feels unearned, romanticized. I love Christmas, the time with my family, seeing my niece and nephews’ faces as they open their gifts. But there’s also the obligations, the mad rush, the gray skies and cold wind. I want to have some sort of insight about getting past that, about learning to revel in the season, but I don’t. The other night, my wife asked me why I dislike Christmas, and I didn’t have an answer for her other than, “I don’t dislike Christmas,” and some stammering. I’m often inarticulate.

I just want the good of the season to be earned. What is earned is always the more meaningful, and more than anything, I want Christmas to be meaningful.