Nine Paragraphs about the Future (In Jacksonville, Florida) 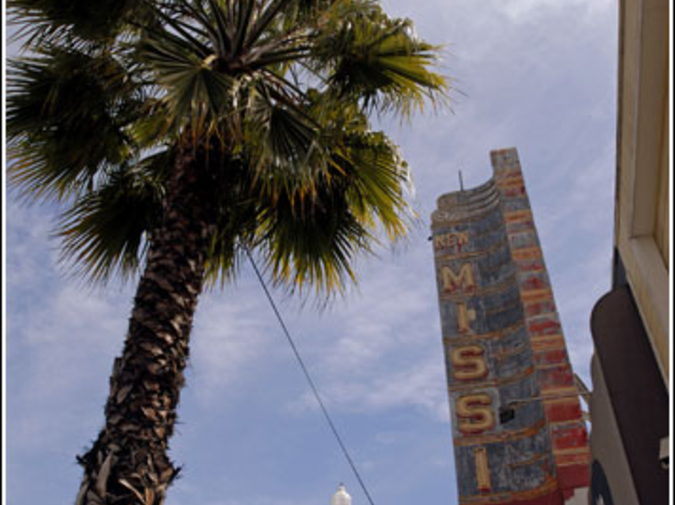 In a city where everything feels a bit belated, where the clever ones agonize over looming hindsight, our advertising company accelerated toward modernity, at last, on February 13, 2007.

There was no sudden decimation of outdated practices, no computer or Internet upgrades or a radical shift to sole reliance on cheap foreign suppliers. After all, I was busy wasting time making anagrams about things I soon forgot. What happened simply was this: in the afternoon, while I was writing when I should have been working, my father, who is our president and owner, approached my desk with a box marked with characters from an Asian script. He said, "Ha, here's my martini glasses that I had overnighted from Xian, China."

The glasses were for a vodka distributor based in Maine. Someone passed by as he unwrapped layers of bubblewrap from around the glasses, and she said, "Wow, those Chinese sure bandage those glasses tighter than mummies. Shipping and Szechuan and math--what can't they do?" I cannot decide how to write that sound when you grit your teeth and suck air backward over the top of your tongue to your throat--an inverted "s" that says, sometimes condescendingly, ouch. The glasses were nice; rather typical martini glasses except for infusions of color running down through the stems: red, blue, and green. I liked them despite my unchanged opinion that work is a distraction and the things we sell are laughable.


4. O Pilcrow for the Yesterday that I Never Knew

When my grandfather bought this company in the 1960's, it was a small, local operation. He was not importing glasses from China to sell to a customer in Maine. Why does it always sound self-indulgent and preposterous to mention the changes that occur over time?

My father said, "You know, we're top-heavy with office space. We have too much unused space inside, and we're suffocating in the warehouse. Once these new programs take off, we'll have to get a larger warehouse. I've been looking at a space out in Springfield that would be perfect for us; I was surprised how much they've restored that area. One of the biggest ad firms in the city was looking at additional office space in the same spot." What my father said surprised me; Springfield was an old, mossy neighborhood, full of beautiful mansions that during the past century had rotted into drug dens. Well, that summary may be a touch dramatic. Maybe not. My Masonic lodge is there, next door to the bar where I first tried to kiss the girl who became my wife. Long ago, when Springfield was home to the city's industrious leaders, my wife's ancestor lived in the house that later became that Masonic lodge. Tell me that isn't the most interesting thing you're learned today. Nonetheless, today's conventional housewives' wisdom would dictate that you should not, under any circumstance, walk around there by yourself late at night. There are people whose gruff shouts and retorts will sound chanted from the belly of wordless nonsense, and their shirts are stained with violence. People on bicycles might shoot you. Dead. Then you are a raindrop dissolving into the tongue of the god of the damned. Says the hussif. People do shoot people there, though, just like anywhere else in America; but these people are terrifying because they are poor and they watch you with eyes, their own eyes, so wildly not yours, from porches badly needing paint, as you drive past.

I knew that during the last decade, maybe less, the area along Main Street had been renovated by entrepreneurial aesthetes who were attracted by the low rents, but I didn't know that the corporations were following right behind them. Yet I did, I must be lying, because that's usually the case, once a deteriorated area had started to be made safe again for German autos and professional women wearing pinstriped skirts. I am not thinking clearly. Perhaps I don't care enough.


7. Illumination, or The Epics Are Elsewhere

And thus, on February 13, I noticed the initial saturation from the deluge of modern commerce that had flooded into us, that was surging toward dilapidated neighborhoods to flush out the criminals and crack whores (along with the good people who don't deserve to be classed within that easy alliteration and probably those poor saps who had bravely started the revivification) with a backwash of expensive rents, and then deposit us like a quartz sediment, with more employees and more inventory. We're high-speed, we're in dialogue with the Chinese, and there are dozens of planes crossing the skies right now that concern us. We are twelve strong. O, Significance. Connectivity. (The crawl of civilization). This was history, however silly and minor it may be, pronouncing its mild and pedantic susurrus.


8. Beyond the Edge of Light

Can I really describe a "susurrus" as "pedantic?" No matter. I did, I will not be challenged. Anyway. What I took away was the feeling that the art of wasting time will necessarily have to become more discreet, more precise, a multum in parvo minimalism. The vastness of misspent time on which to buoy my mind was drying up. I felt sad and constipated with ghosts.

On my sofa, I have been poking at my belly with my pinky and it feels soft, womanish, undecided. I am empty of questions and I am not thinking (you will believe me) about many things, such as the diminishing of my vocabulary so that I can only discuss vague inexactitudes, nor about gastritis, slower reaction time, infantilization, embarrassing lapses of reason, cirrhosis, skin wrecked by toxins and dehydration, diarrhea, memory loss, sexual dysfunction, shaking, bodily odors, in short, nothing about the all-inclusive romance of alcoholism, because change is upon us and for perhaps unrelated reasons I remind myself that I am in love and anchored to everything that has not yet happened.

William Peterson graduated from the University of Florida in 2004. This is one of his first publications. For further clarification, due especially to operators at FedEx call centers who hear something alarming in my name, he'd like to emphasize that he is not the star of CSI. If he were, he'd probably not be inspired to write about being the bottom man at a small advertising company, not dissimilar to the one where he tries not to work. Or maybe he would, who knows. In any case, he bets that William Petersen likes his job better than this William Petersen does. No matter. He lives in Jacksonville with his wife and pug.